A delegation of Uzbekistan arrived in Pakistan 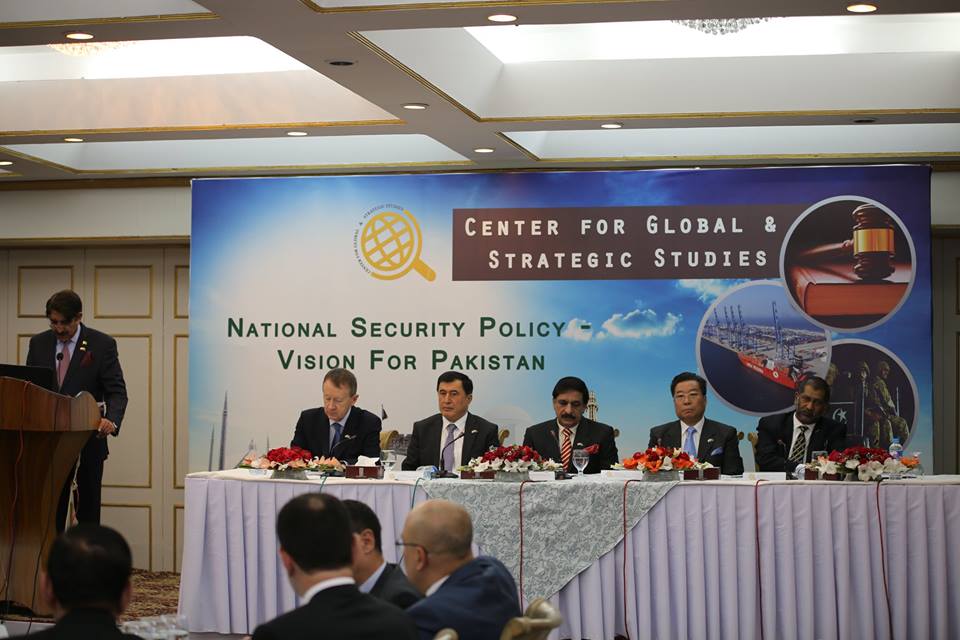 In December 2017, the director of the Institute of Strategic and Regional Studies under the President of the Republic of Uzbekistan, V.I.Norov, paid a working visit to Pakistan. During the trip, the Uzbek delegation took part in the international conference "National Security Policy - View from Pakistan", organized by the Center for Global and Strategic Studies, as well as a seminar held by the Chamber of Commerce and Industry of the Islamic Republic of Pakistan on the economic potential of Uzbekistan.

In addition, meetings were held with the advisers of the Prime Minister, the Minister for Science and Technology, the leadership of the armed forces, the Permanent Coordinator of the Committee on Science and Technology of the OIC (COMSTECH), and the All-Pakistan Society of Newspapers, the Agricultural Research Council, the Pakistan National University.

In the Pakistani expert circles, information on the large-scale reforms carried out in Uzbekistan, the results of the implementation of the "Strategy for Actions for 2017-2021" and the key provisions of the Message of the President of the Republic of Uzbekistan, Sh.Mirziyoyev, to Oliy Majlis, aroused wide interest. Within the framework reforms measures were taken to ensure the accelerated development and modernization of society and the state, the active development of the economic, investment and export potential of the country, as well as the implementation of a number of promising industrial and infrastructural projects.

In the course of the talks, a fruitful exchange of views took place on the priorities of mutually beneficial cooperation, incl. on security issues in the region, assistance in the settlement of the Afghan problem, the creation of multilateral transport corridors, as well as further development of the relationship between the business and scientific communities of the two countries.

At the same time, speaking about the priority directions of development of trade and economic relations, the participants of the meeting highly assessed the investment attractiveness of Uzbekistan, caused by the following main factors: a) low production costs; b) a significant domestic sales market; c) duty-free access to CIS markets; d) integration into the Euro-Asian multimodal communication system.

As a result of the event, an agreement was reached to sign a Memorandum of Understanding between the ISRS and the Association of «think tanks» at the National University of Science and Technology (NUNT), as well as to provide joint research to expand the formats of cooperation between the leading analytical structures of the two countries.