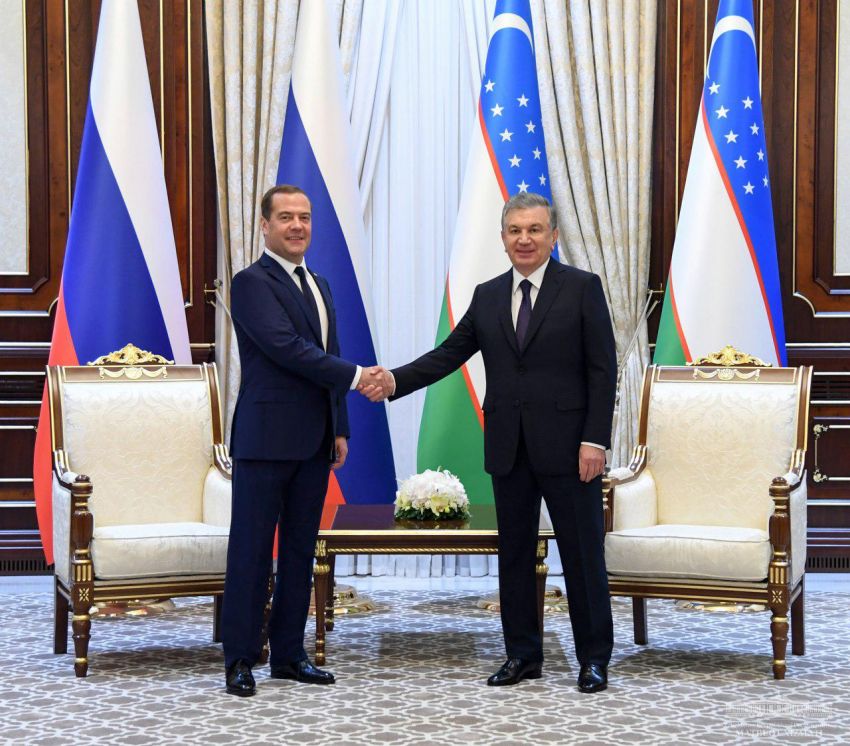 Today, the President of Uzbekistan Shavkat Mirziyoyev received the Prime Minister of the Russian Federation Dmitry Medvedev, who is in our country on a working visit as part of a session of the SCO Council of the Heads of Government.

The head of our state, warmly welcoming the guest, noted with deep satisfaction the dynamic development of Uzbek-Russian relations based on the traditions of centuries-old friendship, confidence, mutual respect and support.

Dmitry Medvedev, expressing his sincere gratitude to the President of Uzbekistan for the cordial welcome and attention paid to the comprehensive promotion of multifaceted relations between the two states, conveyed greetings and the kindest of wishes from the President of Russia Vladimir Putin.

It was pointed out during the meeting that intensive contacts and constructive dialogue, primarily at the highest level, has contributed to the uplift of the bilateral cooperation to an unprecedented level and filling it with new practical substance.

The progressive advancement of trade, economic, investment and industrial cooperation ties was noted with satisfaction. Promising projects are carried out in the oil and gas, energy, transport, agricultural and other sectors. Interregional and cultural-humanitarian exchanges have been expanding, including in the fields of science, education and tourism.

Shavkat Mirziyoyev and Dmitry Medvedev exchanged views also on pressing issues of the regional and international agenda. Shared desire was expressed to enhance cooperation within the framework of the UN, SCO, CIS and other multilateral institutions.

The meeting has helped discuss issues of preparation for the forthcoming events at the highest level.

Mutual commitment was confirmed to further the relations of strategic partnership and alliance between Uzbekistan and Russia.

Shavkat Mirziyoyev received the Prime Minister of the Kyrgyz Republic

President of the Republic of Uzbekistan Shavkat Mirziyoyev has received the Prime Minister of the Kyrgyz Republic, Muhammedkaly Abylgaziev, who arrived in our country to participate in the meeting of Prime Ministers of SCO member nations. 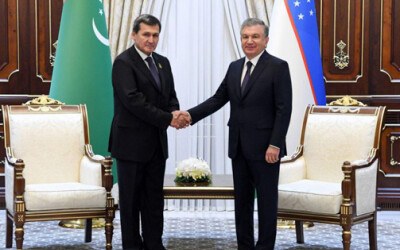 Today, on November 1, President of the Republic of Uzbekistan Shavkat Mirziyoyev received the Deputy Chairman of the Cabinet of Ministers, Minister of Foreign Affairs of Turkmenistan Rashid Meredov, who is in our country on a working visit to participate in a session of the SCO Council of the Heads of Government.