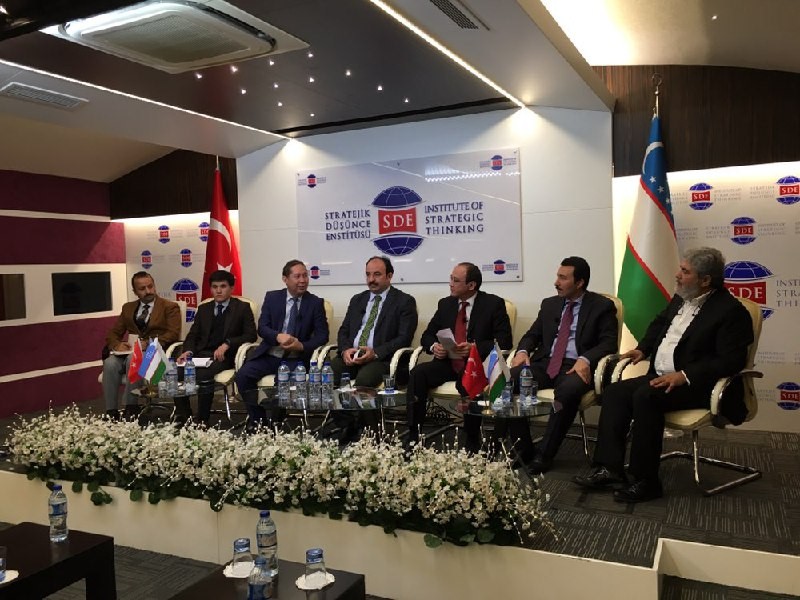 In November 2018 in Ankara with the assistance of the Embassy of the Republic of Uzbekistan in Turkey, representatives of the Institute of Strategic and Regional Studies under the President of the Republic of Uzbekistan conducted a series of bilateral events dedicated to analysis of the state and prospects for the development of multi-dimensional cooperation between the two countries. The sides stressed the timeliness and relevance of holding the regular expert dialogue in the light of the historical agreements reached by the leaders of the two states in Ankara and Tashkent.

During the Uzbek-Turkish round table discussion at the Center for Strategic Studies at the Ministry of Foreign Affairs of the Turkish Republic, it was noted that the state visit of President Mirziyoyev Sh.M. to Turkey in October 2017 opened up a "new era of cooperation" between the two countries. Relations between Tashkent and Ankara have acquired a strategic, multifaceted and long-term nature. 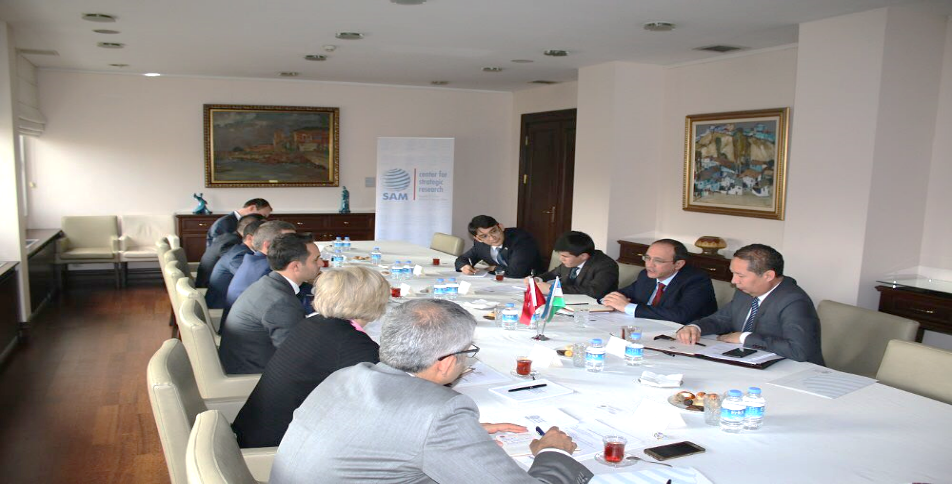 Moreover, as Turkish experts emphasized, the decision of the leaders of the two states to establish a bilateral High-Level Strategic Partnership Council will give a qualitatively new dynamic to the further strengthening of relations between Uzbekistan and Turkey. In this regard, Ankara is looking forward to the visit of the President of the Republic of Uzbekistan to the Republic of Turkey in 2019.

In the framework of the conference “Prospects for a multi-faceted strategic Uzbek-Turkish partnership”, organized jointly with the Institute of Strategic Thinking (SDE), Turkish representatives particularly focused on the dynamic processes of internal development. In particular, the deputy head of TIKA, Mehmet Surayoh Er, who will soon head the Turkish Embassy in Tashkent, elaborated on the results of the implementation of the five priority areas of the Actions Strategy.

As Turkish experts pointed out, large-scale reforms are transforming Uzbekistan into a stronger, rapidly developing state. Transformations will not only increase the country's role in the region of Central Asia, but also strengthen its prestige in the international arena as a whole. 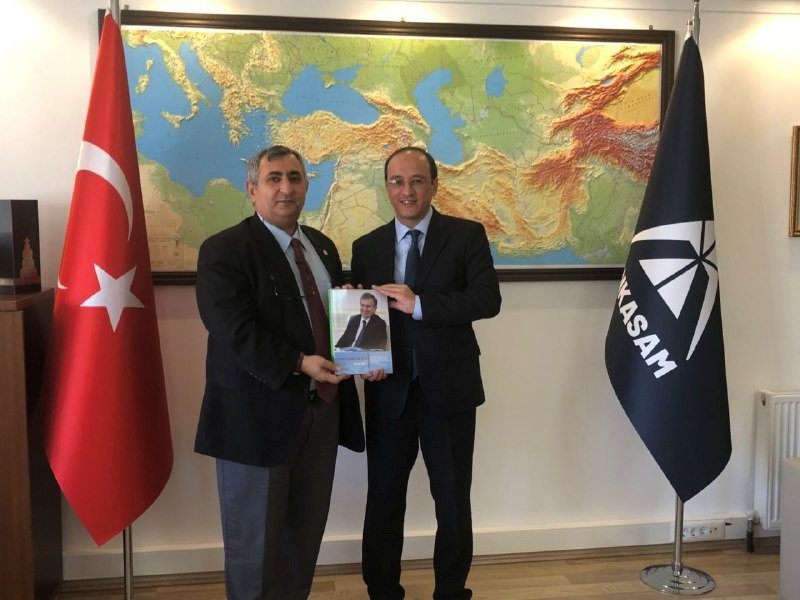 H.Eren, head of the Turkish Association of Eurasian Economic Relations “EkoAvrasya”, also shared his own assessments regarding the Action Strategy during the meeting with representatives of the ISRS. In particular, in his opinion, the large-scale reforms begun in 2017 in Uzbekistan, as well as an open, pragmatic and balanced foreign policy of Tashkent opened up new prospects for the development of mutually beneficial relations and long-term cooperation between the two countries.

It was emphasized that Uzbekistan and Turkey, which are located in the geostrategically important regions of Eurasia, are natural partners in the implementation of large transport and communication corridors along the East-West and North-South lines. This is also facilitated by positive changes in Central Asia, which create favorable conditions for the further expansion of mutually beneficial, equal and multifaceted cooperation between Tashkent and Ankara. During the scientific and practical seminar held at the Center for the Study of Political and Crisis Situations (ANKASAM) the main attention paid to the initiatives of the President of the Republic of Uzbekistan Mirziyoyev Sh.M. on the promotion of enlightened Islam.

Thus, according to Turkish experts, in the era of globalization characterized by religious radicalization, the modern world needs new ideas to promote the true values ​​of Islam. 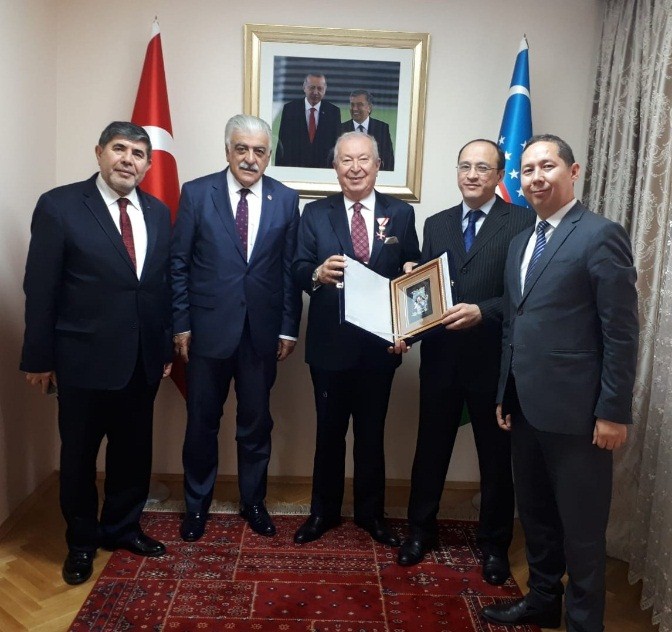 In this context, as Turkish experts emphasized, conceptually new initiatives by the Uzbek leader on the promotion of enlightened Islam, voiced within authoritative international organizations such as the UN and the OIC, are of particular importance.

In a short time, the Imam Al Bukhari International Research Center in Samarkand and the Center for Islamic Civilization in Tashkent opened in Uzbekistan.

Pointing to the critical importance of these initiatives, as well as the great spiritual and intellectual heritage of Uzbekistan, representatives of ANKASAM underlined the need to implement joint research projects to popularize enlightened Islam, conceptual and theoretical foundations of which laid by world-famous Islamic scholars, such as Al Bukhari, Imam Moturudi, Naqshbandi and others.

As the representatives of the Turkish Center for Strategic Studies Sahipkiran pointed out, “Turkey looks at Islam through the eyes of Uzbeks, since the prominent figure of the Islamic world Imam Moturudi, a native of Uzbekistan, laid the foundations of the religious worldview of the Turkish people.”

In general, the Turkish policy-making and expert circles highly appreciate the high level of bilateral strategic partnership relations between Uzbekistan and Turkey. The volumes of mutual trade are growing from year to year, the flow of Turkish tourists to Uzbekistan is steadily increasing due to the lifting of visa restrictions, and implementation of large investment projects has begun.

The President of the Political and Social Research Foundation “MARMARA GROUP” A.Suver emphasized that in Ankara they are firmly set to further deepen the strategic partnership with Uzbekistan. According to Turkish representatives, “today our goal is to further fill this path with new content and practical deeds”.