On the meeting with the PRC Ambassador in Uzbekistan 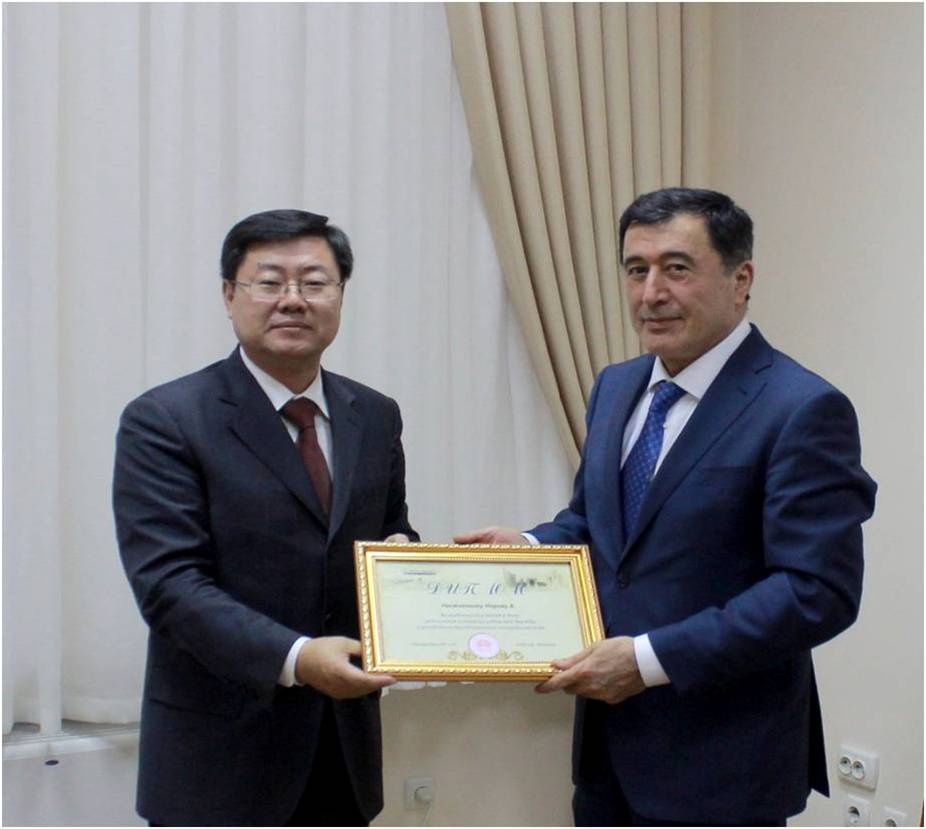 At the Institute of Strategic and Regional Studies under the President of the Republic of Uzbekistan, a meeting was held with Ambassador Extraordinary and Plenipotentiary of the People's Republic of China Sun Lijie. During the conversation, the state and prospects of bilateral Uzbek-Chinese cooperation were discussed.

As the Ambassador of the PRC noted, for 26 years of establishing diplomatic relations between countries, Uzbekistan has truly become a reliable friend, a consistent and responsible partner of China in the region. The state visit of President Xi Jinping to Uzbekistan in June 2016 and the establishment of a "comprehensive strategic partnership" opened a new page in the deepening of bilateral relations. In turn, the first state visit of the President of the Republic of Uzbekistan Sh. Mirziyoyev to China in May 2017 gave a powerful positive impetus and laid a solid foundation for further deepening Uzbek-Chinese strategic cooperation for the foreseeable future.

According to Sun Lijie's estimates, the Republic of Uzbekistan, under the "strategic leadership" of Sh. M. Mirziyoyev, has achieved tremendous successes in the implementation of the "Strategy of Action" both in the socio-political life of the country and in foreign policy, primarily in relations with the Central Asia.

At the conclusion of the conversation, Sun Lijie expressed his sincere gratitude to IMSMI for facilitating its activities to develop bilateral cooperation.