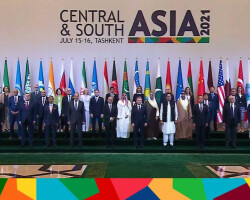 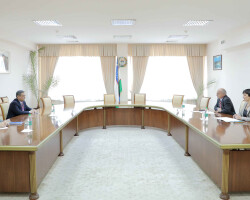 On October 27, 2021, the ISRS held a meeting with Swiss Special Envoy for water in Central Asia Guy Bonvin.