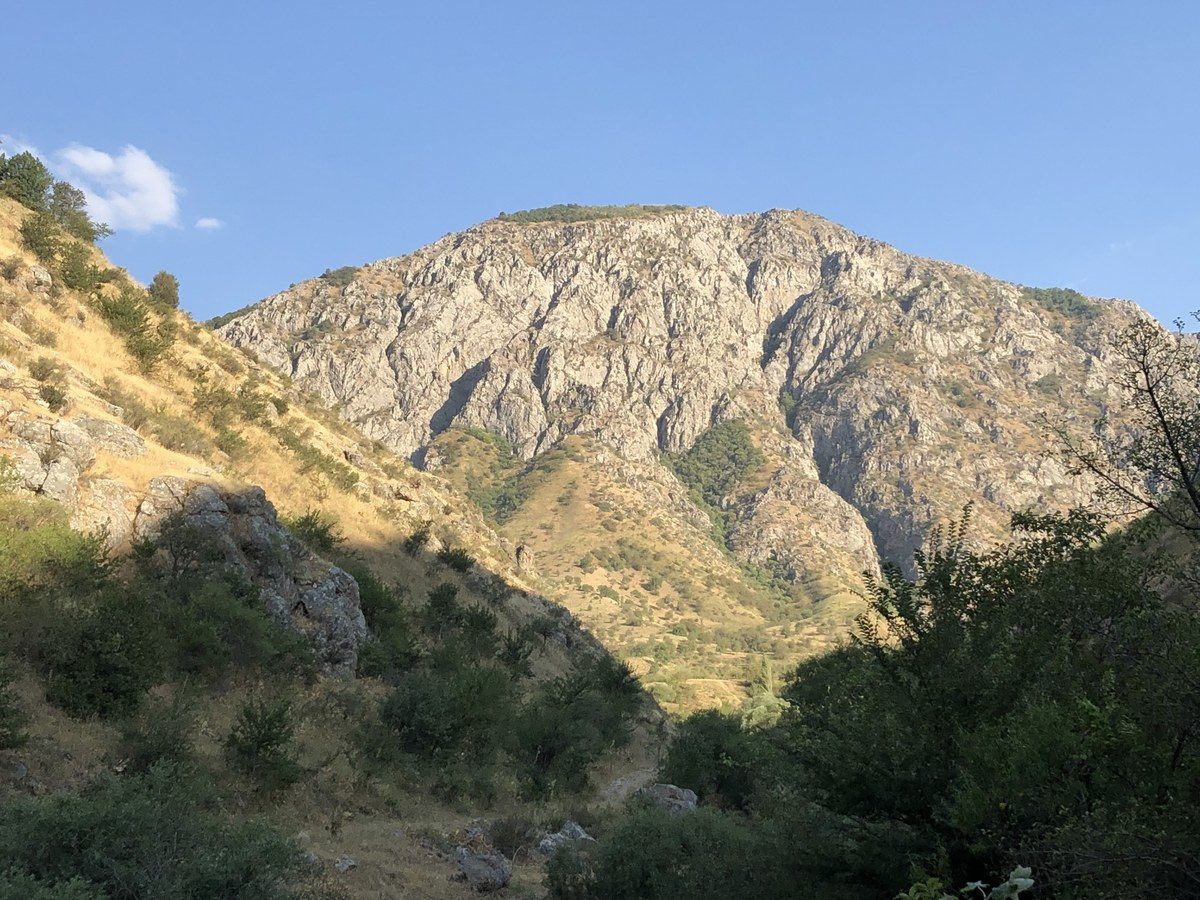 Today, southeastern Uzbekistan is marked by dry, mountainous terrain, but hundreds of millions of years ago, this patch of the Earth was the bottom of a shallow sea where bizarre creatures crept across the soft sediment. It was around this time that vertebrate animals—more specifically, the sharp-toothed Ichthyostega—first shuffled out of the water and adopted a land-based lifestyle.

The seafloor sediments have long since hardened and tilted upward as the Turkestan Mountain Range emerged. The rocks now form platy fragments of limestone. Layers just inches thick represent thousands of years of slow seafloor accretion. These layers, one following another, extend for kilometers into the upper reaches of the mountains, cumulatively witnessing roughly 300 million years. Over this time, new animals evolved and were preserved in the gooey sediments, providing modern-day explorers with a unique window back in time.

At the Kitab State Geological Reserve, visitors can see the world’s best-preserved time capsule of this momentous era in the planet’s history. It was first established decades ago as a base camp for the Soviet geologists who did much of the initial work in the area. Nestled in a leafy valley on the banks of a rustling river, the handful of buildings serve as an outpost for visitors and scholars alike. A couple of miles up the dirt road, numbers start to appear on rocks, blue paint markers counting down the eons to the most significant historical moment: the boundary between the Pragian and Emsian stages that occurred 407 million years ago.

Over time, the rocks of Kitab have become a sort of geological holy grail. Geologists travel from around the world to take selfies with this vertical rock wall. Such an extensive, continuous record of the planet’s history is nearly unprecedented, and Kitab even caught the attention of the International Commission on Stratigraphy. The Commission is a group of obsessives that scours the world for the best-preserved rocks that tell Earth’s story. Each segment of deep time is assigned to a “standard section,” where chemical, biological, and geological signals give a rich sense of conditions at the time. If you want to know what things were like 2 million years ago, for example, pack your bags for Sicily; to set your time machine for 66 million years ago, head to Tunisia. Kitab will transport you to a 407 million-year-old Earth.

Back down the road, the research station’s museum reveals the full scope of the rocks’ stories. In glass cabinets, beautifully preserved fossils—snails, corals, and soft-bodied creatures long since extinct—represent a sort of ancient zoo. Colorful geologic maps adorn the walls, the result of decades of painstaking work across the entire region to mark where one layer of rock ends and another begins. The area’s contemporary wildlife is also on display, as full snakes preserved in formaldehyde stretch several feet.