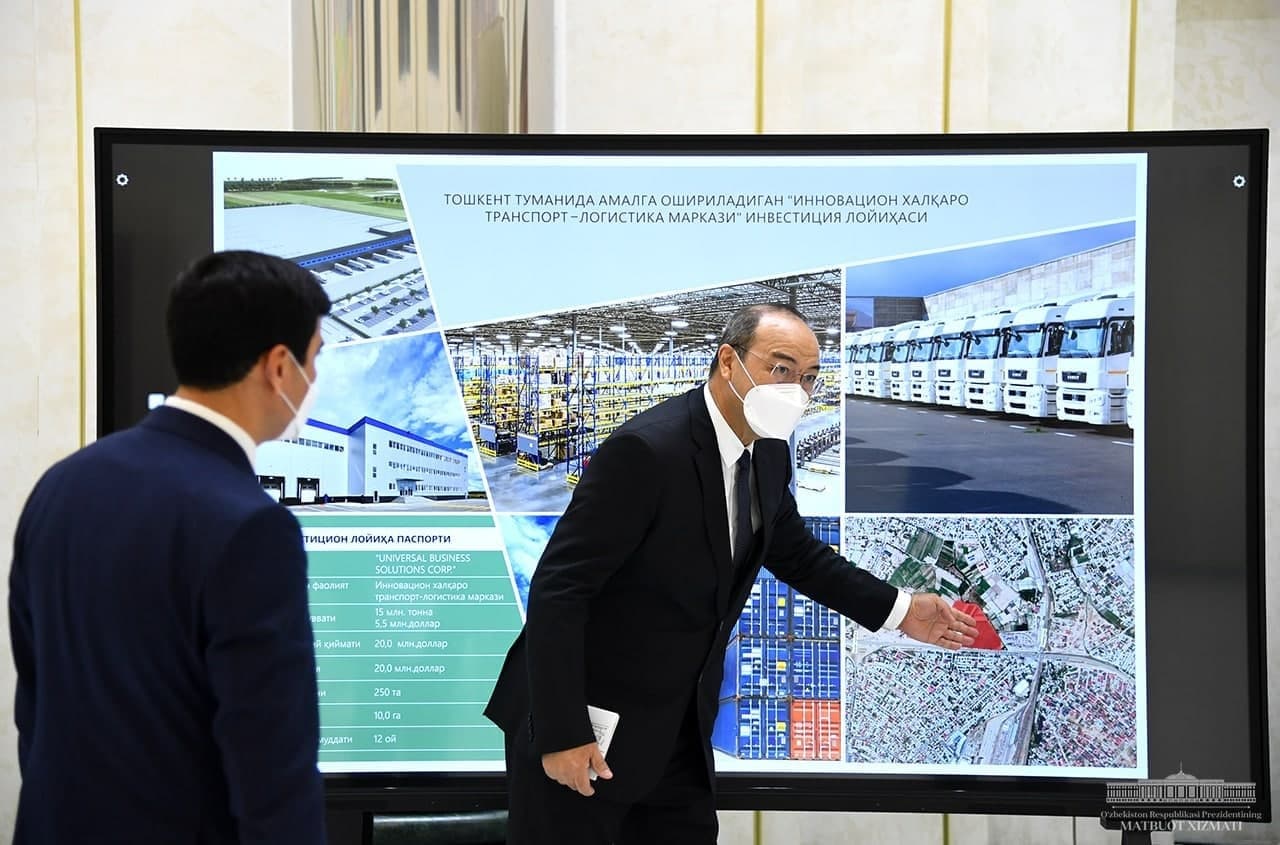 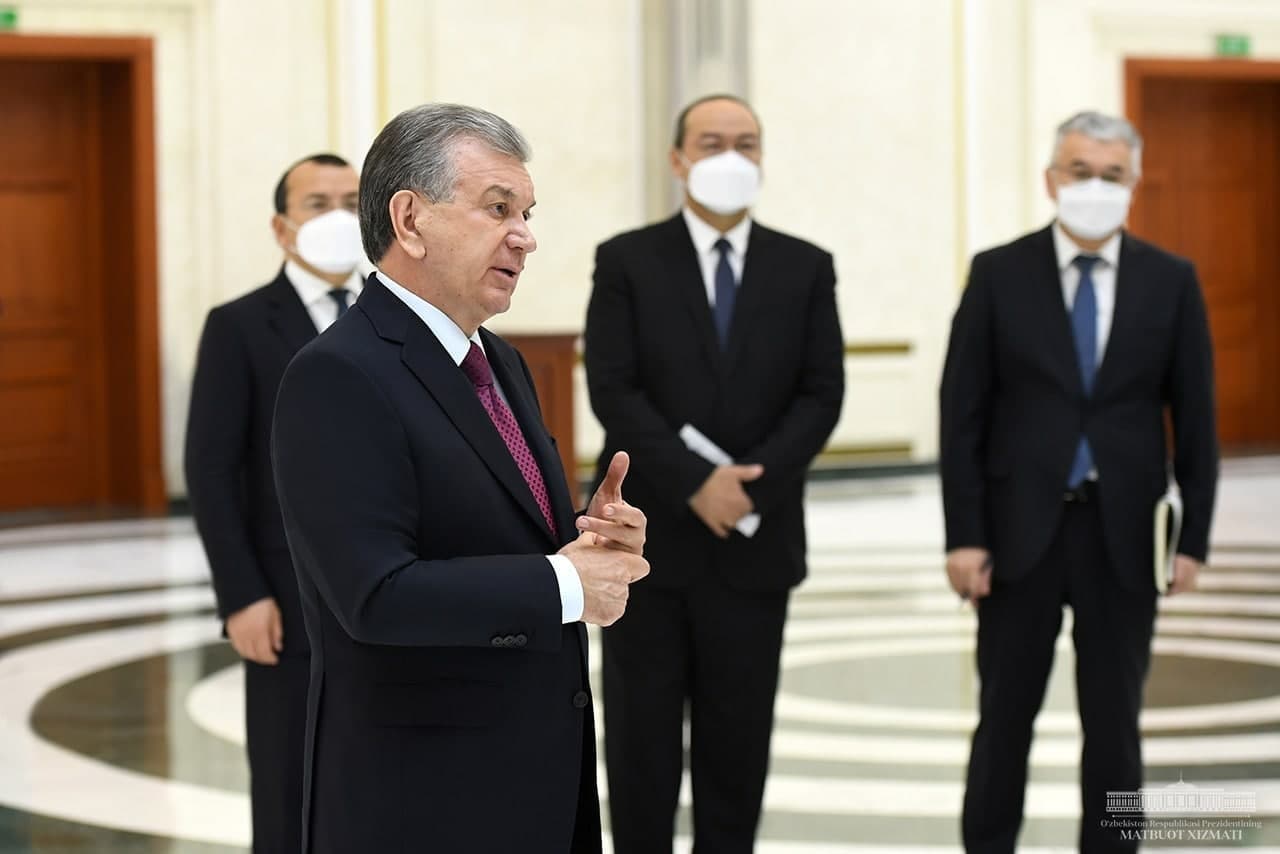 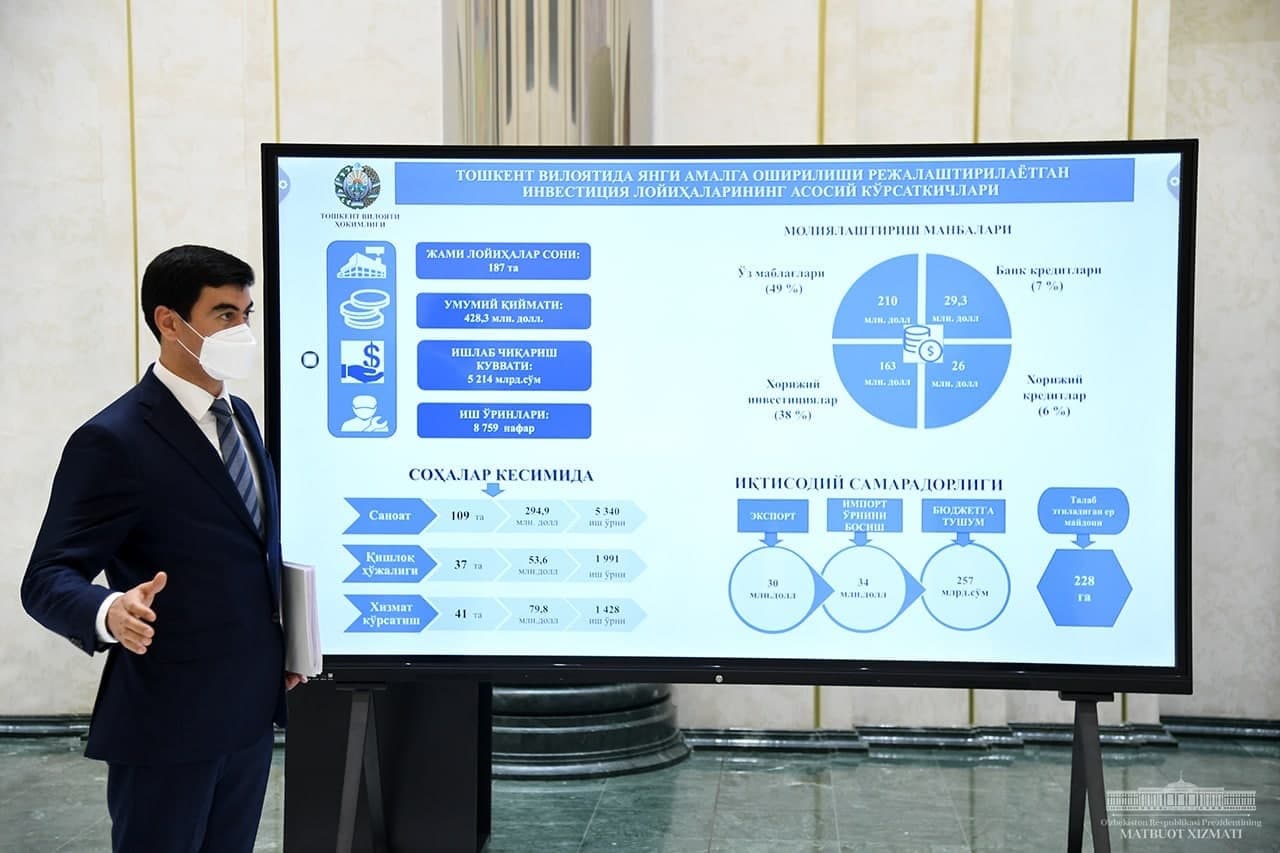 On February 8, President Shavkat Mirziyoyev became acquainted with investment projects that are planned to be implemented in Andijan and Tashkent regions.

The President was informed about projects that will be launched this year. In particular, 616 projects worth $1 billion 433 million will be implemented in Andijan region. Of these, 258 projects are in the industry, 185 in the service sector, and 173 in agriculture. As a result, production capacities for almost 10 trillion UZS will be created, there will be opportunities for replacing imports worth $95 million and exports of products worth $265 million. It is planned to create 61 thousand new jobs.

For example, Tetratex LLC organizes a textile complex in Baliqchi district. The total cost of the project is 126 million euros. It will be implemented in four stages in 2021-2022. The company will establish a full cycle of production of knitwear. At the first stage, the completion of which is scheduled for the end of this year, 2.5 thousand people will be employed, and at the end of all stages, this figure will be 10 thousand.

New projects are being formed along with intensive activities. For example, 53 new investment projects worth $782 million have been formed for Andijan region.

Information was provided on the prospects for these projects, sources of funding and infrastructure.

The Head of the state noted the importance of placing projects in the mahallas, where there is a high demand for jobs, increasing the number of enterprises based on public-private partnerships, increasing the pace of employment.

This year, 355 projects worth $1 billion 624 million will be launched in Tashkent region. Of these, 198 projects relate to industry, 81 projects to the service sector, 76 projects to agriculture. As a result, production capacities of about 35 billion UZS will be created, 13 thousand people will be employed. It is planned to establish the production of import-substituting products for $48 million and export-oriented goods for $42 million.

Besides, 187 new investment projects are planned to be implemented in the region. During the presentation, special attention was given to the largest projects.

Thus, Metal Product LLC is establishing the production of metal products in Akhangaran within the framework of a $25 million project. The annual capacity of the future enterprise will be 60 thousand tons. The company, which is planned to be commissioned in May this year, will employ 150 people.

Major projects on manufacturing bicycles for the domestic market in Angren FEZ and food products in Qibray district will be implemented.

The President noted the need for actively attracting scientific achievements and innovations in the industry, focusing on ensuring the quality and demand for products. Instructions were given on the rational use of transport and tourism potential of Tashkent region, development of the service sector.