Outcomes of talks get fixed by agreements 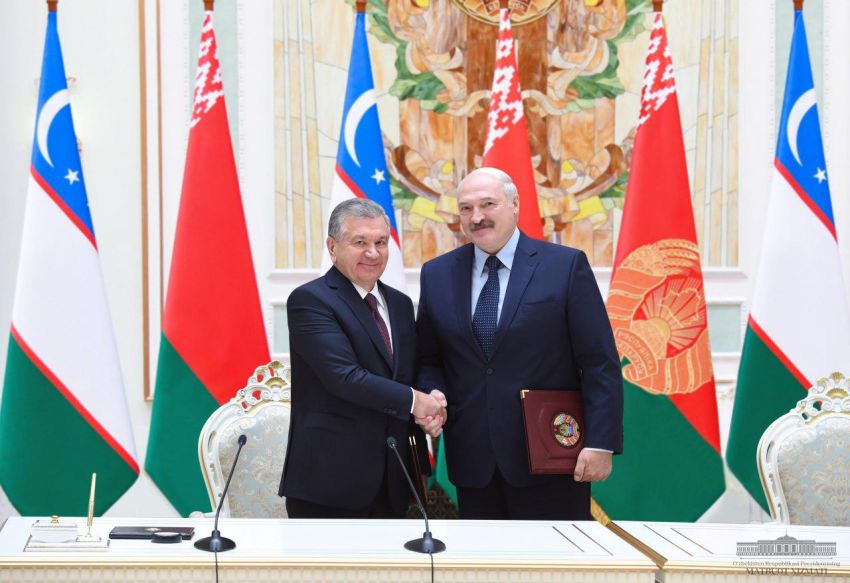 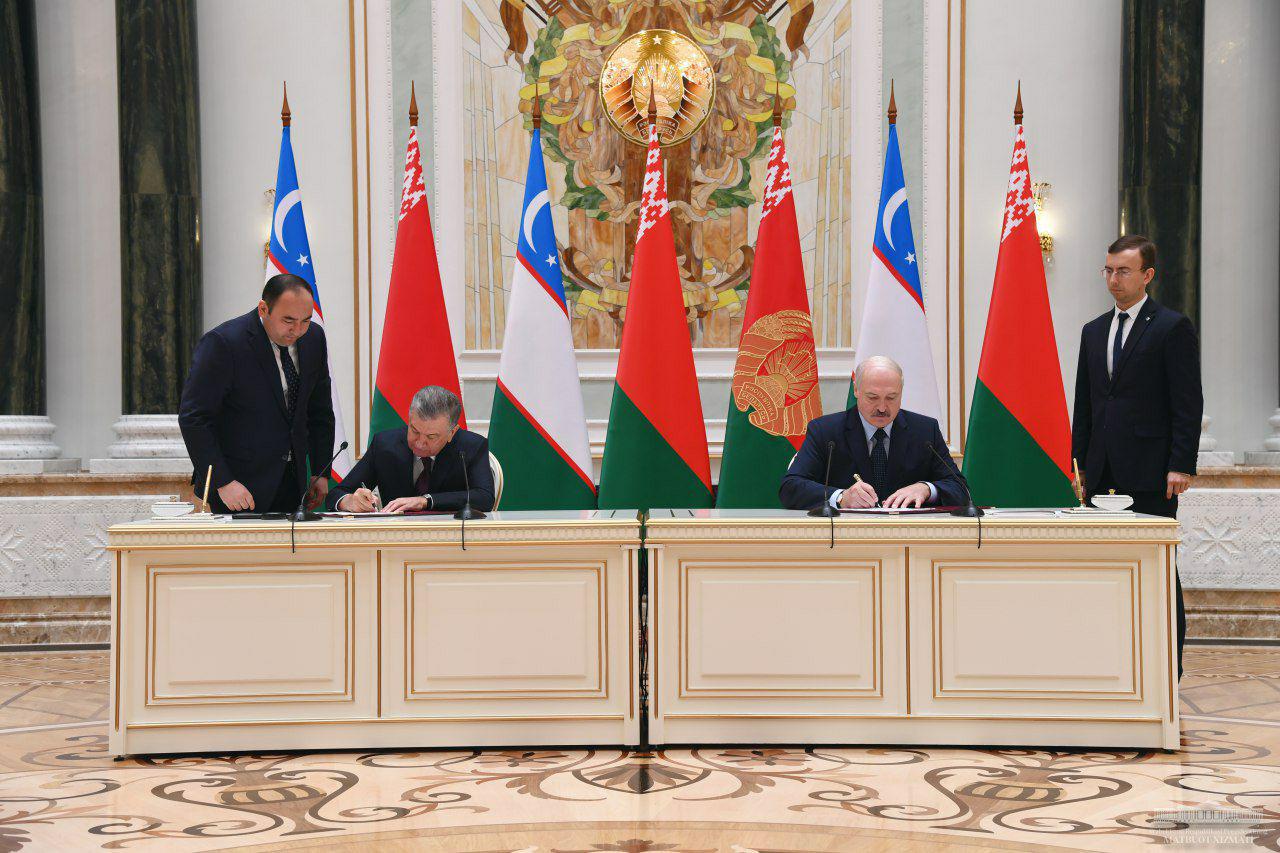 The heads of state, in addition, oversaw the signing of 11 documents between the governments, ministries and companies of the two countries. They have been inked to build up industrial and scientific-technical cooperation, interregional and investment interaction, boost exchanges and ties in the fields of education, mass media, publishing and printing business, information and communication technologies, as well as other areas.

At a press briefing, the leaders of the two states said that the talks proved candid and fruitful, and that mutually beneficial agreements were reached.

The Belarusian President noted that last year the hitherto highest indicator of bilateral trade was achieved, and that this positive trend continues through this year.

“Our negotiations have taken place in a practical, constructive spirit and reaffirmed that Belarus and Uzbekistan are strategic partners. We are pleased with the successes Uzbekistan has made in recent years. The country’s leadership not only modernizes the economy, but also spearheads revolutionary changes in the manufacturing industry, agriculture and other areas, introduces new directions. This inspires confidence in our fruitful cooperation,” Alexander Lukashenko stated. 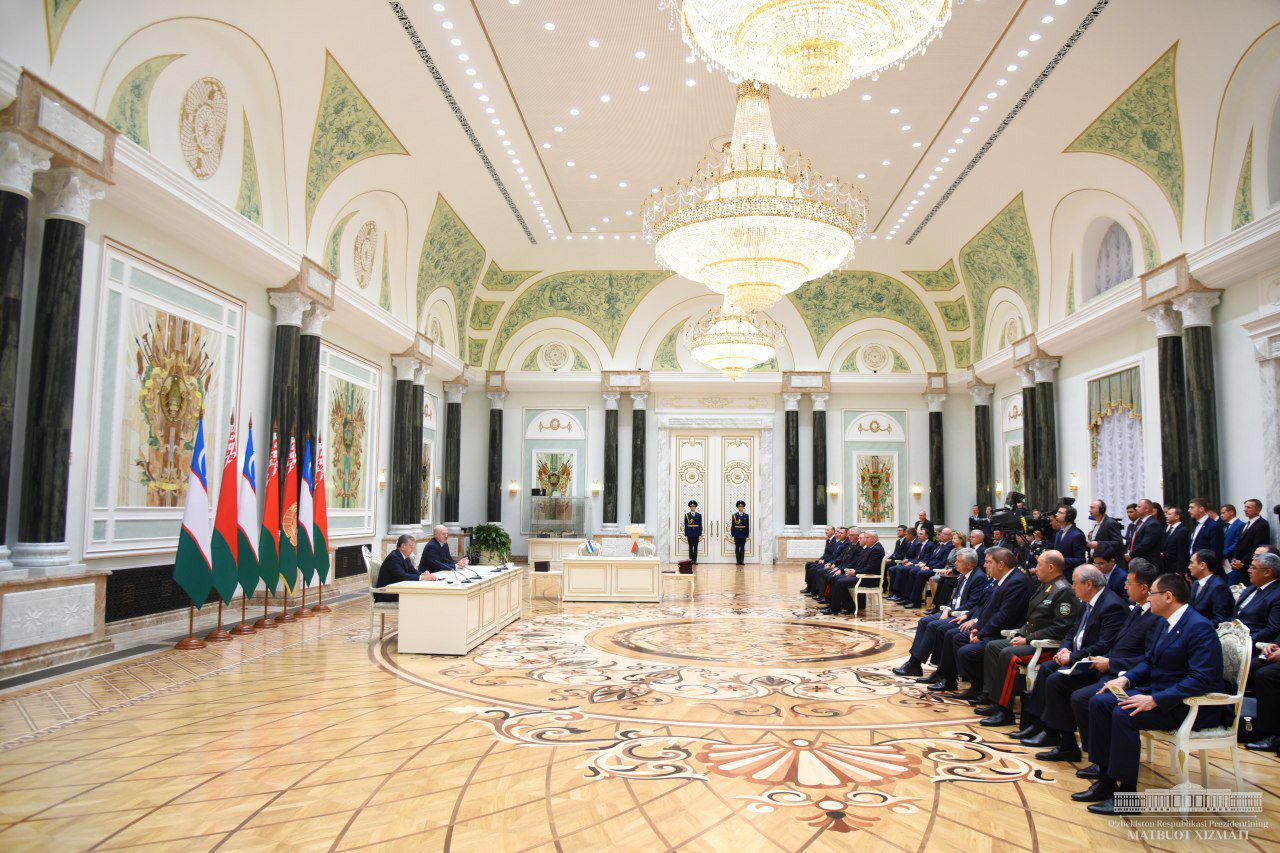 The parties expressed their readiness to continue supporting each other within the framework of international and regional institutions.

It was highlighted that at the Forum of Regions that took place in Minsk on the eve of the visit, more than dozen deals were struck between the cities and provinces of the two countries, along with contracts worth nearly 300 million US dollars.

The sides pointed out that Uzbekistan Culture Days that were held recently in Belarus became a bright event, contributing to the consolidation of friendship between the peoples of our two nations. 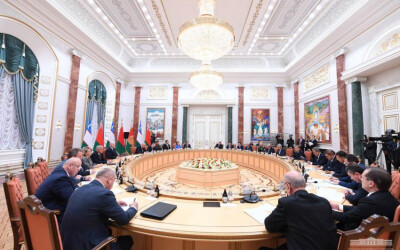 Presidents Shavkat Mirziyoyev and Alexander Lukashenko continued negotiations in an extended format with the participation of official delegations of the two countries.