Akramjon Nematov: Proactive foreign policy of Uzbekistan contributed to the intensification of cooperation between Central Asia and the EU and Turkey 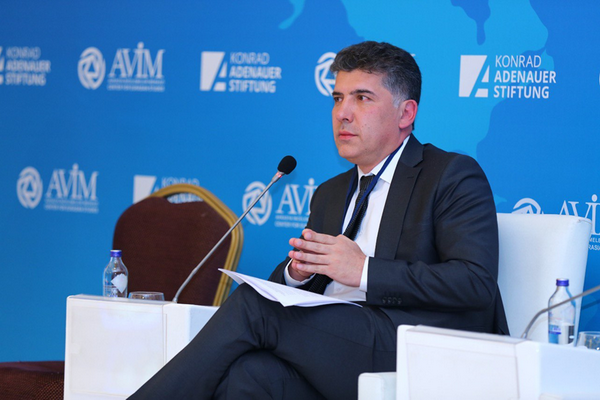 First Deputy Director of ISRS Akramjon Nematov said at the international conference "EU-Turkey cooperation in Central Asia: challenges and opportunities for close cooperation in the region" that proactive foreign policy of Uzbekistan contributed to the intensification of cooperation between Central Asia and the EU and Turkey.

During the event, the state and prospects for expanding cooperation between Turkey and the European Union in supporting the efforts of the Central Asian countries in strengthening regional interconnectedness in the field of economy, trade, energy and transport were discussed.

According to the ISRS expert, the new dynamics of regional development, the proactive foreign policy course of Tashkent contributed to the intensification of cooperation between Uzbekistan and Central Asia as a whole with the European Union and Turkey. Today the European Union is a key economic partner of the Central Asian republics. The EU accounts for more than a third of the total volume of regional foreign trade. Only Uzbekistan increased the volume of trade with the EU from US $2 billion in 2016. to nearly US $4 billion in 2021. 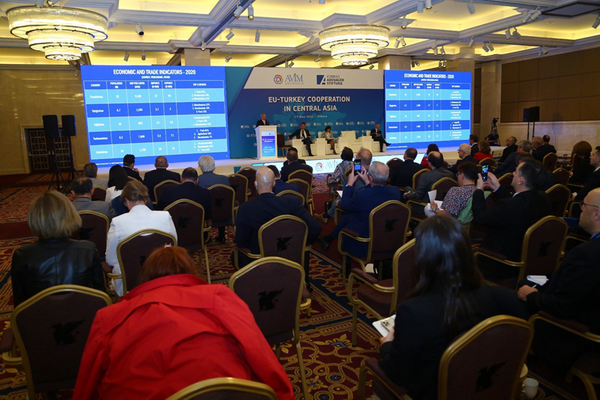 “Great prospects are opened by the provision of GSP+ preferences by the EU in Uzbekistan. This has already made it possible to increase the export of Uzbek manufacturers to the European market by 30%. It is expected that the export of only textile products at the initial stage will be increased to US $300 million, and by 2025 to US $1.2 billion,” said Akramjon Nematov.

In addition, in his opinion, Turkey's role as a future driver of economic relations in the region is also significantly increasing today. In recent years, Turkey has become one of the largest trade and economic partners of Uzbekistan (4th place after Russia, China and Kazakhstan). In 2021, it reached US $3.388 billion, which is US $1.5 billion (72%) more than in 2020. This indicates a huge potential for mutual cooperation. Thus, in the coming years, the volume of bilateral trade is planned to be increased to US$10 billion.

At the same time, Akramjon Nematov pointed out, relations with Turkey in the investment field are expanding. The volume of Turkish investments in Uzbekistan has increased 70 times since 2016, with more than 65% directed to the manufacturing industry, the number of joint Uzbek-Turkish enterprises in Uzbekistan has increased 5 times, reaching 2 thousand. During the visit of Turkish President Recep Tayyip Erdoğan to Uzbekistan in March this year, the level of bilateral relations between our countries was raised to a comprehensive strategic partnership. "This will undoubtedly give an additional impetus to mutually beneficial cooperation between Uzbekistan and Turkey," the expert concluded.

The event was organized by the Turkish Center for Eurasian Studies and the German Konrad Adenauer Foundation. It was attended by leading Turkish and European diplomats, scientists and experts, representatives of Central Asia, Azerbaijan, such regional organizations as the UTC, ECO, OECD.