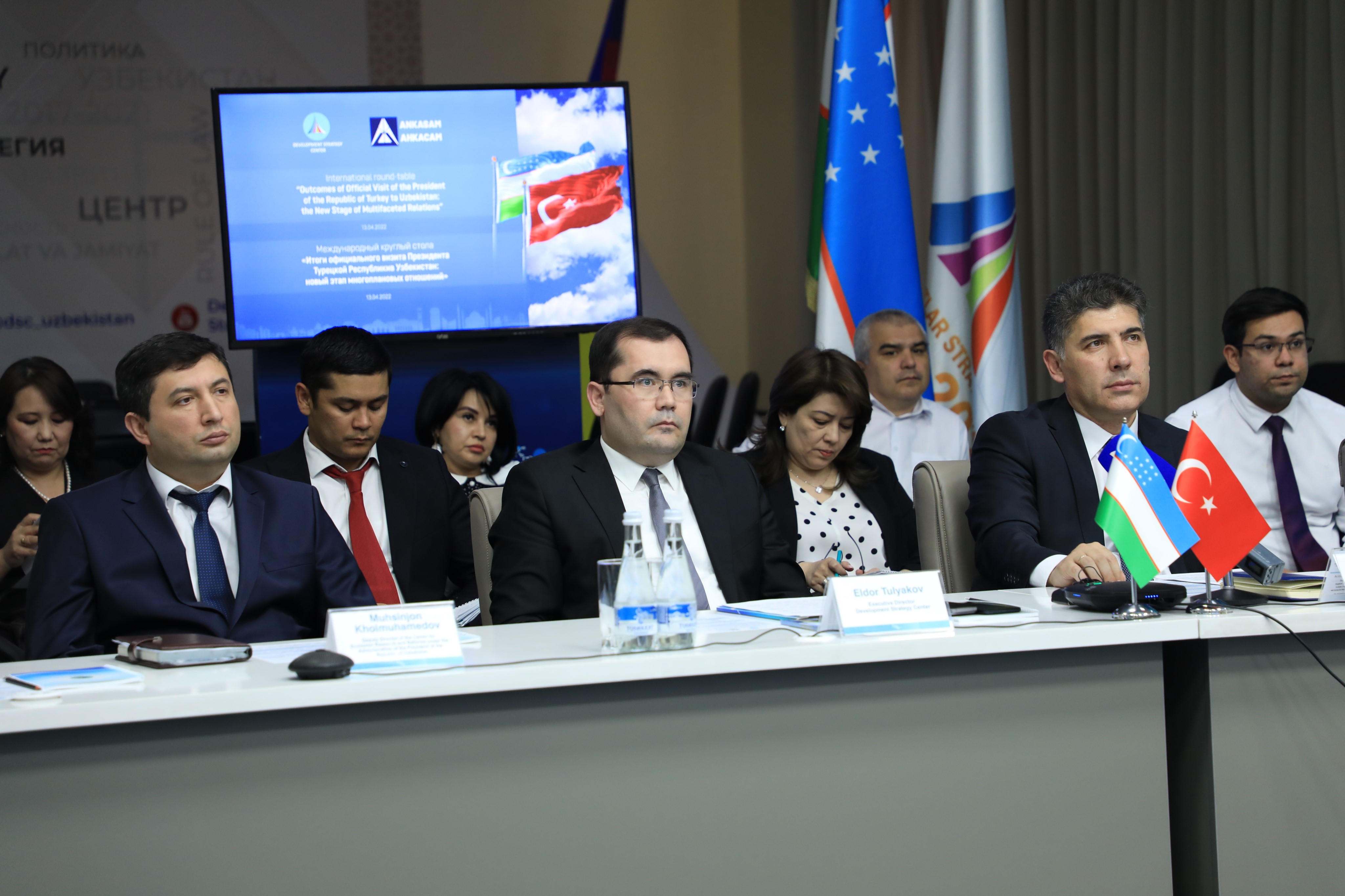 Today in Tashkent an international round table was held on the topic: "Results of the official visit of the President of Turkey to Uzbekistan: a new stage of multifaceted relations." The event was organized by the Development Strategy Center in cooperation with the Ankara Center for Crisis and Policy Studies (ANKASAM).

During the round table, leading experts from the analytical centers of the two countries reviewed the results of the official visit of the President of Turkey Recep Tayyip Erdogan to Uzbekistan on March 29-30, 2022 and his talks with the head of our country Shavkat Mirziyoyev. Issues of practical implementation of the agreements reached at the highest level were discussed. Akramjon Nematov, First Deputy Director of the Institute for Strategic and Regional Studies under the President of the Republic of Uzbekistan, made a presentation at the session “New History of Uzbek-Turkish Relations: Achievements and Prospects”. In his speech, the expert paid special attention to the Uzbek-Turkish cooperation in the transport and energy sectors.

According to him, "Uzbekistan and Turkey, which are located in geostrategically important regions of Eurasia, are partners in the implementation of projects within the framework of large transport and communication corridors along the East-West, North-South line", he said.

At the same time, the use of the transit potential of the Baku-Tbilisi-Kars railway, which ensures the entry of Uzbek goods to the world market, is of great importance for Uzbekistan.

Huge opportunities for exporters of Uzbekistan and Turkey are opened by Turkey's infrastructure project "Middle Corridor", which runs through the territories of Turkey, the Caucasus, the Caspian Sea, Central Asia to China.

“We proceed from the fact that mutually beneficial cooperation between our countries in the transport and communications sector will contribute to the achievement of the task of increasing the volume of transit traffic through the territory of Uzbekistan from the current 7 million tons to 23 million tons in 2030”, Akramjon Nematov emphasized.

Another priority area of ​​Uzbek-Turkish cooperation, according to the ISRS representative, is the expansion of cooperation in the energy sector. Over the past year, 5 large energy projects have been implemented jointly with Turkish companies. Their implementation has a positive impact on ensuring the energy security of the country through the creation of its own generation without being tied to the import of energy resources, contributes to the dynamic development of the industry of Uzbekistan, the creation of additional jobs and the attraction of foreign investment in various sectors of the country’s economy. 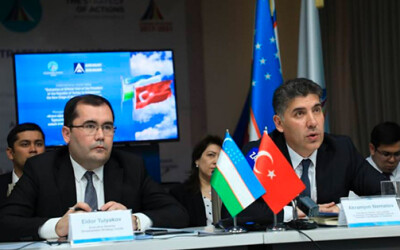 First Deputy Director of ISRS Akramjon Nematov: Today Turkey is one of the four largest trade and economic partners of Uzbekistan

On 13 April, Tashkent hosted an international round table "Results of the official visit of the President of Turkey to Uzbekistan: a new stage of multifaceted relations".