First Deputy Director of the Institute for Strategic and Regional Studies under the President of the Republic of Uzbekistan Akramjon Nematov, speaking at the 7th meeting of research centers of the member states and observers of the Organization of Turkic States, which took place on December 10, 2021, in Istanbul, elaborated on the importance of Afghanistan's wider participation in regional economic integration.

During the session «Sustainable Development in Central Asia: Possible Areas of Cooperation for the Stability of Afghanistan», the representative of the ISRS noted that «in the past 40 years, in the context of the ongoing war in Afghanistan, the Afghan people have lived in an atmosphere of an ongoing humanitarian crisis. This country has become a source of constant threats and challenges to the region. At the same time, the lack of security and stability seriously hampered the development of the Central Asian countries, hindered their entry into international markets and active participation in world economic processes».

In this context, the expert stated data from a World Bank study, according to which «Central Asia is one of the «least connected» regions in the world». «The transport costs of the Central Asian countries in many cases reach 60% of the value of imported goods», he said.

In this regard, he believes, achieving a lasting peace in Afghanistan, restoring its role as a connecting bridge between Central and South Asia, will bring tangible benefits to all countries of our region, which has great potential to act as a center of international trade. 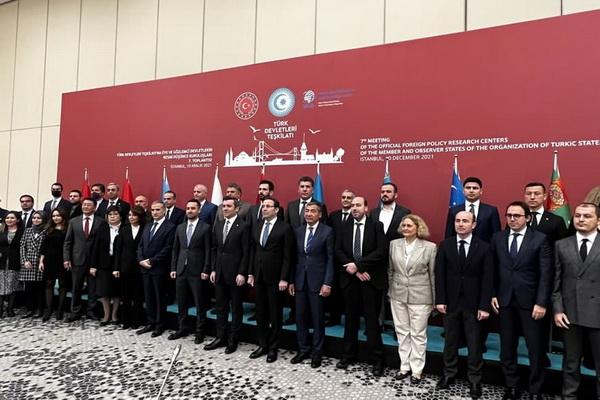 With this in mind, Uzbekistan advocates the creation of an effective platform for mobilizing resources not only to meet the urgent humanitarian needs of Afghanistan, but also to develop proposals for the development and implementation of a long-term post-conflict strategy, which includes the socio-economic reconstruction of the country.

It was noted that the wider participation of Afghanistan in regional economic integration, as well as the implementation of socio-economic projects in the country should remain a priority. This will allow to restore the lost historical role of a key link in the interconnection between Central and South Asia.

In this regard, according to Akramjon Nematov, new trans-regional projects, including railways, gas pipelines and power lines, will create additional jobs and alternative sources of income for the population.

Moreover, the implementation of these trans-regional initiatives, which are a source of enormous economic benefits, will increase the interest of the parties in establishing security in Afghanistan and can stabilize the region better than any political deal. In short, the construction of these infrastructure projects will open up strategic opportunities for the countries of Central and South Asia.

Speaking about the measures taken by Uzbekistan, Akramjon Nematov noted that «despite the difficult situation, Uzbekistan did not close the Uzbek-Afghan transport hub - the most important artery for the delivery of food and oil products to Afghanistan». Tashkent was one of the first to send humanitarian aid to the Afghan people, consisting of 1,300 tons of food, medicine and clothing. In addition, the main UN logistics center to assist Afghanistan was opened in Termez. Uzbekistan has also begun reconstruction of the airport in Mazar-i-Sharif, where international humanitarian aid will be delivered.

At the same time, in recent years, Uzbekistan has also provided significant support to the formation of a new intellectual elite in Afghanistan, which will contribute to the peaceful development of the country and the construction of a stable society.

The representative of the ISRS stated, that at the initiative of the President of Uzbekistan, an Educational Center was opened in Termez in 2018, where Afghan youth have the opportunity to study in 19 areas of higher education and 20 areas of secondary specialized and vocational education. To date, more than 100 students have graduated from this Center in such important areas as railway transport, agriculture, preschool education, and the Uzbek language.

The event is organized by the Ministry of Foreign Affairs of the Republic of Turkey in cooperation with the Organization of Turkic States and the Center for Strategic Studies of Turkey (SAM). More than 40 prominent scientists and experts from leading research institutes and analytical centers of Azerbaijan, Hungary, Kazakhstan, Kyrgyzstan, Turkey, Uzbekistan took part in it. 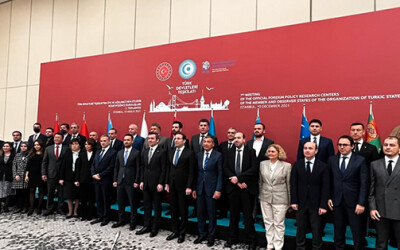 On December 10, 2021, Istanbul hosted the 7th meeting of the research centers of the member states and observers of the Organization of Turkic States. 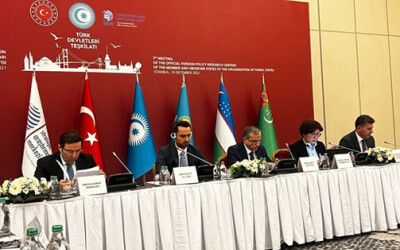 First Deputy Director of the Institute for Strategic and Regional Studies under the President of the Republic of Uzbekistan Akramjon Nematov at the 7th meeting of research centers of the member states and observers of the Organization of Turkic States...