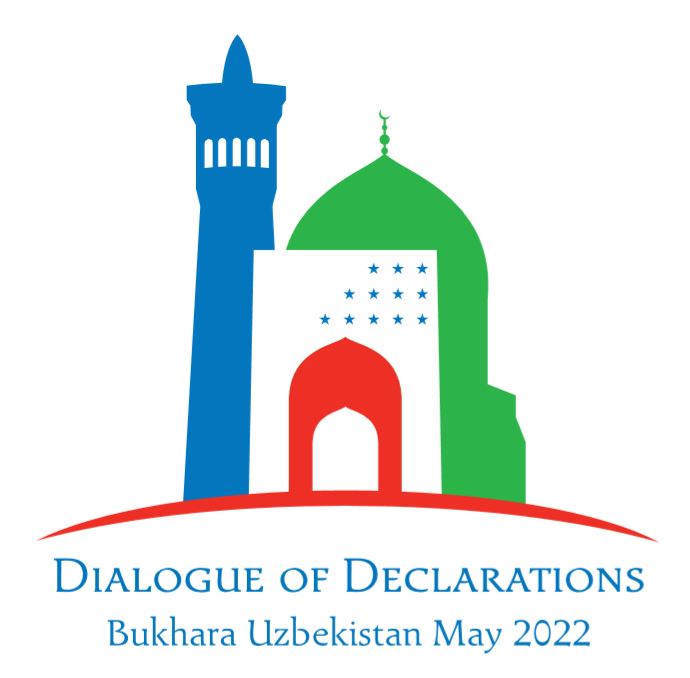 On May 19, 2022, representatives from government, civil society, scholarly experts, and religious leaders from 10 countries gathered in the city of Bukhara for a multi-faith dialogue that focused on protecting and promoting freedom of conscience or belief of everyone, everywhere, and advancing multi-faith tolerance, understanding, respect, and countering violent extremism

Bukhara is one of the oldest cities in Central Asia. It has been at the crossroads of several civilizations, religious communities, cultures, and belief systems. Bukhara is a historic center of education and science. It is the birthplace of or home to distinguished scientists and ulema for over a thousand years, and graduates of Bukhara’s madrasahs have made an invaluable contribution to the development of Islamic theology. Moreover, Bukhara gave the Muslim world the great hadith scholar Imam al-Bukhari, who belongs to the famous collection of hadiths – Sahih al-Bukhari.

Over the centuries, many Bukharans created a culture of mutual understanding and mutual respect within the city, and the region. The government of Uzbekistan embraces this heritage as it develops laws and policies regarding religious freedom and social harmony. In Uzbekistan today, believers from sixteen confessions seek to live out their faith, in part, by living in peace and harmony with each other. As the largest faith community, the Muslims of the country feel а great responsibility for preserving and protecting the smaller faith communities, while ensuring equal citizenship, harmony and, as a result, stability in the country.

From this ancient and contemporary perspective, we, the undersigned, appeal to our brothers and sisters in humanity, of all faiths and none, in this multi-faith call to action pursuant practical initiatives and programs that build mutual understanding and mutual respect. Such a call is not only the right thing to do, according to our different belief systems, but it is in the self-interest of each of us – for where there is more understanding and respect, there will be less conflict, religious or otherwise.

Article 18 of the 1948 Universal Declaration of Human Rights forever proclaims: "Everyone has the right to freedom of thought, conscience and religion; this right includes freedom to change his religion or belief, and freedom, either alone or in community with others and in public or private, to manifest his religion or belief in teaching, practice, worship and observance.”

According to the Declaration of Principles of Tolerance, endorsed Ьу Resolution 5.61 of the UNESCO General Conference of November 16, 1995: “Tolerance is respect, acceptance and appreciation of the rich diversity of our world's cultures, our forms of expression and ways of being human. It is fostered by knowledge, openness, communication and freedom of thought, conscience, and belief. Tolerance is harmony in difference. It is not only a moral duty, it is also a political and legal requirement. Tolerance, the virtue that makes peace possible, contributes to the replacement of the culture of war by a culture of peace.”

Education is critical in this effort, which the UNESCO Declaration also recognized, stating in Article 4: “Education is the most effective means of preventing intolerance. The first step in tolerance education is to teach people what their shared rights and freedoms are, so that they may be respected, and to promote the will to protect those of others.... Education for tolerance should aim at countering influences that lead to fear and exclusion of others and should help young people to develop capacities for independent judgement, critical thinking, and ethical reasoning.”

To achieve these goals practically through the citizens of the world - we, the participants of the forum, agree that:

encouraging an open and constructive discussion of social, cultural, and religious processes, as well as the expansion of multi-faith and intercultural dialogue in national, regional and international contexts;

highlighting the need for all religions to commit to strengthening multi-faith dialogue (and partnership), especially between and among religious leaders, such that resulting multi-faith programs serve all of society according to a deeper understanding of universal human values, and as a function of one’s own deeply held beliefs;

acknowledging the importance of education and training – always with the practical goal of equipping citizens with the competencies and skills of mutual engagement pursuant common projects that serve all of society – in fostering religious tolerance and human rights, promoting mutual understanding and respect among civilizations, cultures, religions, and beliefs, and the elimination of any form of intolerance and discrimination based on religion or belief;

increasing educational activities and establishing new mechanisms – not least new curriculum – to promote multi-faith and intercultural dialogue that results in mutually respectful engagement and practical programs, building unity and solidarity, and by raising citizens' awareness on the importance of religious freedom and peaceful coexistence within and among members of different faith and national communities;

stressing the importance of implementing the special UN Resolution "Enlightenment and Religious Tolerance" (December 2018) adopted at the initiative of the Republic of Uzbekistan, aimed at the development of culture, peace, tolerance, mutual understanding, and human rights;

considering it necessary to preserve religious establishments and places of worship as they are monuments to the history, culture and traditions of peoples and societies whose special cultural and historical significance of such objects is recognized by UNESCO; and,

agreeing that the promotion of the above principles, policies, and practices contributes to the realization of the goals of universal peace, by encouraging friendship, by advancing social justice, and by protecting human rights.

We, the participants of the forum, also want to make clear what we stand against:

denouncing increasing intolerance and intensifying acts of violence based on religion or belief, which has victimized individuals from all faiths and none around the world;

condemning the propaganda of religious intolerance and discrimination, which spreads through traditional information media resources (print, audiovisual or electronic) and through the Internet, social networks;

declaring, unequivocally, that terrorism and extremism in all its forms and manifestations cannot and should not be associated with any religion, civilization, nationality, ethnic group, or belief system;

committing to protect, without reservation, everyone’s right to freedom of thought, conscience and religion, which includes freedom to change his religion or belief, and freedom, either alone or in community with others and in public or private, to manifest his religion or belief in teaching, practice, worship and observance;

recalling the state’s primary responsibility for the promotion and protection of human rights, including the right to freedom of religion or belief, the transparent rule of law, and the strengthening of tolerance pursuant mutual respect. The secularity of state institutions is inconsistent with hostility towards religion, nor should religious groups threaten the secular structure of the state or the secular part of society; and,

affirming the position of the UN Human Rights Committee, that legal restrictions on the freedom to manifest one's religion or belief are only permitted through such restrictions that are necessary to ensure public safety, order, health, and moral principles or to protect the fundamental rights and the freedoms of others, and if such restrictions are proportionate to the object sought to be protected.

We the participants in the “Dialogue of Declarations,” sign this document:

emphasizing that the entire international community should respect and protect the basic human right that everyone, regardless of their place of residence, has the right to profess any religion or not to profess any, nor should they be forced to accept a faith not of their choosing and has the right to manifest their religion or belief subject to the limitations in international law;

remembering that citizens of states worldwide also have the right and responsibility to bring the values of their belief system into discussions of public policy and international diplomacy;

indicating our strong commitment to the principles articulated in the Marrakesh (December 2016) Jakarta (December 2017), Potomac (June 2018) and Punta del Este (December 2018), Makkah (May 2019) and special UN Resolution "Enlightenment and Religious Tolerance" (December 2018) Declarations – all of which attest to the importance of the religious factor in the life of modem society and call for representatives of all religions to promote the development of a culture of tolerance and respect for human dignity in societies; and,

suggesting that this Dialogue continue, worldwide, creating future conversations about implementing the above principles and goals.

Adopted on May 19, 2022, by the participants of the International Forum "Dialogue of Declarations" in the city of Bukhara, Uzbekistan.