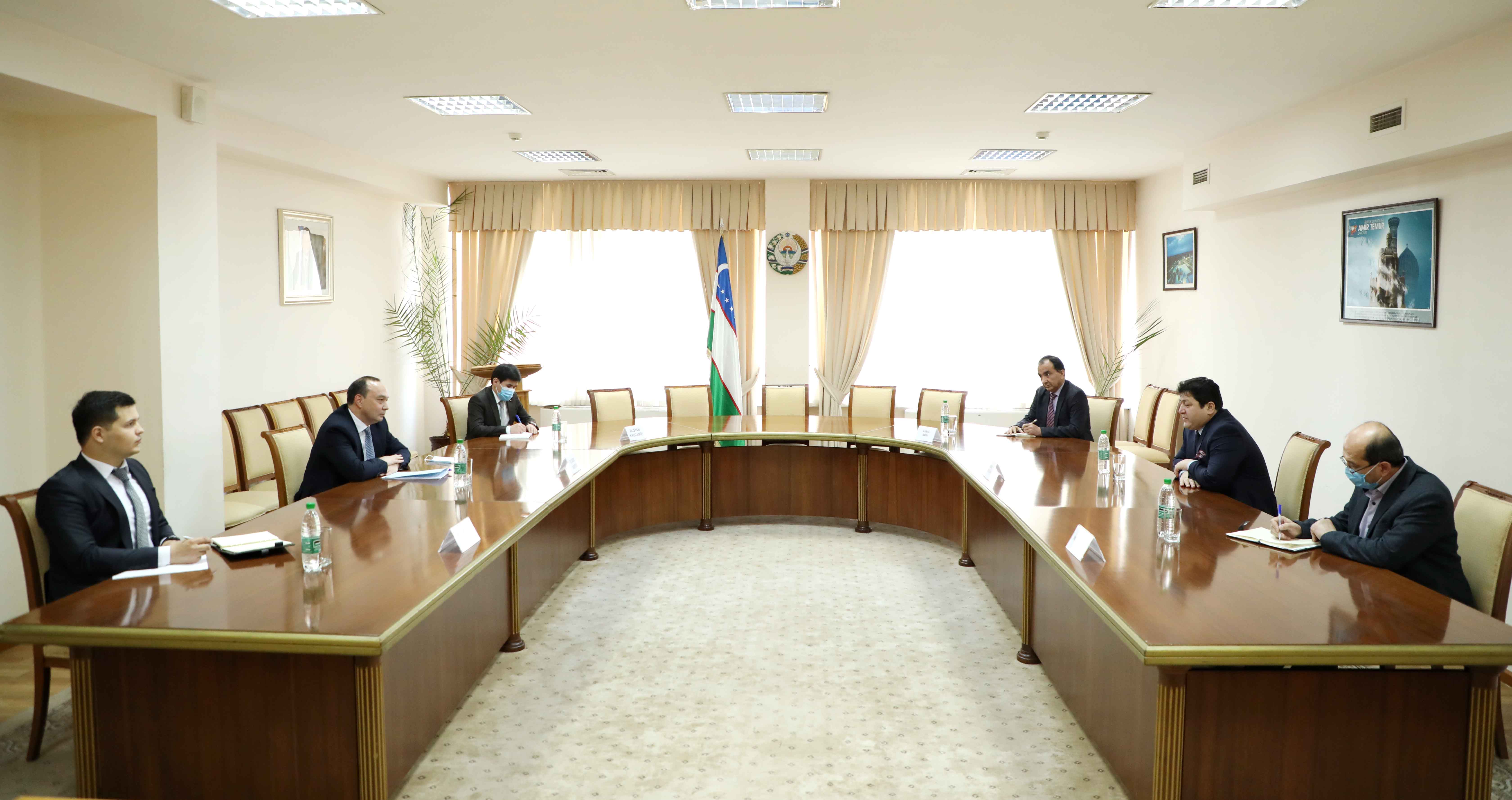 ISRS hosted a meeting between the Director of the Institute, Eldor Aripov and the Ambassador Extraordinary and Plenipotentiary of the Islamic Republic of Afghanistan to Uzbekistan, Ahmad Khalid Elmi.

The parties discussed the current state and prospects of Uzbekistan – Afghanistan cooperation, as well as issues of developing trans-regional collaboration between Central and South Asia.

Welcoming the guest, Eldor Aripov noted that enhancing long-term and multifaceted cooperation with Afghanistan and promoting peace in the neighboring country is one of the most important priorities of the foreign policy of the President of Uzbekistan Shavkat Mirziyoyev.

Ambassador of Afghanistan to Uzbekistan emphasized that the agreements reached by the leaders of Uzbekistan and Afghanistan during their high-level meetings gave a powerful impetus to the further development and expansion of mutually beneficial economic partnership.

Mr. Ahmad Khalid Elmi also focused on the efforts of Uzbekistan for the socio-economic reconstruction of Afghanistan.

Fully supporting the initiative of the President of Uzbekistan to hold an international conference on connectivity, the Ambassador of Afghanistan expressed confidence that it would make a significant contribution to strengthening the interregional partnership. At the same time, the Afghan diplomat expressed his readiness to assist in attracting leading experts from Afghanistan to participate in the conference.