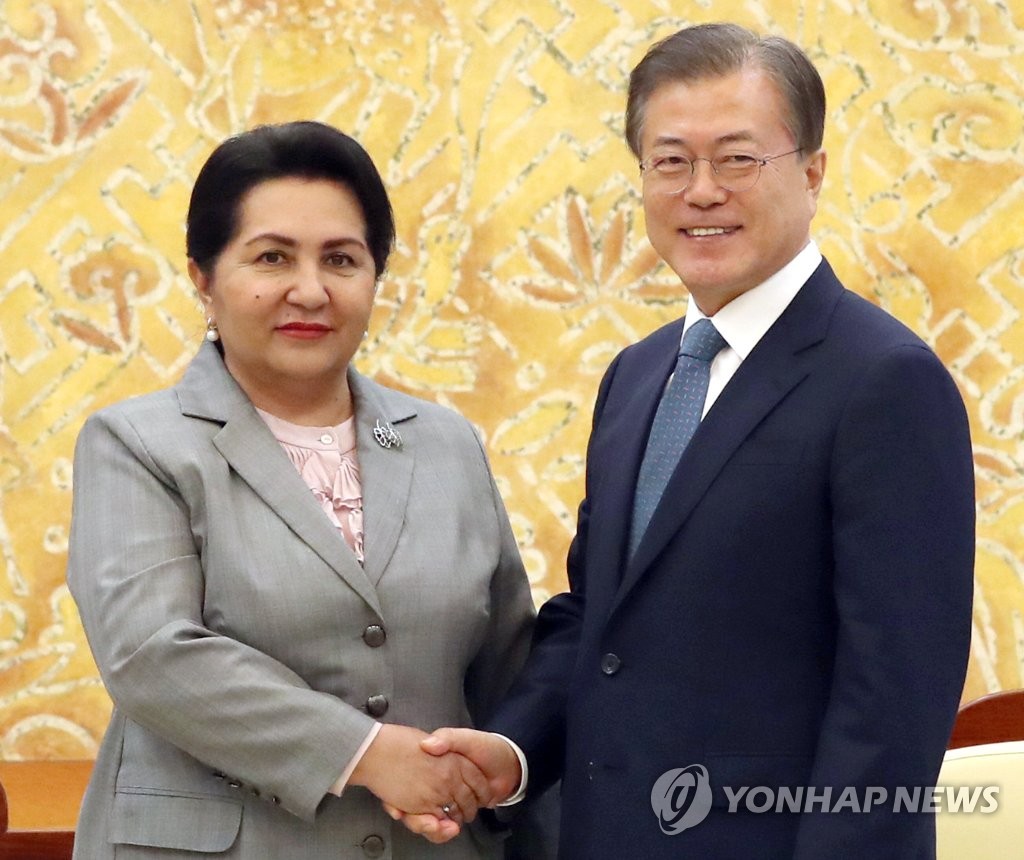 Tanzila Narbayeva, former deputy prime minister, was chosen as the chair of the Senate of the Central Asian nation in June.

She traveled to Seoul as part of a bilateral parliamentary exchange program.

Moon congratulated her on being elected to the post and said her trip here is very meaningful.

Moon visited Uzbekistan at that time for summit talks with President Shavkat Mirziyoyev.

Moon asked her to convey a message that he "feels special, brother-like friendship" with Mirziyoyev.

The Senate leader expressed appreciation for the hospitality of Moon and other South Koreans, speaking briefly in front of media at the start of their meeting.