ISMI expert: The Aral Sea region becomes a zone of environmental innovations and technologies
Over the past years, under the leadership of the President of Uzbekistan Shavkat Mirziyoyev, comprehensive measures of unprecedented scale and significance have been carried out in the field of solving environmental problems. Measures to solve problems associated with the consequences of the drying up of the Aral Sea are outlined as the most important priorities in this direction.

Key priorities of Uzbekistan for the comprehensive development of transport corridors in Central Asia
Over the past 4 years, Uzbekistan under the leadership of President Shavkat Mirziyoyev has been carrying out systemic reforms aimed at liberalizing and modernizing the national economy, ensuring its sustainable development and consistent integration into world economic relation

Uzbekistan – Indian partnership is an integral part of global and regional processes
Traditionally Uzbekistan considers India as a close, strategic partner, with which cooperation has recently acquired a multifaceted and long-term character.

The Uzbek model of poverty reduction and the experience of China
In the context of the crisis caused by the coronavirus pandemic, one of the global and intractable problems of the modern world is poverty. It has a negative impact, both on the quality of life of the population, and on the social, economic and political side of the functioning of any state.

Malaysia as Uzbekistan’s Key Partner in Southeast Asia
The proactive and pragmatic foreign policy of Uzbekistan is based on the principles of mutual respect and consideration of common interests. This policy line contributes to the expansion of symbiotic and multifaceted cooperation with both international organisations and the countries of near and far abroad.

Mazar-i-Sharif - Peshawar: a corridor to the new future of Central and South Asia
On 2 February 2021, a landmark event for the future of Afghanistan and the entire region took place in Tashkent.

Tashkent International Conference on Afghanistan became the starting point in the process of launching the inter-Afghan peace process
The long-awaited intra-Afghan negotiations on the establishment of peace and stability in Afghanistan started in Qatar. The meeting of the IRA government delegation with the Taliban in Doha has already been called "A historic opportunity for peace in Afghanistan". 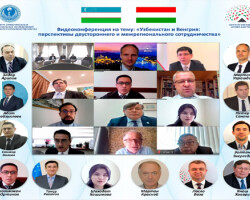 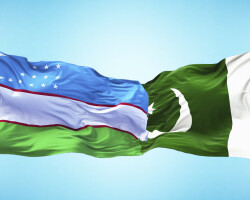