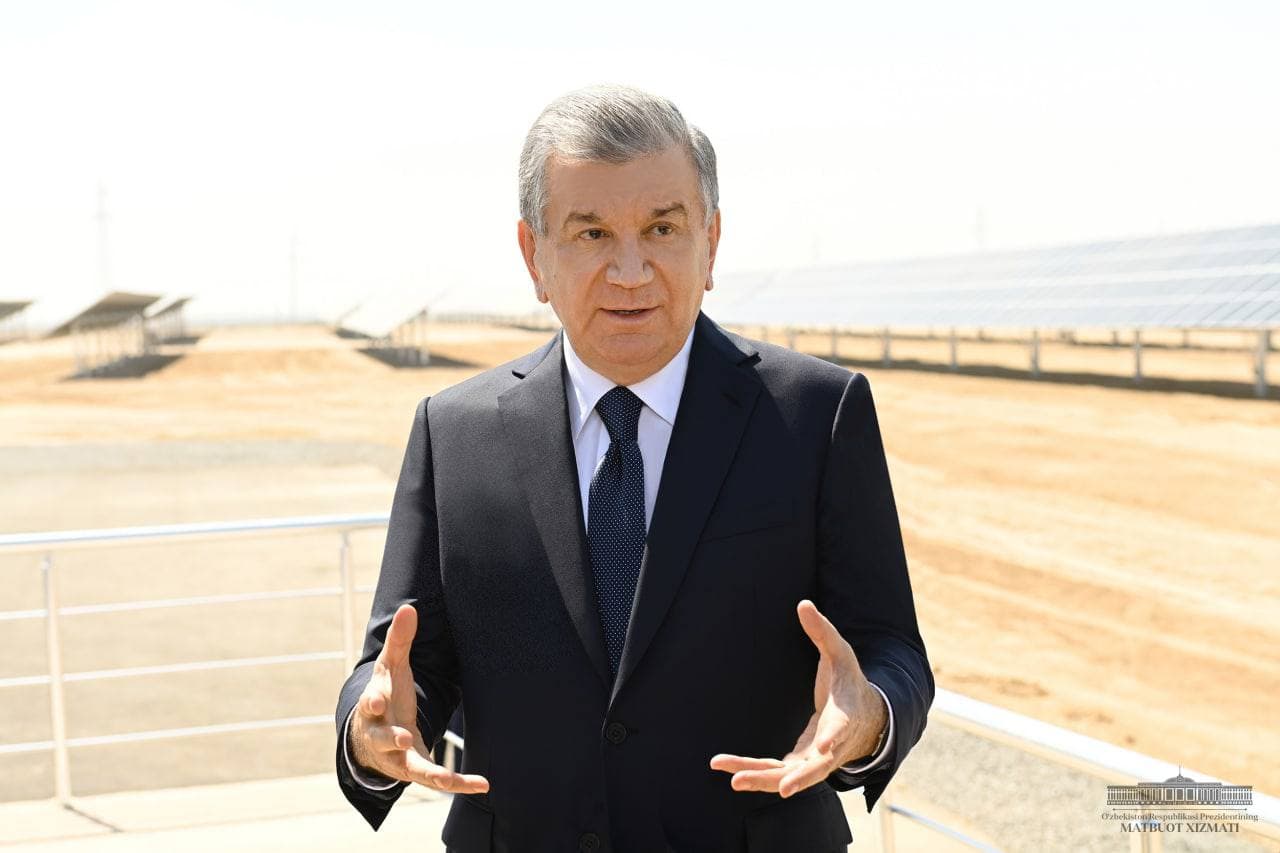 On the eve of the 30th anniversary of Uzbekistan’s independence, the country’s first solar photovoltaic plant has been commissioned in Karmana district of Navoi region.

President of the Republic of Uzbekistan Shavkat Mirziyoyev attended the ceremony of launching the plant.

Hydrocarbons, mainly coal, oil and gas, are widely used as sources of electricity generation. However, their supplies are limited. Therefore, renewable energy sources are being developed in the country.

As is known, Uzbekistan has an average of 320 sunny days a year. According to experts, due to the construction of solar power plants in the country, 600 billion kilowatt-hours of electricity can be generated, which is 8 times more than the total demand of Uzbekistan.

That is why foreign investors are attracted. Many solar power plants are being built. The plant in Karmana district is the first of them.

The construction of the complex began last year. Investments for $110 million were allocated and 300 thousand solar panels were installed. The plant’s capacity is 100 megawatts.

“This plant is the first big step, we might say, the first swallow of Uzbekistan’s new energy system marks the beginning of a completely new stage in the development of the industry. It will generate 252 million kilowatt-hours of electricity per year. This will save 80 million cubic meters of natural gas and prevent the release of 160 thousand tons of greenhouse gases into the atmosphere”, Shavkat Mirziyoyev said.

The project, called “Nur Navoi Solar”, is implemented by Masdar company of the United Arab Emirates. The President emphasized the cooperation with this country that is developing every year.

In the energy sector alone, six projects with a capacity of 1.7 thousand megawatts worth about $1.5 billion are being implemented jointly with the UAE. In particular, in 2023, a 500-megawatt wind farm will be built in Navoi region in cooperation with Masdar, as well as a 200-megawatt solar station with the participation of the Phanes Group.

The Head of the state thanked foreign investors, all builders and specialists who took part in the construction of the photovoltaic plant.

The importance of this plant is that it will provide sustainable energy for the growing needs of the population and industry at an affordable price of 2.67 US cents per kilowatt-hour.

Another important aspect is that new directions of line production and modern technologies appear thanks to such projects in Uzbekistan.

In particular, for the construction of this plant, electrical equipment from the Uzelektroapparat enterprise, cables from Uzbekkabel, HPC Systems, support columns from the Bektemir metal structures plant were supplied.

In general, such large-scale projects will contribute to the creation of a market for local manufacturers of at least $1 billion per year, as well as the formation of an electrical cluster.

In this cluster, it will be possible to localize the production of solar panels, cable products, transformers, batteries, electric motors, generators and basic equipment for wind farms. This means the employment of thousands of people.

The economy of Uzbekistan is developing rapidly, the share of industry in its structure is increasing. The standard of living of the population is growing, and the use of electrical engineering is increasing. In particular, over the past 5 years, the number of entrepreneurs who consume electricity has increased by 25 percent, and their consumption by 30 percent.

The President also outlined plans for the development of the economy, including the energy sector.

Therefore, we have very big plans for the implementation of new reforms and projects in the electric power industry. In particular, in the next 5 years, 19 projects worth $6.5 billion will be launched to create new capacities of 11.5 thousand megawatts. By 2030, the share of renewables in electricity generation will exceed 30 percent. To supply electricity to the regions, 3 thousand kilometers of new power transmission lines with a voltage of 500 and 220 kilovolts will be laid”, the President said.

The Central Asian countries are working to create a unified energy chain and enhance cooperation in this sphere. The Head of the state noted that for this purpose, joint projects in the sphere of electric power will be implemented, additional trunk grids will be built, which will unite the energy systems of the region’s countries.

Engineers and builders attending the event, local representatives of the older generation and youth, as well as foreign investors, expressed their views on the importance of the new plant. 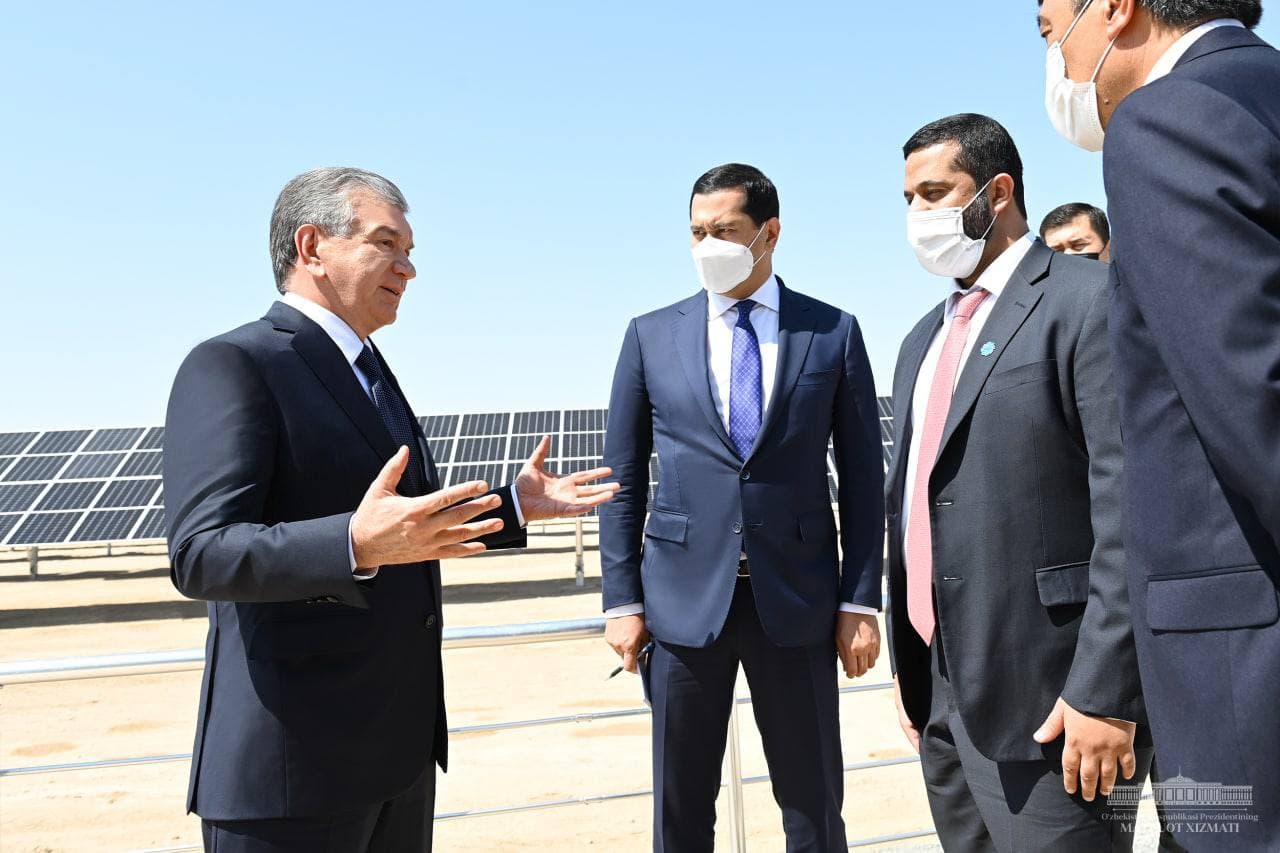 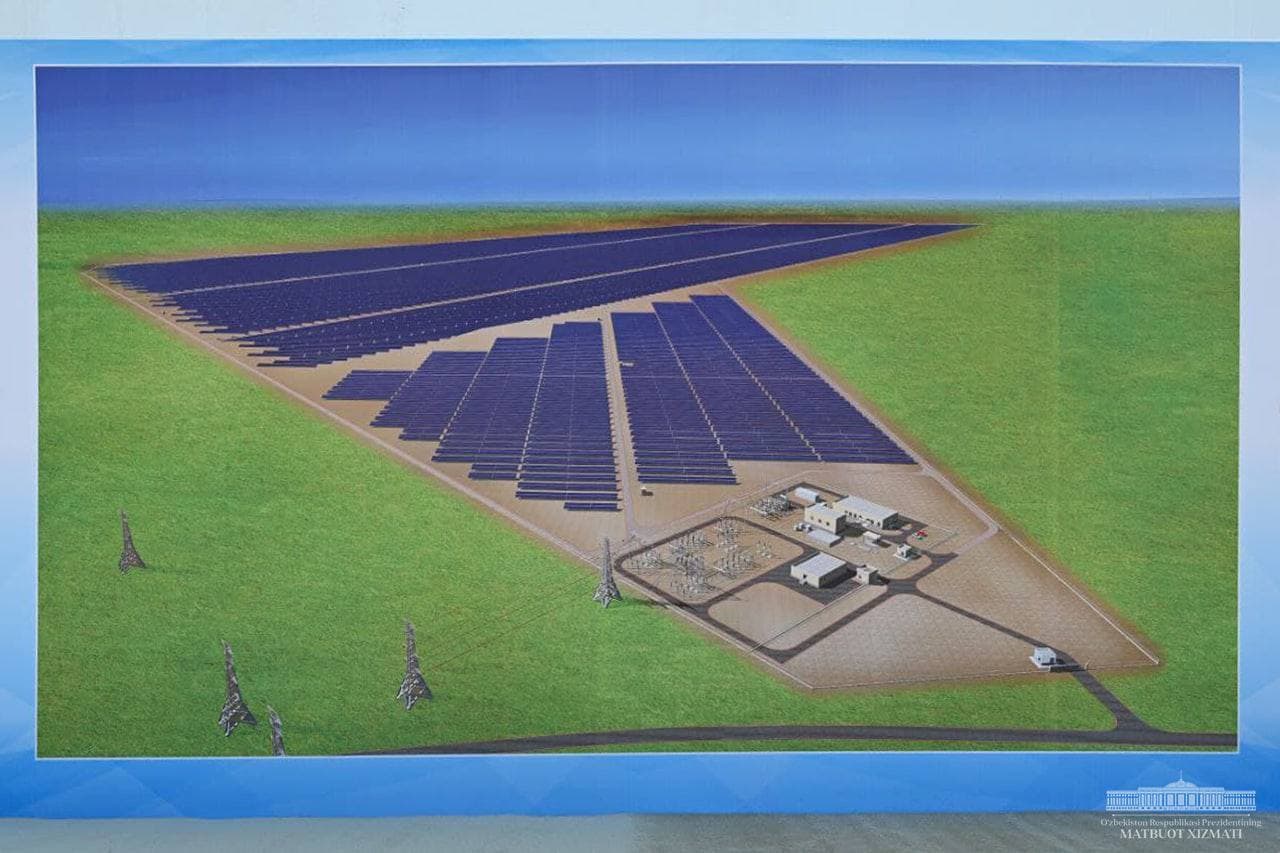 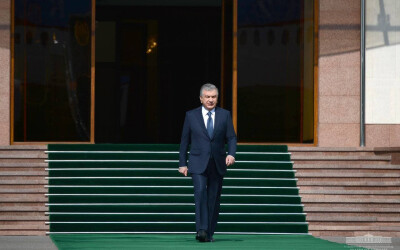