First Deputy Director of ISRS Akramjon Nematov: Today Turkey is one of the four largest trade and economic partners of Uzbekistan 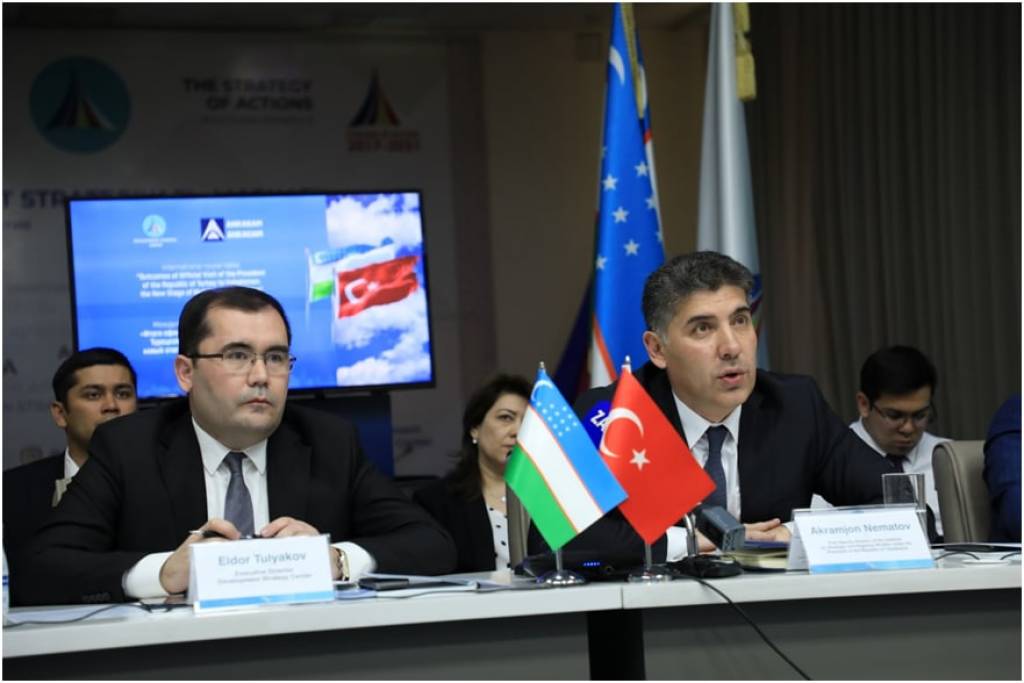 On 13 April, Tashkent hosted an international round table "Results of the official visit of the President of Turkey to Uzbekistan: a new stage of multifaceted relations".

During the round table, leading experts from the analytical centers of the two countries reviewed the results of the official visit of the President of Turkey Recep Tayyip Erdogan to Uzbekistan on 29-30 March 2022 and his talks with the head of our country Shavkat Mirziyoyev. Issues of practical implementation of the agreements reached at the highest level were discussed.

It was noted that the results of the visit clearly showed that the multifaceted Uzbek-Turkish relations, based on many years of friendship and mutual trust, have moved to a comprehensive level of comprehensive partnership.

Revealing the strategic nature of relations between Uzbekistan and Turkey, Akramjon Nematov, First Deputy Director of the Institute for Strategic and Regional Studies under the President of the Republic of Uzbekistan, dwelled in detail on issues of bilateral foreign economic and financial and investment cooperation.

“Thanks to the market reforms, progressively and systematically carried out in Uzbekistan, bilateral trade between Uzbekistan and Turkey is rapidly developing,” he stressed.

Today, Turkey is one of the four largest trade and economic partners of Uzbekistan (after Russia, China and Kazakhstan). In 2021, the trade turnover between the two countries increased by US$1.5 billion and amounted to US $3.4 billion. Turkey is an important sales market for industrial goods in Uzbekistan, as well as a key importer of equipment and machinery, food products, which contributes to industrial modernization, ensuring food security in Uzbekistan.

Turkey is an important investment partner of our country. Over the past 3 years, the volume of Turkish investments in various sectors of the economy of Uzbekistan has doubled and, by the end of 2021, amounted to US$1.2 billion.

At the same time, as the expert notes, strengthening industrial cooperation and diversifying the markets for domestic goods abroad is of great interest to Uzbekistan. The analysis showed that in the period 2016-2021. the largest share of Turkish investments (65%) is invested in the manufacturing industry of Uzbekistan. The share of Turkish investments in agriculture was also high (13%).

“Given that Turkey is part of the Customs Union with the European Union, this provides Uzbek industrialists and consumers with the opportunity to become part of higher-level value chains and will contribute to the modernization of the national economy. As a result, there are prospects for turning Uzbekistan into one of the centers of Eurasian trade, as it was during the Great Silk Road,” concluded Akramjon Nematov. 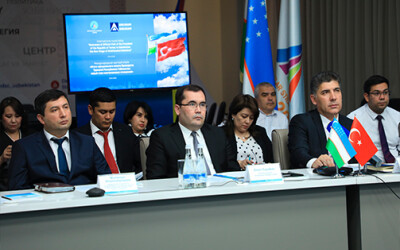 Today in Tashkent an international round table was held on the topic: "Results of the official visit of the President of Turkey to Uzbekistan: a new stage of multifaceted relations". The event was organized by the Development Strategy Center in cooperation with the Ankara Center for Crisis and Policy Studies (ANKASAM).