Expert: The political and cultural relationships of the vast sub-region of Central and South Asia are rooted deep in history 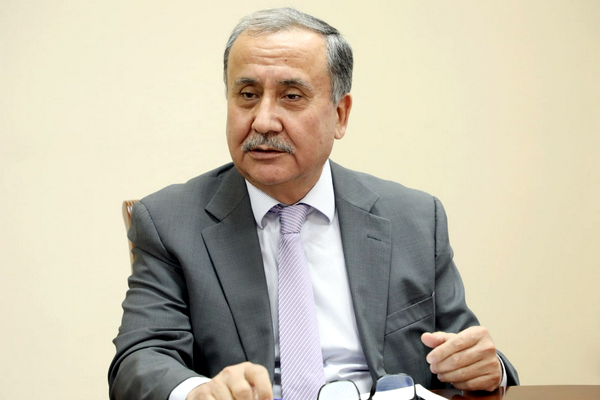 The new political reality in the region, formed by the proactive, proactive and constructive diplomacy of the President of Uzbekistan Shavkat Mirziyoyev, had a positive impact on building up cooperation on a wide range of issues both between the countries of Central Asia and on an international scale.

The modern foreign policy of Uzbekistan has led Tashkent to take steps to find solutions to a long-overdue request - to intensify and expand the process of regional interconnectedness in the direction of Central and South Asia.

Such a prospect will give an additional impetus to the strengthening of trade, economic, scientific, technical, investment and humanitarian ties between Central and South Asia - two historically, culturally, civilizationally, economically and geographically close regions.

It is noteworthy that on 15-16 July, Tashkent will host a high-level international conference “Central and South Asia: Regional Interconnectedness. Challenges and Opportunities”.

Taking this into account, on the eve of this high event, our editorial staff turned for a comment to the head of the department of the Institute for Strategic and Interregional Studies under the President of the Republic of Uzbekistan Alisher Kadyrov.

- Alisher Kadyrovich, today the upcoming conference is widely discussed in the mass media. Its very name suggests the question: what is the history of the interconnection of these two regions?

- The political and cultural relationships of the vast sub-region of Central and South Asia are rooted deep in history. They date back to the period of such empires of antiquity as Bactria, Kushan, Eastern and Western Turkic Khaganates, as well as the later states of the Seleucids, Sassanids, which appeared in the period after the conquests of Alexander the Great. All of them were located on vast territories, including partially or completely modern territories of Central and South Asia. It was then that the foundations of trade routes, cultural ties and mutual influences between the peoples of the two regions were laid.

On this occasion, the ancient historian and geographer Strabo, referring to the notes of Greek travelers and other authors, reported that on the river Oaks (Amu Darya) goods were delivered across the Caspian Sea and the Black Sea to Europe. Due to its convenient geographic location, Central Asia has become an important mediator between the West and the East. Merchant caravans from India went to Central Asia, and from there Indian goods were distributed to European countries.

However, archaeological excavations of the Kushan era (1st-4th centuries) and later periods confirm that Central Asia was not only an intermediary, but also an active trading partner of India. An interesting fact is that the capital of the Kushan Empire was initially located in Dalvarzintepe, near Termez. Then it was moved to Purashapura - this is the current Pakistani city of Peshawar.

The spread of Buddhism became a milestone in the development of regional contacts. Vairochana, a Buddhist scholar from Kashmir, was the first missionary who brought Buddhism to Central Asia and further spread to China and other countries.

Cultural interaction gained new strength between regions during the period of Muslim rule. In Central Asia, Buddhist and Islamic ideas, together gave rise to a new, partially synchronized school of thought about a single cultural space, laid the foundations for tolerance and cultural diversity of the peoples of Central and South Asia. It is important to note that the Kushan, Greco-Bactrian empires were characterized by interfaith tolerance. This can be seen on the coins of that era, where various Deities were depicted - Greek, Eastern, Turkic. Historical facts of this kind testify to the existence of a single cultural and civilizational space, a common trade and economic zone based on dialogue, mutual understanding and mutual benefit. This was the foundation and key factor for sustainable development and shared prosperity in the subregion.

- It is known that the Great Silk Road had a great influence on the development of all-round ties between peoples. Trade was, in today’s language, the driver of the development of the economies of the countries. In this regard, how did the trade and economic relations develop between the two subregions?

- The rich cultural interaction between Central and South Asia was accompanied by extensive trade and economic ties.

From ancient times, even before the Great Silk Road began to function, large caravan routes were formed between Hindustan and Central Asia, which served the purpose of developing mutual trade.

Already in the III-II millennia BC an extensive network of land routes emerged that included access to India via Afghanistan. In turn, the ancient cities of Central Asia were the intersection of trade routes from China, Europe, India, where cultures, trade and religions converged.

The opening of the Great Silk Road served as an even greater impetus for the expansion of interregional trade and economic exchange.

At an early stage in the development of the Silk Road, the Kushan Empire (1st-4th centuries AD) established political and economic stability in most of Central Asia and extended its control to the Indian Ganges valley in the south. The trade-based Kushan economy provided a steady flow of goods, people and cultures across the two regions.

In the later development of the Silk Road and during the heyday of its trade (13th century and the first half of the 14th century), important secondary routes to the Indian subcontinent were part of the main southern route. During this period, Kashgar became a new crossroads in Asia, and from here the routes split again, heading through the Pamirs to Samarkand, and from there southward to the Indian subcontinent. Numerous goods were traded along the route, from gold, precious stones and ivory to exotic animals and plants.

The oases of Central Asia Bukhara and Samarkand were centers from which branches of the Great Silk Road departed. The southern direction of the Silk Road passed through northern India.

During the Mughal Empire (1526-1857), trade and cultural ties with Central Asia flourished in the Indian subcontinent, especially under Emperor Jahangir (1569-1627). The main caravan routes passed through the Khyber and Bolan pass to Kashmir, Afghanistan and the vast territory of Turkestan.

Indian medical research was widely known in Central Asia. Medical texts such as Charaka and Susrat have been translated into Arabic and local languages. Travelers from India often brought medicines with them. The famous physician from Herat, Abu Mansur Mawafak, admitted that he adopted the Indian way of teaching, "because Indians are very shrewd in medical sciences and more accurate in their research."

- You noted that there were quite wide and varied ties between the peoples of the two regions. Historical data show that there were large diasporas of South Asians in Central Asia and vice versa. Could you tell us a little more about this?

- Expansion of cultural and trade ties led to the emergence of a large Indian diaspora in the Central Asian region.

In 1832, according to archival data, about 300 Indians lived in Bukhara. They were mainly natives of Shikarpur in Sindh (Pakistan). A large number of them lived in Andijan, Ferghana, Namangan, as well as in small towns and villages of Central Asia.

The “Guide to Turkestan”, published in 1903 in St. Petersburg, mentions the names of 10 large trading firms in Andijan, 2 of which, Rambi Pasha and Ramsu Sufa, were Indian firms involved in the silk trade. In Khujand (Tajikistan), 6 Indians were engaged in a business related to the export of dried fruits. Near Tashkent lived about 40 Indians who were actively involved in trade.

In 1901, 52 Indians lived in Kokand, and 28 and 4 Indians, respectively, in Namangan and Osh. In the second half of the 19th century. about 8 thousand Indian settlers lived in this region.

Immigrants from Central Asia also lived in the Indian subcontinent, although their exact number is unknown. They lived in separate neighborhoods, or makhallas. Many of them arrived during the Mughal dynasty and were literary men who held high positions at the royal courts, artisans who made a significant contribution to architecture. A fine example of architectural excellence is the Taj Mahal in Agra.

Historically, between Central and South Asia, there have been wide and deep connections in all many spheres of life. There were also regular diplomatic missions to resolve economic and trade issues.

At present, the interests of the countries of the two great regions require expanding and deepening interconnection by reviving their rich heritage of historical and cultural contacts. The past of the countries of Central and South Asia in the modern period of history can be viewed as a bridge to the development of broad and meaningful interaction between regions.