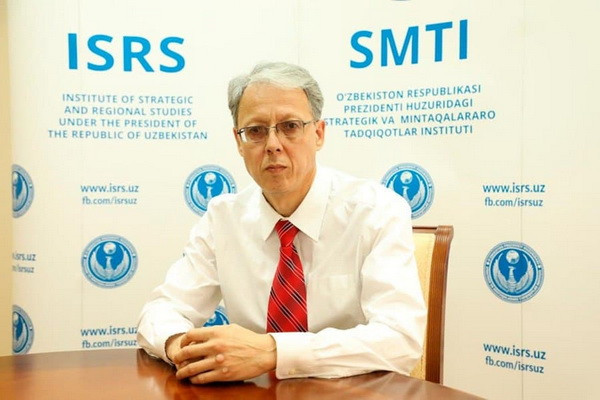 The President of the Republic of Uzbekistan Shavkat Mirziyoyev, in his speech at the 8th Summit of the Heads of the Turkic States, came up with the initiative to unite efforts through the creation of a platform for experts and IT specialists to exchange experience and transfer innovations, including the construction of «smart cities».

In this regard, it was proposed to organize a conference in Uzbekistan in 2022 aimed at expanding scientific and technical cooperation between the member states.

At the present stage, this initiative is relevant because the «digitalization» of economic processes and the introduction of «smart» technologies are becoming a key condition for the development of any state. In this regard, many countries around the world are paying great attention to the creation of «smart cities» and the use of new production technologies based on robotics and artificial intelligence. First, such solutions are becoming integral parts of the urban infrastructure, where the majority of the world's population lives today.

According to UN estimates, by 2050, 67% of the world's population will live in cities. Already, some of the world's megacities are overpopulated and city authorities do not always cope with the maintenance of public utilities and transport infrastructure.

There is also an increase in the urban population in Uzbekistan. So, according to the State Statistics Committee, the share of the urban population of the country has been continuously growing throughout the years of independence and as of September 2021 amounted to 50.7% or 17.7 million people of the total population of 35 million people. According to forecasts, by 2030 the level of urbanization in the country will be about 60%.

In accordance with the Resolution of the Cabinet of Ministers of the Republic of Uzbekistan No.48 from January 18, 2019 in the Republic of Uzbekistan is being implemented the «Smart city» technology introduction concept in order to adapt to changes and new trends, solve urgent problems of citizens, improve social infrastructure and develop regions based on world experience.

More than 1,000 smart cities are currently operating or under construction around the world, according to a report prepared by IDC International Data Corporation.

Within the framework of this Concept, the development of all aspects of urban infrastructure, spheres of life of the population is envisaged. So the development of «smart» transport provides for the emergence of new transport services and modes of transport, various applications for calculating the optimal path. Smart education will use online educational platforms and open courses, visualization and remote access technologies. There will be established «smart» medicine, a centralized system with an automated cycle of information support for the provision of medical services to the population.

The concept considers the development of the energy system, water supply, housing and communal services and construction. Improving the management system within the framework of the smart hokimiyat and smart mahalla programs lets present advanced technologies into the existing infrastructure to improve the quality of life, ensure comfort and safety, as well as optimize the costs of the city and residents.

The foundation within the Organization of Turkic States of a platform for cooperation in the field of e-government and electronic services to improve the quality of the public administration system and promote intra-regional digital commerce and trade will directly contribute to the introduction of ICT in Turkic countries’ key industries and areas of activity.

In this regard, hosting expert conference in Uzbekistan in 2022 will be the first practical step aimed at expanding scientific and technical cooperation between our countries, emphasize the importance of multilateral cooperation in the context of the current crises the sphere of healthcare, the socio-economy and in human rights, provoked by the coronavirus pandemic. 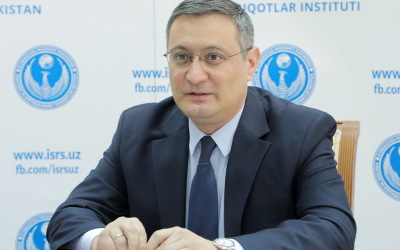 Sanjar Valiyev: Foundation of a specialized structure of the Organization of Turkic States in the Aral Sea region will give systematicity to joint work on environmental protection

ISRS Deputy Director Sanjar Valiyev commented on the results of the summit of the leaders of the Organization of Turkic States.