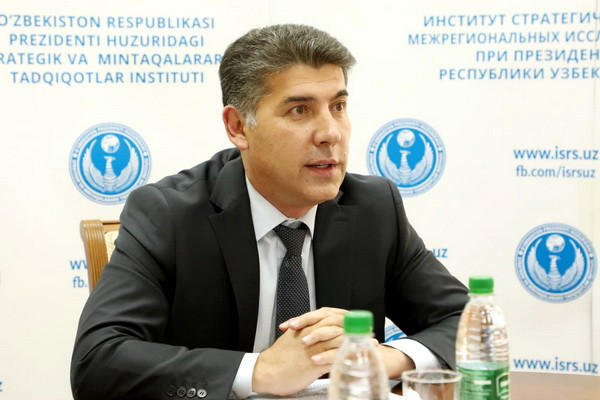 Cyberterrorism threats require common approaches for Central Asian countries. This point of view was expressed by the first deputy director of the Institute for Strategic and Interregional Studies under the President of the Republic of Uzbekistan Akramjon Nematov during the international conference "Mutual understanding, friendship and openness is the basis for further progress of Uzbek-Tajik cooperation."

According to A. Nematov, today for the two countries the issues of ensuring information security acquire special relevance. This is primarily due to the ongoing large-scale digitalization of important sectors of the economy, public administration systems and public life support.

Along with the advantages of the rapid development of digital technologies, their penetration into all spheres of life, the risks of misuse of new information and communication technologies to damage critical infrastructure are increasing.

According to experts, in 2020, due to hacker attacks, the world economy lost more than a trillion dollars. This is 50% more than two years ago. Only in this year. the total amount of damage from the activities of cybercriminals has already amounted to 1% of global GDP.

The expert stressed that this negative trend has not spared Uzbekistan either. According to the Cybersecurity Center of the Republic of Uzbekistan, in 2020 there was a growth trend in the number of incidents committed in relation to the websites of state and economic bodies by 144%.

Cybercrime is today a transnational phenomenon that knows no boundaries. The fight against it can be waged exclusively through collective efforts.

In this regard, A. Nematov noted the need to develop multilateral cooperation in responding to modern cybersecurity threats and incidents, investigating incidents and identifying intruders.

Separately, it was pointed out the urgency of strengthening interaction in countering the constantly transforming propaganda of extremism and radicalism on the Internet.

The expert cited data from the SecDev Group monitoring center, according to which, in 2020, more than 500 separate channels and platforms in social networks were identified that are used by extremist organizations to recruit Central Asian youth. At the same time, the total audience of these channels, according to various estimates, is about 1 million users.

Cyberterrorism threats are of a regional nature and, accordingly, require the development of common approaches of our countries, A. Nematov believes. In this regard, an important and effective means is to deepen interaction between relevant departments and agencies in the fight against extremism, not only in the field, but also in the online space.

Also, an important role in this issue is played by the level of digital literacy of the population. Today it is important to implement joint projects to increase the level of media literacy of citizens. This will make it possible to form a conscious and responsible consumption of information, A. Nematov believes.

The deputy director of the ISMI also noted that given the relevance of this issue, on 29 June 2021, in Tashkent, on the initiative of the President of the Republic of Uzbekistan Shavkat Mirziyoyev, it is planned to hold the CIS International Expert Forum on information security.

Within the framework of the Forum, participants will discuss issues of technical protection of information infrastructure facilities, combating crimes on the Internet, ensuring information security in the digital economy and protecting human rights and freedoms in the information environment.

In general, speaking about cooperation in the field of security, A. Nematov stressed that Uzbekistan proceeds from the principle of indivisible, equal and comprehensive security. Proceeding from this, Uzbekistan conducts multifaceted cooperation with the countries of the region, including Tajikistan. In his opinion, today a high level of cooperation in the field of security has been achieved between the countries. This is clear evidence of the strengthening of mutual understanding and mutual trust.

Without a doubt, A. Nematov noted, the level of interaction between Uzbekistan and Tajikistan in the security sphere is a key factor in effectively responding to security threats, as well as turning Central Asia into a stable and prosperous region.

The event, organized by the International Institute of Central Asia jointly with the National Academy of Sciences of Tajikistan and the Center for Strategic Research under the President of the Republic of Tajikistan, was attended by heads and specialists of ministries and departments, prominent scientists and experts from leading research institutes and analytical centers of Uzbekistan and Tajikistan.