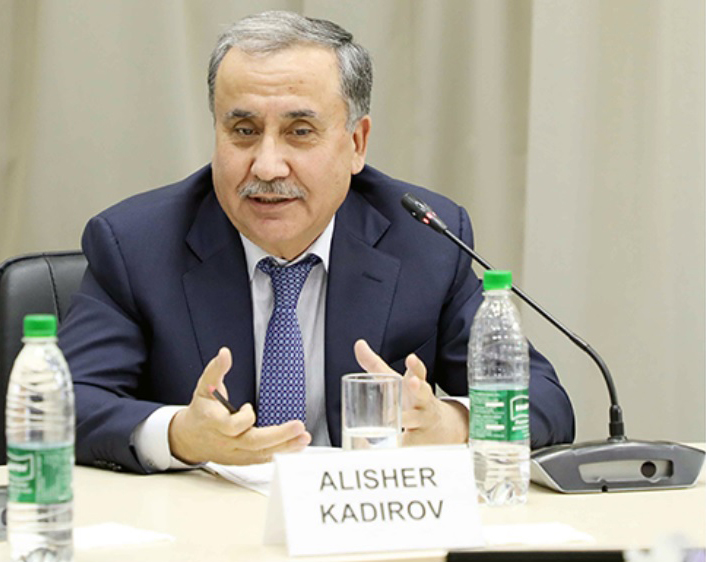 In his speech at the third Consultative Meeting of the Heads of State of Central Asia, held on 6 August in Turkmenistan, the President of the Republic of Uzbekistan Shavkat Mirziyoyev emphasized the need for wider use of the potential of "people’s diplomacy" to maintain the dynamics of regional cooperation of Central Asian countries , ensuring its sustainable nature and the irreversibility of this process.

The increased attention of the leader of Uzbekistan to this issue is not accidental. The demand for the development of cooperation in this direction is dictated by a number of factors.

First, today Central Asia has turned into a region that plays a significant role in international relations. The countries of the region, using the example of their participation in solving issues of stabilizing the situation in Afghanistan, promoting initiatives to develop the interconnectedness of Central and South Asia, are contributing to the formation of a new type of relationship on the Eurasian continent.

Secondly, the use of the instruments of "people’s diplomacy" will undoubtedly contribute to the sustainable and progressive socio-economic development of the countries of the region, strengthening the spirit of mutual trust and good-neighborliness, interethnic harmony of the countries of Central Asia.

Thirdly, the involvement of civil society institutions in the integration processes in Central Asia will undoubtedly enrich the potential for cooperation in the region and open up new areas for fruitful interaction. In particular, a number of additional platforms will appear for the development of cooperation and support of integration processes in Central Asia in various directions.

At the present stage, for the development of interregional cooperation, one can also use the sites of large international organizations. One of them may be the UN Regional Center for Preventive Diplomacy in Central Asia (UNRCCA). The tasks of this Center include organizing regular trainings and seminars with the participation of politicians and experts in the field of diplomacy, conflict prevention, as well as establishing contacts between the "think tanks" of the region to find new areas of cooperation.

The resources of "people’s diplomacy" can also be used to solve existing problems. Holding regular meetings of specialized experts from all over the region, representatives of civil society and NGOs could contribute to better mutual understanding, constructive dialogue on all emerging issues. It is noteworthy that in recent years in Uzbekistan, events of "people’s diplomacy" have played a more active role, which have become an important basis for official diplomacy.

Thus, at the initiative of the President of Uzbekistan, the SCO Public Diplomacy Center was opened in Tashkent in January 2019. The main goal of the Center is to promote further deepening of the dialogue and further rapprochement of the SCO countries and their peoples, strengthening of trust and good-neighborliness. One of the important directions of his activity is the expansion of relations with national and foreign partners. For this, work is underway to establish practical interaction with governments and public organizations.

Among other areas of "people’s diplomacy", one can mention international events with the participation of twin cities, which are an important platform for external openness. International events of sister cities strengthen exchanges and cooperation between Uzbekistan and the world in the field of economy, culture, education, science and technology, urban construction and many other aspects.

At present, the cities of Uzbekistan have established twinning relations with more than 40 foreign cities from Asia, Europe, America and Australia. In our country, there are 147 national cultural centers representing nations and peoples living in Uzbekistan and 38 societies of friendship with foreign countries.

These structures, through the mechanisms of "people’s diplomacy", also make a significant contribution to the development of comprehensive ties between states, strengthening friendship between peoples.

It is safe to say that the widespread use of the mechanisms of "people’s diplomacy" is of particular importance when joint efforts of state and public organizations are needed in order to preserve a stable and prosperous space in Central Asia.

In general, the initiative put forward by the President of Uzbekistan Shavkat Mirziyoyev for the development of public diplomacy is very timely and valuable. It is called upon to further strengthen and enhance the spirit of mutual trust, equality, respect for cultural diversity and the achievement of the common development of the Central Asian states.