Akramjon Nematov: Due to regular political dialogue at the highest level, Uzbek-Kyrgyz relations are experiencing a rapid rise 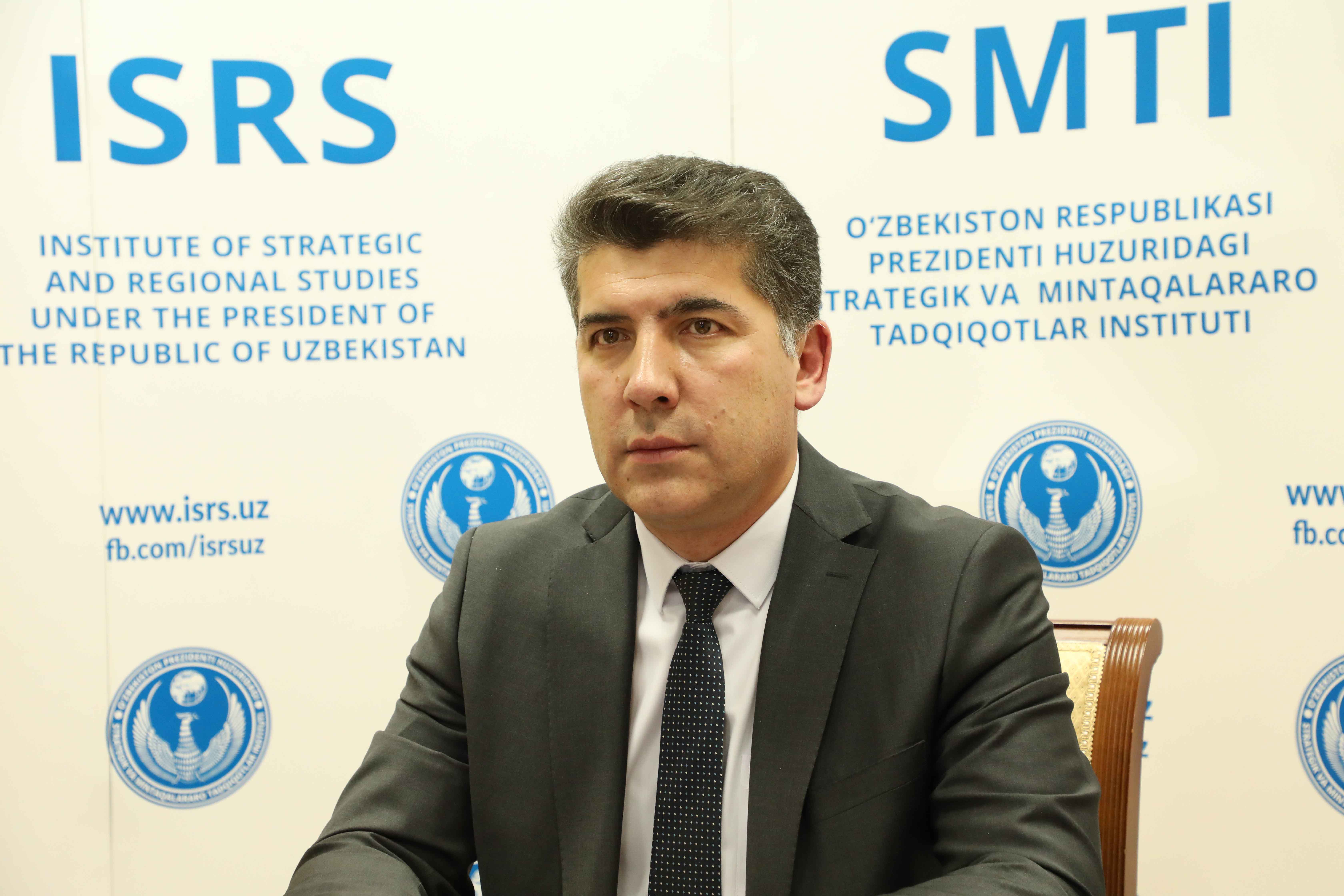 The state visit of the President of Kyrgyzstan to Uzbekistan on 11-12 March was rich and fruitful, and its results can be called breakthrough without exaggeration. This point of view was expressed by the first deputy director of the Institute for Strategic and Interregional Studies under the President of the Republic of Uzbekistan Akramjon Nematov, referring to the participants of the video conference on the prospects for mutually beneficial cooperation between Uzbekistan and Kyrgyzstan.

The expert emphasized that a trusting dialogue was established between the leaders of the two countries, once again at the highest level the political will was confirmed to comprehensively strengthen the centuries-old bonds of friendship and good-neighborliness, to build up the Uzbek-Kyrgyz strategic partnership.

Following the talks, a solid package of documents was signed, providing for the intensification of cooperation in such areas as trade, investment, industrial cooperation, agriculture, transport, logistics, infrastructure, water use, energy, ecology and cultural and humanitarian sectors.

At the same time, A. Nematov stressed that the agreed list of trade and investment projects totaling over US$900 million is unprecedented.

An agreement on deepening industrial cooperation can be regarded as a breakthrough in economic cooperation. In particular, a Plan of Practical Measures ("Road Map") was approved to expand and deepen cooperation in the field of industrial cooperation, providing for the implementation of 60 projects totaling more than 550 million dollars in such areas as agriculture, production of mineral and organic fertilizers, building materials, textile, leather and footwear and silkworm breeding, as well as tourism and logistics.

Also, the start of the activities of the Uzbek-Kyrgyz Investment Fund with an initial capital of US$50 million (in the future, it is planned to allocate another US$150 million), the funds of which will be used to finance the above projects.

Moreover, A. Nematov called the historic agreements of the parties on the establishment of mutually beneficial cooperation on the rational use of water and energy resources, as well as the completion of legal registration and delimitation of the remaining sections of the state border of the two countries.

They expressed their readiness for the earliest possible construction of the China-Kyrgyzstan-Uzbekistan railway, which will help to increase the attractiveness of Central Asia as the most profitable and efficient transit corridor in the region. Also, the leaders of Uzbekistan and Kyrgyzstan agreed to intensify the use of the huge potential of the multimodal route "Tashkent - Andijan - Osh - Irkeshtam - Kashgar" to further increase the volume of cargo transportation.

The expert emphasized that the agreements reached will give an additional powerful impetus to the expansion and deepening of Uzbek-Kyrgyz relations, which have been experiencing a rapid rise in recent years thanks to regular political dialogue at the highest level.

In particular, the trade turnover between the countries has grown 5.4 times since 2016 and amounted to US$903 million by the end of 2020. Thus, at present, in terms of trade, Kyrgyzstan occupies the 6th place among all foreign trade partners of Uzbekistan, and among the CIS countries, the 3rd place.

The expansion of bilateral trade and economic interaction contributes to the intensification of cooperation between the business communities of the two countries. If in 2016 the number of operating enterprises with Kyrgyz capital on the territory of Uzbekistan was only 49, now their number has reached 187.

There is an unprecedented rate of tourist travel between the citizens of the two countries. So, in 2016-2019, this indicator in both directions increased almost 10 times - from 300-400 thousand to more than 3 million people a year.

Despite the pandemic, at the end of 2020, Kyrgyzstan ranked first, both in the list of host countries for Uzbek tourists (950 thousand people) and in the number of tourists who arrived in Uzbekistan (508 thousand).

According to A. Nematov’s estimates, today relations between Uzbekistan and Kyrgyzstan have reached a qualitatively new level. The rapid development of the Uzbek-Kyrgyz multifaceted partnership opens up new prospects for the further development of mutually beneficial cooperation between the two states in the mainstream of traditional trust and good neighborliness. It goes without saying that further development of cooperation between Tashkent and Bishkek with the emergence of concrete and breakthrough solutions can also give a new impetus to interstate cooperation in Central Asia.

More than 20 prominent scientists and experts from leading research institutes and analytical centers of Uzbekistan and Kyrgyzstan, such as the National Institute for Strategic Studies, the Diplomatic Academy of the Ministry of Foreign Affairs of the Kyrgyz Republic, the Pikir Club of Regional Experts, the Public Fund for Cross-Border Research Central Eurasia Network, Kyrgyz-Russian Slavic University, Kyrgyz National University attended the event, organized by ISMI.

The Uzbek side at the event was represented by leading analysts from the Institute for Strategic and Interregional Studies under the President of the Republic of Uzbekistan, the Center for Economic Research and Reforms, the International Institute of Central Asia, the Information and Analytical Center for International Relations.