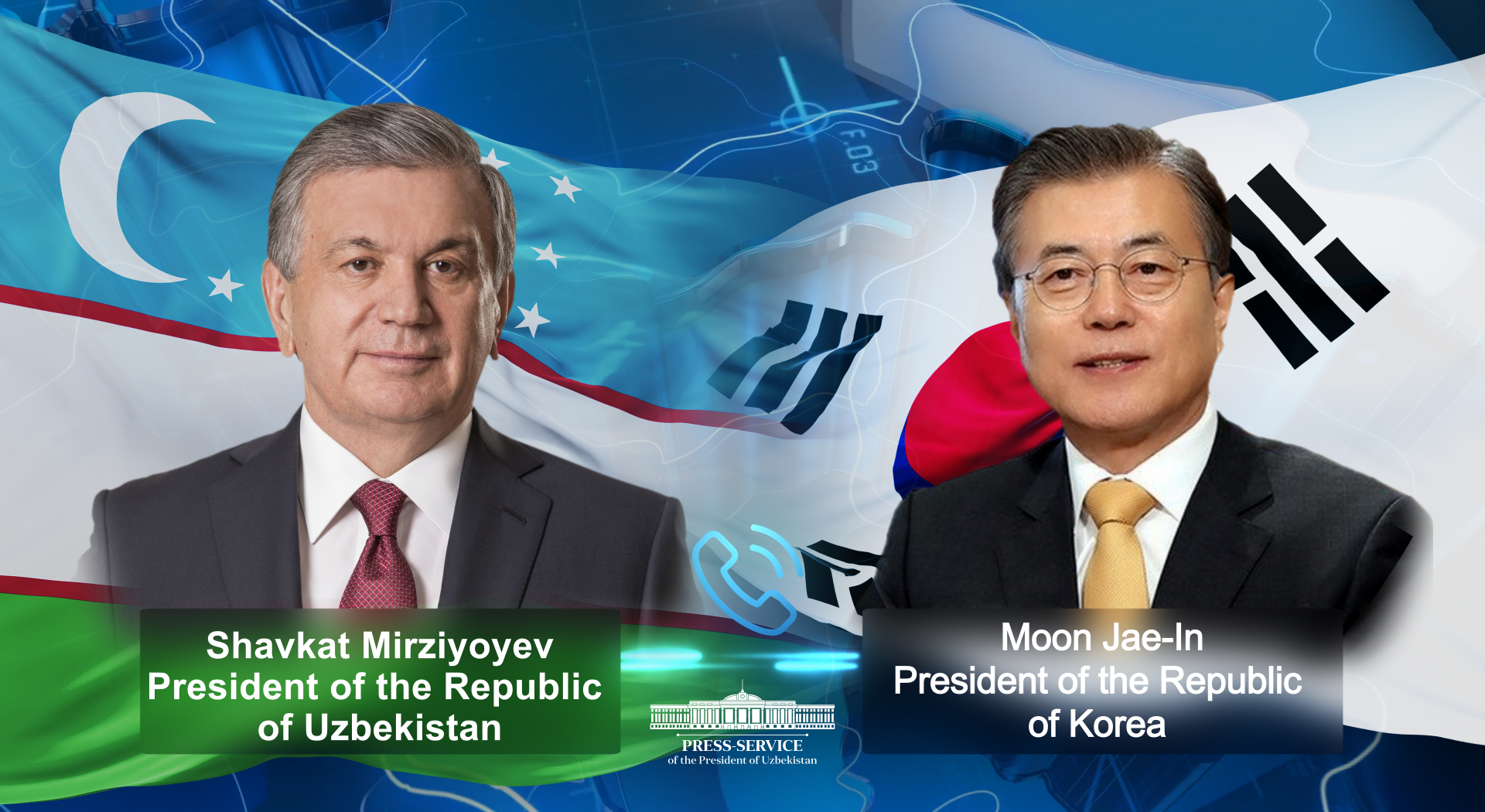 In a traditionally friendly and warm atmosphere, the heads of state discussed in detail the current issues in the bilateral relations of special strategic partnership and prospects of enhancing the multifaceted cooperation, primarily in the trade and economic sphere. They also exchanged views on a range of topics in regional and international affairs.

Particular attention was paid to continued interaction and joint efforts in the fight against the spread of coronavirus infection.

President of the Republic of Uzbekistan sincerely thanked Moon Jae In for practical assistance in countering the pandemic. Thus, since late March, a Korean professor, epidemiologist, has been actively working in our country, sharing his knowledge and skills. Another experienced practitioner is expected to arrive from the Land of the Morning Calm this month – an anesthetist-resuscitator. Charter flights were organized to evacuate our citizens and deliver the necessary medical supplies.

The leaders of Uzbekistan and South Korea firmly emphasized their commitment to the enhancement of practical cooperation and the effective implementation of the best practices of Korean medicine in our country, including in organizing quarantine measures, identifying and treating diseases, carrying out rehabilitation measures, and improving the skills of healthcare personnel.

The sides reached agreement on close coordination of actions and operational interaction between the ministries of health and the leading medical centers of the two countries.

The Presidents dwelt in detail on the issues of maintaining the achieved dynamics of trade, economic, investment, financial, scientific and innovative cooperation between our two nations.

The realization of priority investment projects with the participation of leading Korean companies and socially significant programs through the South Korea’s Eximbank and the Economic Development Cooperation Fund (EDCF) was analyzed during the telephone conversation.

The two leaders underscored with satisfaction the noticeable growth in the volume of trade and in the number of joint ventures, which, in the broad opinion, indicates mounting mutual interest on the part of business circles.

The sides stressed the need for continued active contacts and exchanges at the level of governments in order to implement the agreements reached during the highest-level visit to our country in April last year, and carry out thorough preparations for the forthcoming meeting in Seoul.

At the end of the conversation, President Moon Jae In once again assured that the Republic of Korea will provide all the needed assistance and support to fraternal Uzbekistan in overcoming new difficulties and contemporary challenges as soon as possible.