Expansion of Scientific, Cultural, and Humanitarian Exchanges: A Great Proposal by His Excellency President Shavkat Mirziyoyev 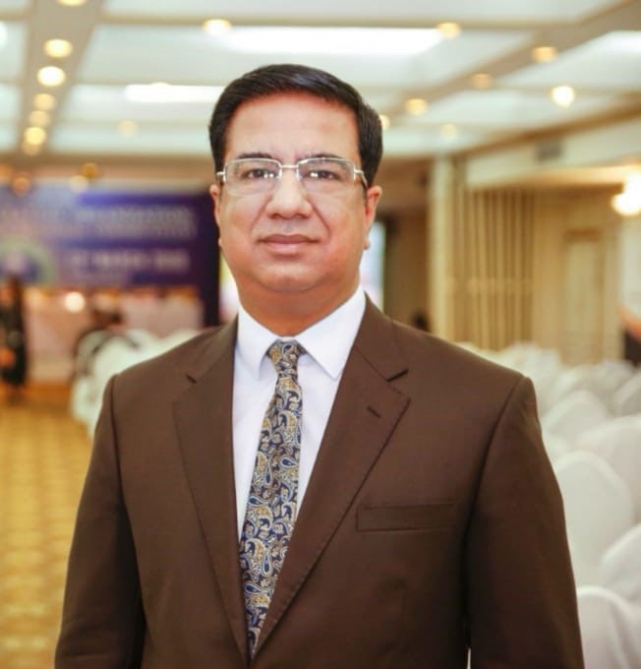 Regional cooperation and connectivity have been the essence of diplomacy. Countries all around the world are trying to enhance integration and understand each other’s cultures.  In this regard, liberal and open policy regimes enable countries to cooperate in many domains. The grand initiative of Central and South Asian connectivity by His Excellency Shavkat Mirziyoyev has proved to be a milestone development for regional integration. In the 21st century, the rise of Uzbekistan’s potential role both within and outside the Central Asian block has been witnessed due to the remarkable efforts of incumbent Uzbek President Shavkat Miriyoyev. Uzbekistan has become a significant regional player to connect Central Asia with South Asia via successful inclusive economic development projects.

Moreover, the third Renaissance declared by the president of Uzbekistan is likely to bring fruitful outcomes for the country and integrate other regional countries. Constructive reforms have been announced under the third Renaissance. History has marked the efforts of H.E. President Shavkat Mirziyoyev to provide a platform to all regional countries to strengthen partnerships, resolve differences, revive cultural linkages, and establish an integrated framework of future cooperation. Under the grand vision of interregional alignment, His Excellency, President Shavkat Mirziyoyev, has provided significant ten-points agenda to enhance regional cooperation and combat common challenges. One of the ten-points agenda is the expansion of cultural, scientific, and humanitarian exchange based on goodwill and friendship.

Central and South Asia have interacted with each other since ancient times. New knowledge, scientific achievements, and cultural and spiritual values ​​were spread along the Great Silk and Indo-Gangetic Roads. The peoples of both regions were within the framework of common state formations - the Bactrian and Kushan kingdoms, the Türkic kaganate, the Ghaznavid states, the Timurids, and the Baburids. Unfortunately, in the 19th century, the interconnectedness between Central and South Asia was broken. Various obstacles arose, and the era of cooperation was replaced by a period of confrontation and mistrust.

In contemporary times, the world has entered into an era of global geopolitical transformations, which bring both challenges and new opportunities. In these conditions, the revival of mutual ties between Central and South Asia and cultural diplomacy have become more demanding and objective. Cultural diplomacy polishes foreign policy and is crucial in international relations. Art and culture are at the forefront of many countries’ promotional efforts. In this aspect, Central and South Asian countries have great ancient civilizations amid art, famous cuisine, innovation, spiritual land, and exceptional cultural norms. The wonderful architecture of Tashkent, Samarkand, Khiva, and Bukhara reflect the ancient and varied nature of Central Asian historical heritage.

These countries recognize that showing their cultural heritage allow them to show who they are, creating a positive image, thus helping to increase regional connectivity.  Now, countries use soft power diplomatic tools to enhance their global outreach and project a positive image of a country. The project of inclusive economic development, corridors, transportation routes increase Central and South Asian connectivity. It also maintains people-to-people connections, tourism, science & technology, and exploring new avenues of cooperation between Central and South Asian countries. 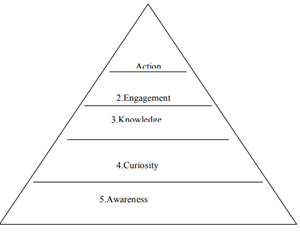 grand idea of Central-South Asian connectivity by H.E. President Shavkat Mirziyoyev would unleash cultural benefits. While discussing the concept of cultural diplomacy, it is important to refer to M. McClellan’s pyramid, who also tried to place it within the context of traditional diplomacy.

The top of the pyramid can be understood by the forum of international organizations, strategic alliances or trade agreements. Therefore, it follows that the next level is the involvement that requires a two-stage flow of information. This means the support of a given country by opinion-makers who can later influence the opinions of others. Looking at this pattern, the next level of developing knowledge by the country projecting its image and research, exchange programs, building academic linkages, and cultural centers. The next level is curiosity and the attendant search for information about the country, such as knowing the language, traditions, norms, etc.  The pyramid’s foundation is consciousness/awareness about the country, i.e., media awareness, international status, role in regional or international platforms, global outreach, programs. The pyramid reflects the general structural hierarchy of building relationships or developing cultural connections with countries.

Role of Uzbekistan and Pakistan in Connecting Central and South Asia:

Regional integration helps countries to overcome gaps, divisions, and challenges. In this aspect, academic/intellectual institutional development, tourism, cultural exchanges, people-to-people contacts, domestic and foreign policy, exporting brands, and providing investment opportunities are significant in recent times. A common framework for education policy and practice will help to foster collaboration and progress towards regional convergence and shared property for Central and South Asia.  These factors are also intrinsic to counter common perils. In this aspect, academic/intellectual facilitation is needed among countries to promote peace, dialogue, and accept cultural and civilizational diversities. Collaboration in the academic and educational sectors would do wonders to foster the process of regional integration. In this aspect, Central Asian countries and Pakistan can devise a holistic policy mechanism to provide opportunities for joint ventures, humanitarian exchanges, and boosting collaboration in science & technology.

For the expansion of science, cultural and humanitarian exchanges, Uzbekistan proposed to hold an international forum on the historical heritage of Central and South Asia under the auspices of the United Nations Educational, Scientific, and Cultural Organization (UNESCO) in Termez. Pakistan, as a great partner of Uzbekistan, firmly supports this proposal for greater regional connectivity. Under this initiative, I believe that students, scholars intellectuals, diplomats, and people of both regions will get the opportunity to get international exposure and understand diverse cultures and norms.  This proposal would open new doors for joint ventures, integrate nations at one platform, revive historic cultural ties, curtail differences, bring peace, and harness trade/commercial potentials between both regions.