Regular cultural and humanitarian events are a symbol of brotherhood and spiritual kinship of the Uzbek and Kyrgyz peoples. 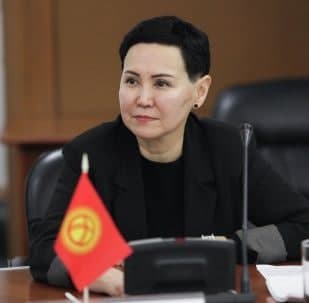 Regular cultural and humanitarian events are a symbol of brotherhood and spiritual kinship of the Uzbek and Kyrgyz peoples. Head of the Department of International Relations and Law of the Diplomatic Academy of the Ministry of Foreign Affairs of Kyrgyzstan Ainur Dzhorobekova shared this opinion at a video conference on the prospects for cooperation between Uzbekistan and Kyrgyzstan, organized on 13 March by the Institute for Strategic and Interregional Studies under the President of the Republic of Uzbekistan

As the representative of the Diplomatic Academy of the Ministry of Foreign Affairs of the Kyrgyz Republic noted, the heads of state give priority to the development of cultural and humanitarian cooperation between the peoples of the two countries. During the visit of the head of Kyrgyzstan to Tashkent, the adherence to the course of further strengthening the Uzbek-Kyrgyz relations in the spirit of friendship, good-neighborliness, trust and strategic partnership was re-emphasized. In recent years, cooperation between the two countries in all areas has significantly intensified. This trend is not only already bearing fruit, but also opens up new horizons for further cooperation.

A. Dzhorobekova is convinced that the agreements reached during the visit open up wide opportunities for using the untapped potential of cooperation in the field of education and science, which will give an additional impetus to the development of cooperation in this direction. In this regard, she considers it necessary to strengthen direct interuniversity ties, develop and implement joint educational programs for the preparation of bachelors and masters in the direction of "regional studies".

More than 20 prominent scientists and experts from leading research institutes and analytical centers of Uzbekistan and Kyrgyzstan, such as the National Institute for Strategic Studies, the Diplomatic Academy of the Ministry of Foreign Affairs of the Kyrgyz Republic, the Pikir Regional Experts Club, Research Network of Central Eurasia ”, Kyrgyz-Russian Slavic University, Kyrgyz National University attended the event, which was organized by the ISMI.

The Uzbek side at the event was represented by leading analysts from the Institute for Strategic and Interregional Studies (ISMI) under the President of the Republic of Uzbekistan, the Center for Economic Research and Reforms, the International Institute of Central Asia, the Information and Analytical Center for International Relations.