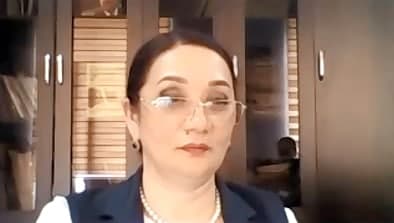 Uzbekistan and Tajikistan need to modernize existing and create new transport routes. This point of view was expressed by the Deputy Director of the Center for Strategic Studies under the President of the Republic of Tajikistan Saodat Jurakhonzoda during a video conference on the topic: "Uzbekistan-Tajikistan: prospects for mutually beneficial cooperation."

In her opinion, the advantageous geographical location and extensive transport infrastructure of Uzbekistan and Tajikistan represent a broad opportunity to diversify access to external markets. At the same time, the full use of the common transport and communication potential contributes not only to the growth of mutual trade, but also to the strengthening of humanitarian ties at the interregional level.

According to the Tajik expert, strengthening ties in the transport sector and developing transport and logistics infrastructure will significantly expand the volume of trade between countries, create new sales markets, and give a significant impetus to border trade.

As Saodat Jurakhonzoda noted, in 2015-2020, the trade turnover between Tajikistan and Uzbekistan increased 30 times, with 33.3% of this amount accounted for by the export of Tajik goods to Uzbekistan. At the same time, Saodat Jurakhonzoda believes that in order to increase the competitiveness and attractiveness of transport corridors running through the territories of Uzbekistan and Tajikistan, it is necessary to modernize existing and create new transport routes, as well as multimodal logistics centers with the involvement of the private sector, including on the principle of state -private partnership. In her opinion, multimodal transportation is currently the most innovative and strategic direction in the development of transport, logistics and communication spheres.