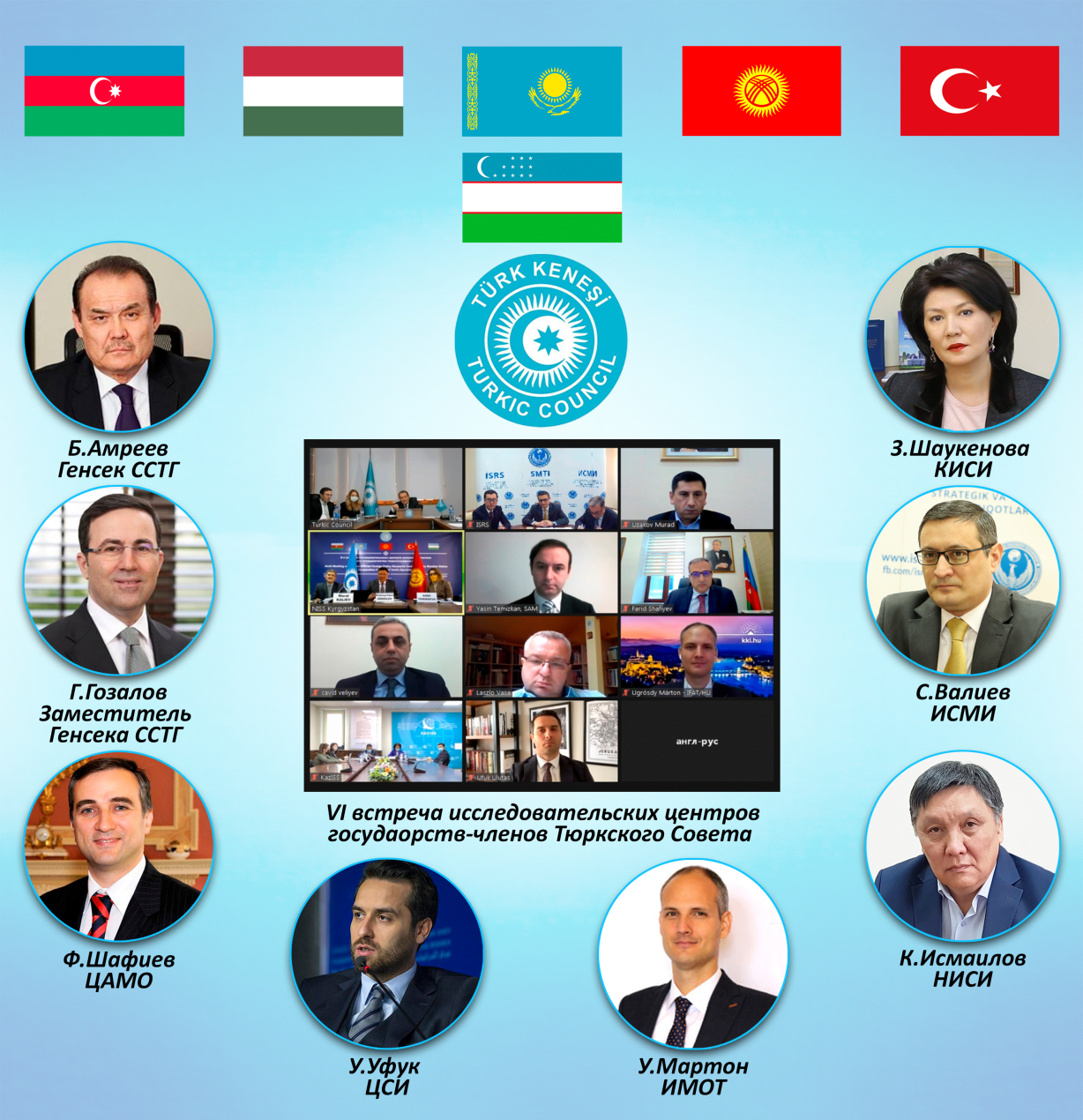 ISRS experts took part in the sixth meeting of the Cooperation Council of Turkic Speaking States research centers, dedicated to development of interaction between the member countries of the Council during the pandemic.

At the virtual meeting, views were exchanged on the epidemiological and socio-economic situation in the Council countries during the pandemic, promising areas of cooperation between the member states. Participants discussed possible ways out of the “coronacrisis” and mitigating its negative consequences by developing common approaches.

Deputy Director of the Institute for Strategic and Regional Studies under the President of the Republic of Uzbekistan Sanjar Valiyev highly appreciated the positive dynamics of relations between the Turkic Council countries during the pandemic. The expert noted that the Turkic Council was one of the first among various integration associations in the world to consolidate for taking joint coordinated measures against the spread of the disease and providing socio-economic support to citizens and business circles.

S. Valiyev highlighted a number of urgent measures taken following the results of the out-of-schedule Turkic Council summit held in April this year. Thus, the implementation of the proposal forwarded during the meeting by the President of the Republic of Uzbekistan Shavkat Mirziyoyev to establish a Coordination Committee on Healthcare under the Turkic Council Secretariat served as an impetus for initiating broad interaction between the health authorities of Turkic Speaking States during the spread of the pandemic.

Head of Department of the Center for Strategic Research at the Foreign Ministry of Turkey, Yasin Temizkan, highly appreciated the intention of the Uzbek side to give a new impetus to transport and communication cooperation at the regional level and in the Turkic Council space. In particular, he spoke positively about the initiative forwarded by President Shavkat Mirziyoyev to create a working group headed by the heads of the ministries of transport of the organization’s countries, identifying the transport and communication sphere as the most priority area of ​​cooperation. According to the expert, using the capabilities of the Trans-Caspian transport corridor will allow the Central Asian members of the Turkic Council to enter new promising markets.

Following the meeting, representatives of analytical structures agreed to complete in the near future the publication of the geo-economic atlas of the Turkic Council, as well as to take joint steps to further institutionalize cooperation between the research centers of the association and enhance the agenda of the meetings.

Participants of the event positively perceived the proposal of the Uzbek side for participation of representatives of the Turkic Council analytical centers in the international conference “Central and South Asia: Regional Connectivity. Challenges and Opportunities”, initiated by the President of Uzbekistan during the last summit of the SCO Heads of State and scheduled to be held in April 2021 in Tashkent.

The meeting allowed Turkic Council experts to exchange views and develop recommendations for deepening cooperation between the Turkic Speaking States, aimed at getting out of the “coronacrisis” and mitigating the economic consequences of the pandemic.