SCO experts discuss the prospects for the development of multilateral cooperation 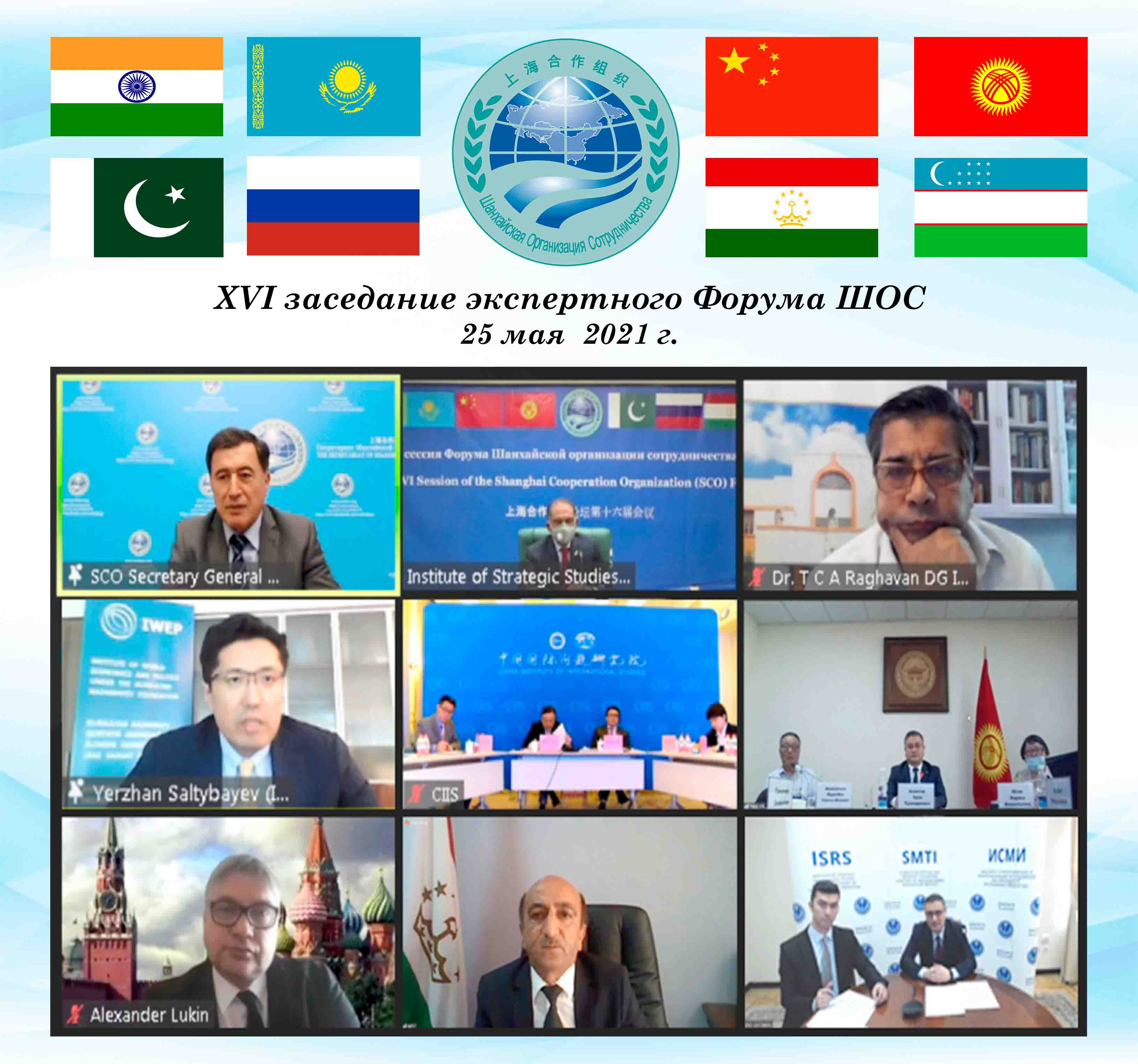 The 16th meeting of the SCO Forum was held on 25 May. The online meeting, organized by the Institute for Strategic Studies of Islamabad in conjunction with the SCO Secretariat, was attended by experts from the leading research institutes of the Organization’s member states.

The Uzbek side was represented by experts from the Institute for Strategic and Interregional Studies under the President of the Republic of Uzbekistan.

During the event, an exchange of views took place on the current situation, challenges and threats in the Organization’s space, new approaches to the development of multilateral cooperation of the SCO during a pandemic. The experts also discussed the possibilities for improving the research activities of the SCO Forum.

In his welcoming speech, SCO Secretary General Vladimir Norov noted that the Organization is entering its third decade in a difficult international environment, when relations between the leading powers are deteriorating, positive, unifying moments are washed out of the global agenda, and dialogue methods are replaced by force pressure.

Vladimir Norov also pointed to the noticeable growth of protectionism, the intensification of attempts among the countries of the world to undermine the fundamental principles of international trade, embodied in the WTO rules. As the SCO Secretary General noted, “the coronavirus pandemic has had a devastating impact on world economic relations. Due to the pandemic, many transnational production chains have been undermined, transport flows have been blocked, which has a negative impact on the development of trade and economic cooperation in the SCO space”.

In these conditions, as Vladimir Norov noted, the development of anti-crisis measures and collective action, taking into account the global economic decline caused by the pandemic, has become one of the key priorities of the Organization. In this regard, he emphasized the importance of the scientific research potential of the SCO Forum, which needs to be developed and filled with new content in the interests of the participating countries.

This point of view was supported by the director of the Institute of World Economy and Politics Yerjan Saltybayev, pointing out the importance of developing and introducing videoconferencing mechanisms for national research centers of the SCO aimed at discussing urgent problems faced by the member states of the Organization.

In turn, the deputy director of the ISMI under the President of the Republic of Uzbekistan Sanjar Valiev also noted that under the influence of the ongoing coronavirus pandemic, the role of close interaction between research centers and the expert community of the SCO member states is increasing.

Sanjar Valiev emphasized the need to ensure a higher level of preparedness to collectively confront new epidemiological threats. The expert also pointed out that the SCO countries account for about 40% of the world’s population, so the effect of their joint activities is of global importance. “In the face of new challenges, the old methods of solving problems are not always effective,” he added.

In this regard, the deputy head of the ISMI cited the initiatives of President Shavkat Mirziyoyev to expand joint counteraction to new challenges and threats to the health of the population of the SCO countries. In particular, at the SCO summit on 10 November 2020, the head of Uzbekistan proposed to create a network of medical institutions to combat diseases that cause epidemics. In addition, in order to introduce new remote technologies in the health care system, the development of the Concept of cooperation in the field of telemedicine has begun. This document provides for the training of physicians in telemedicine methods in the treatment of a wide range of diseases, as well as the exchange of best practices.

Speaking as a moderator of the first session of the forum dedicated to the prospects for cooperation in the field of security, President of the Center for Global and Strategic Studies Sayyid Khalid Jaffari noted that today the SCO is one of the key factors in maintaining security and stability in the Eurasian region, an integral element of the system of regional and international politics and security. He stressed that "economic plans cannot be implemented stably until security is ensured in the entire SCO region."

In this vein, the former SCO Secretary General Muratbek Imanaliev emphasized that in a difficult international situation, the geo-economic design of Eurasia is gaining momentum and expanding its scale. In this regard, the participating countries need to direct efforts not only to restore and develop existing routes for the movement of goods and finance, but also to design a new space that should be comprehensive, safe and beneficial for all states.

In his report, Abror Madimarov, a leading researcher at ISMI, stressed that against the backdrop of growing challenges and threats, the SCO research community needs to demonstrate its ability to adapt to new realities, to solve fundamentally important tasks to ensure security in the Organization’s space.

Considering that in modern conditions the threats of terrorism, extremism and drug trafficking are not only not weakening, but are intensifying and acquiring new forms, at the summit of the heads of state, Uzbekistan proposed to adapt the SCO RATS to solving fundamentally new tasks to ensure security in the contacts of competent authorities.

During the second session of the event, experts discussed building up socio-economic cooperation between the SCO member states. Moderator Zeng Xianghong, Deputy Dean of the School of Politics and International Relations, Lanjou University noted that in the face of the negative impact of the pandemic on trade and economic relations, collective efforts of the participating countries are required to maintain the economic development of the region.

Leading expert of the Institute of World Economy and Politics Lydia Parkhomchik emphasized that now more than ever, it is becoming more important to connect the national economies of the Organization’s countries in a wide range of areas. At the same time, according to the expert, emphasis should be placed on deepening regional cooperation, developing business contacts, increasing the volume of freight traffic, improving logistics conditions, as well as increasing the turnover of e-commerce.

Experts from the Institute for Far Eastern Studies of the Russian Academy of Sciences, the Center for Strategic Studies under the President of the Republic of Tajikistan also called for active cooperation to revive trade and economic cooperation within the SCO. In their opinion, the further expansion of trade and economic ties between the countries of the SCO family will demonstrate the presence of high trust and a desire to create a solid foundation for strengthening cooperation in the field of investment and innovation.

The last forum became an important event of the Organization aimed at discussing topical development issues in anticipation of the upcoming meeting of the SCO Heads of State Council. The experts exchanged views and put forward relevant proposals aimed at resuming trade, economic, cultural and humanitarian ties, the flow of tourists interrupted by the pandemic.

Aizaz Ahmad Chaudhary, Director General of the Institute for Strategic Studies of Islamabad, noted that the ideas expressed at the Forum meeting will be taken into account when developing new approaches to solving practical problems on the multifaceted development of cooperation within the SCO.