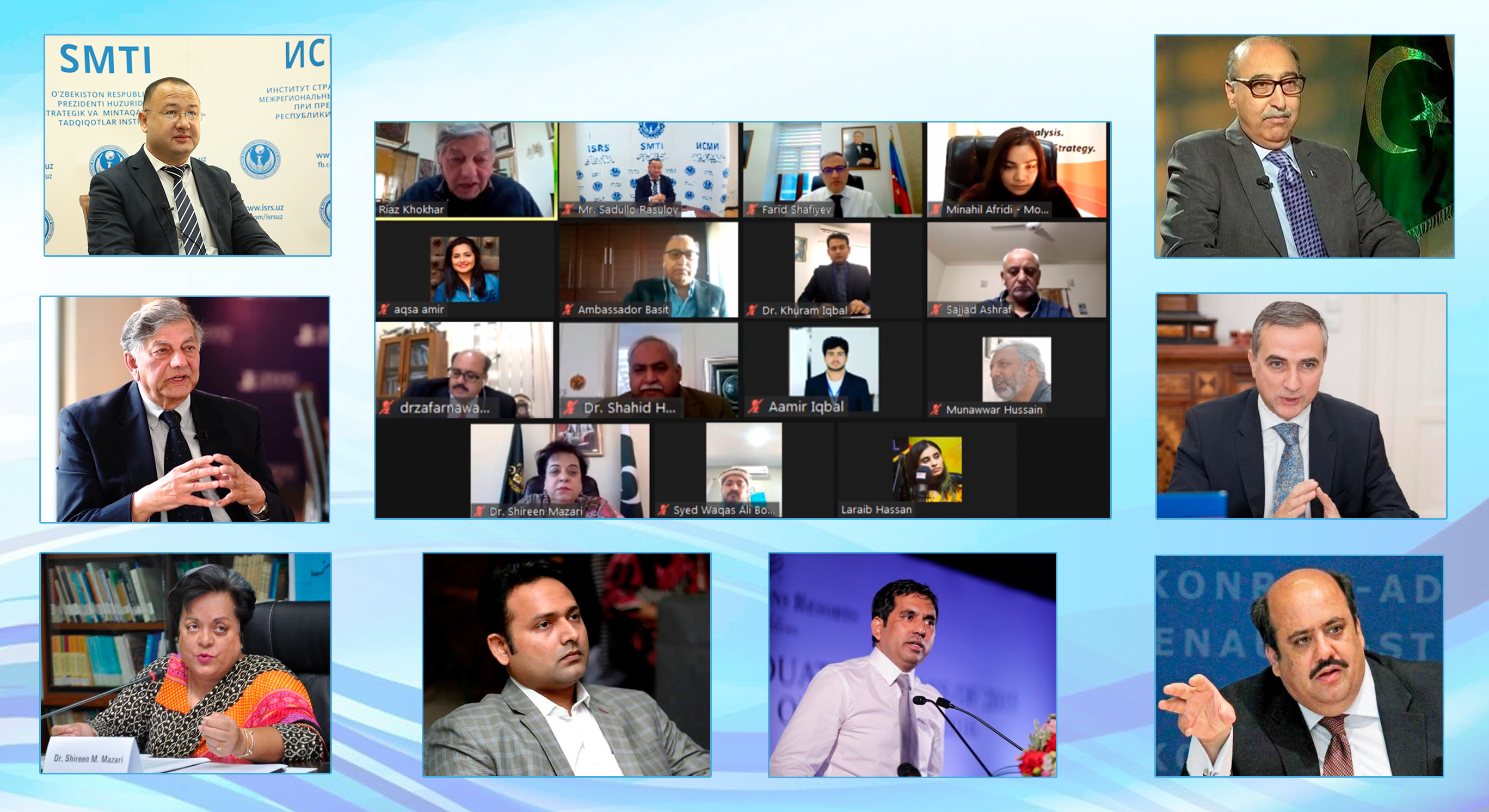 CGSS hosted an online conference on “Emerging regional security structure in the backdrop of rising Asia”.

An online conference has been held on “Emerging regional security structure in the backdrop of rising Asia”.

The event, organized by Pakistan’s Center for Global and Strategic Studies, was attended by public and political figures, leaders and experts of think tanks from Pakistan, Uzbekistan, Azerbaijan and Maldives.

Experts exchanged views on the current state and prospects for development of the situation in Asia, on the role of international organizations, including the SCO, in ensuring security and stable development in the region. Building mutually beneficial trans-regional cooperation was discussed.

ISRS Department Head Sadullo Rasulov presented the key aspects of Tashkent’s policy within the SCO. He acquainted the participants of the event with the initiatives announced by the President of the Republic of Uzbekistan at the Meeting of the Council of Heads of State of the Shanghai Cooperation Organization on November 10 this year.

Experts positively assessed the growing role of Uzbekistan in ensuring security and sustainable development on the vast Eurasian continent. The initiatives of President Shavkat Mirziyoyev for peaceful settlement of the situation in Afghanistan were generally supported.

In particular, it was emphasized that uniting efforts of the SCO countries within the framework of the SCO – Afghanistan Contact Group through joint development and implementation of the Plan of practical measures to promote the socio-economic reconstruction of Afghanistan, initiated by the President of Uzbekistan at the SCO summit, will serve to stabilize the situation in this country, which is an important condition for enhancing trade, economic, cultural and humanitarian ties between South and Central Asia.

In addition, the participants of the videoconference were interested in the proposal of President Shavkat Mirziyoyev at the SCO summit to hold in 2021 the international conference “Central and South Asia: Regional Connectivity. Challenges and Opportunities”. It was noted that the upcoming international forum will allow discussing the current issues of formation of effective transport and economic corridors, the implementation of joint investment, trade, economic, cultural and humanitarian programs designed to strengthen the connectivity of Central and South Asian countries, return Afghanistan the role of a trans-regional bridge.