A. Nematov: All disputes in the water sector should be resolved through negotiations and consultations in the spirit of good-neighborliness and cooperation 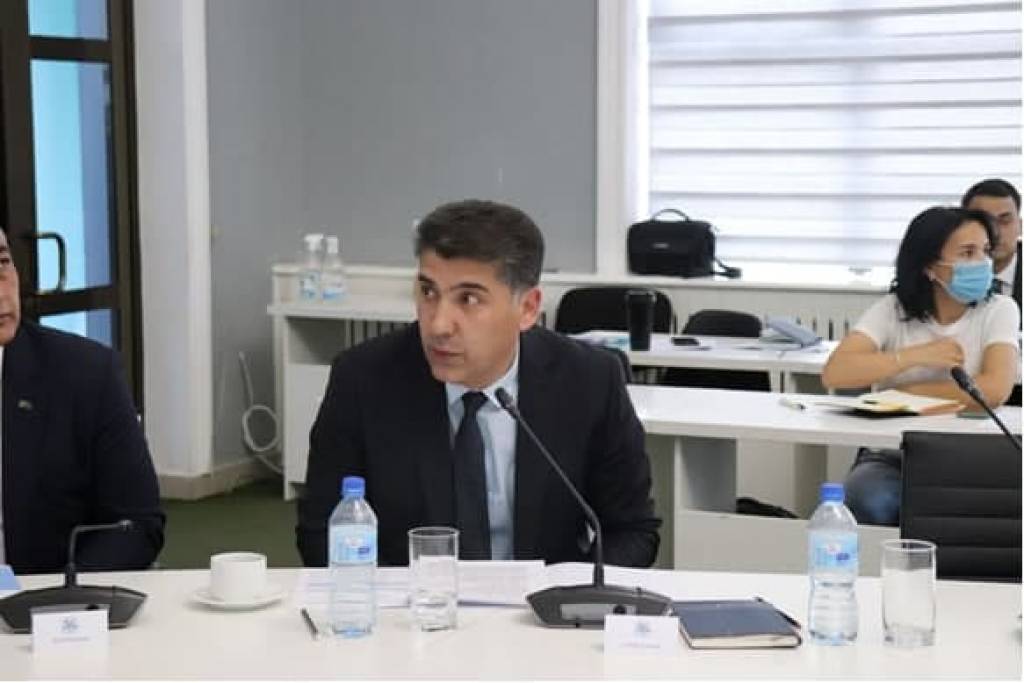 Speaking at an international conference on "Strengthening regional cooperation in the water sector in Central Asia", the first deputy head of the of the Institute for Strategic and Interregional Studies (ISMI) Akramjon Nematov presented Uzbekistan’s approaches to solving water problems.

According to A. Nematov, cooperation in the field of water resources should be carried out on the basis of the principles of sovereign equality, territorial integrity, mutual benefit and good faith in the spirit of good neighborliness and cooperation.

Reasonable, equitable and optimal use and protection of water, energy and related resources of international watercourses should be a key condition.

The expert believes that the management of water resources of transboundary watercourses should be carried out in such a way that the needs of the present generation are met without prejudice to the future.

Water is an ecosystem, a drinking resource, an important factor for the development of energy and agriculture, and sometimes a source of emergencies, - stressed A. Nematov. In this regard, he urged to be guided by the principles of integrated water resources management, an intersectoral and interdisciplinary approach in this area.

The contradictions in this area should be resolved taking into account the entire set of geographic, hydrographic, hydrological, climatic, ecological and demographic factors, as well as the socio-economic needs of the states of the region, with special attention to the requirements to meet urgent human needs and the needs of ecosystems in a sufficient amount of water.

“The main thing is that all disputes should be resolved through negotiations and consultations,” the ISMI representative said.

On the basis of these principles, it is important to strengthen approaches to the development of regional cooperation in the water-ecological sphere, allowing:

1) conduct joint monitoring of the flow of the Amu Darya, Syrdarya and other transboundary rivers;

3) establish the exchange of open data;

At the same time, it is important that the issues of using the water resources of transboundary rivers in Central Asia are resolved taking into account the interests of the population living in all countries of the region, as well as all actions carried out on transboundary rivers should not have a negative impact on the existing ecological and water balance of the region.

Proceeding from these approaches, according to A. Nematov, work with neighboring countries has begun in Uzbekistan. A working group has been created to develop proposals on all areas of water relations between Uzbekistan and Kazakhstan and Tajikistan. The signing of an Interdepartmental Agreement with Kyrgyzstan on the establishment of a joint bilateral water management commission is being prepared to reach consensus on the issues of the water and energy sector. Interaction with Turkmenistan is developing fruitfully within the framework of a trilateral working group with the participation of the Amu Darya basin water management organization.

Significant events were the plans announced at the highest level for the joint construction of two hydroelectric power plants by Uzbekistan and Tajikistan on the Zarafshan River. The Uzbek side expressed its readiness to comprehensively consider the possibility of participating in the construction of hydraulic structures in Tajikistan, including the Rogun HPP, as well as the Kambarata HPP-1 in Kyrgyzstan.

A. Nematov also emphasized the role of Afghanistan, which is interested in establishing contacts with the countries of Central Asia, including Uzbekistan, on water use. According to experts, in the next 15 years, Kabul will increase the withdrawal of water resources from the Amu Darya fivefold and will bring this figure to 10-15 km3 per year. With this development of events, according to preliminary estimates, the existing water deficit in Uzbekistan in the Amudarya river basin, on average from 1.5 to 3.0 km3 per year, can increase to 10 km3 per year.

The representative of ISMI noted that the outlined principles and mutually acceptable mechanisms for the joint use of water resources in the region will create a stable, long-term and trusting basis for solving existing and emerging issues in the interests of all countries of Central Asia.

For the further development of regional cooperation on water and environmental issues, the expert suggested:

First, to continue work on a radical increase in the level of regional cooperation in water conservation, management and rational use of transboundary water resources;

Secondly, to adopt the Regional Program for the Rational Use of Water Resources in Central Asia, initiated by the President of Uzbekistan Sh.Mirziyoyev at the meeting of the heads of the founding states of IFAS in August 2018.This, the expert believes, will open a new stage of cooperation between the countries of the region on the joint use of transboundary water resources , will make it possible to jointly implement water and energy projects, as well as develop practical actions for joint accounting and exchange of information on the Amu Darya and Syrdarya river basins.

Thirdly, to adopt a Regional Strategy on Adaptation to Climate Change, which will allow, on the one hand, to establish a regional dialogue between the countries of the region to analyze and develop proposals for mitigating the products that provide an increase in productivity and adaptation of agricultural plants to new agro-climatic and soil conditions.