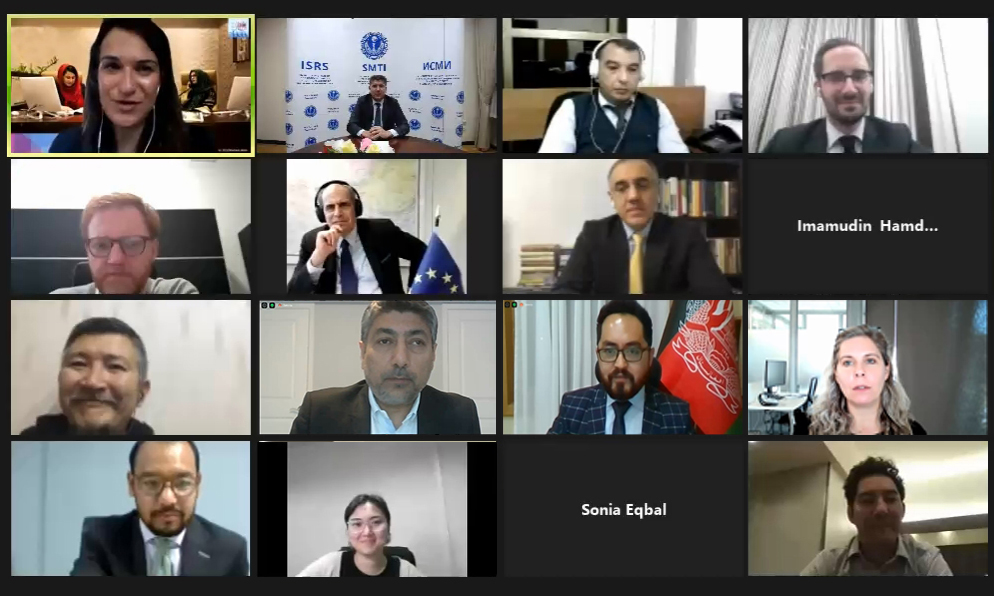 On October 14, an international online webinar “Stabilization and interconnection in European – Uzbekistan – Afghanistan relations” was held.

At the event, organized by the Friedrich Ebert Foundation in Central Asia, together with the Institute for Strategic and Regional Studies under the President of the Republic of Uzbekistan, representatives of foreign affairs agencies, heads and leading experts of analytical centers of the EU, Germany, Afghanistan and Uzbekistan considered the state and prospects of mutually beneficial cooperation in achieving long-term and sustainable peace in Afghanistan.

Commenting on the launch of negotiations between the Taliban Movement and the government of the Islamic Republic of Afghanistan in Doha, ISRS representative A. Nematov noted that this is a historic chance to put an end to the long-term war in Afghanistan. According to him, the negotiations will not be easy, this is only the beginning of a very difficult path. However, according to the expert, there is no other alternative, the settlement of the situation in Afghanistan is possible exclusively through political dialogue and the implementation of an inclusive peace process by the Afghans themselves and under the leadership of the Afghans themselves.

Noting the need for ensuring the continuity and progress of the peace process, A. Nematov noted that further strengthening the comprehensive and long-term Uzbekistan – European partnership can play an important role in the process of achieving peace in Afghanistan. The basis is the common understanding that peace and stability in Afghanistan is a key condition for security and sustainable development of Eurasia.

Implementation of joint programs in trade, energy and transport in Afghanistan, ensuring trans-regional interconnection, according to A. Nematov, can serve as an important factor in formation of regional and international consensus on the need to achieve peace in Afghanistan.