Meeting of the Director of ISRS with foreign diplomats 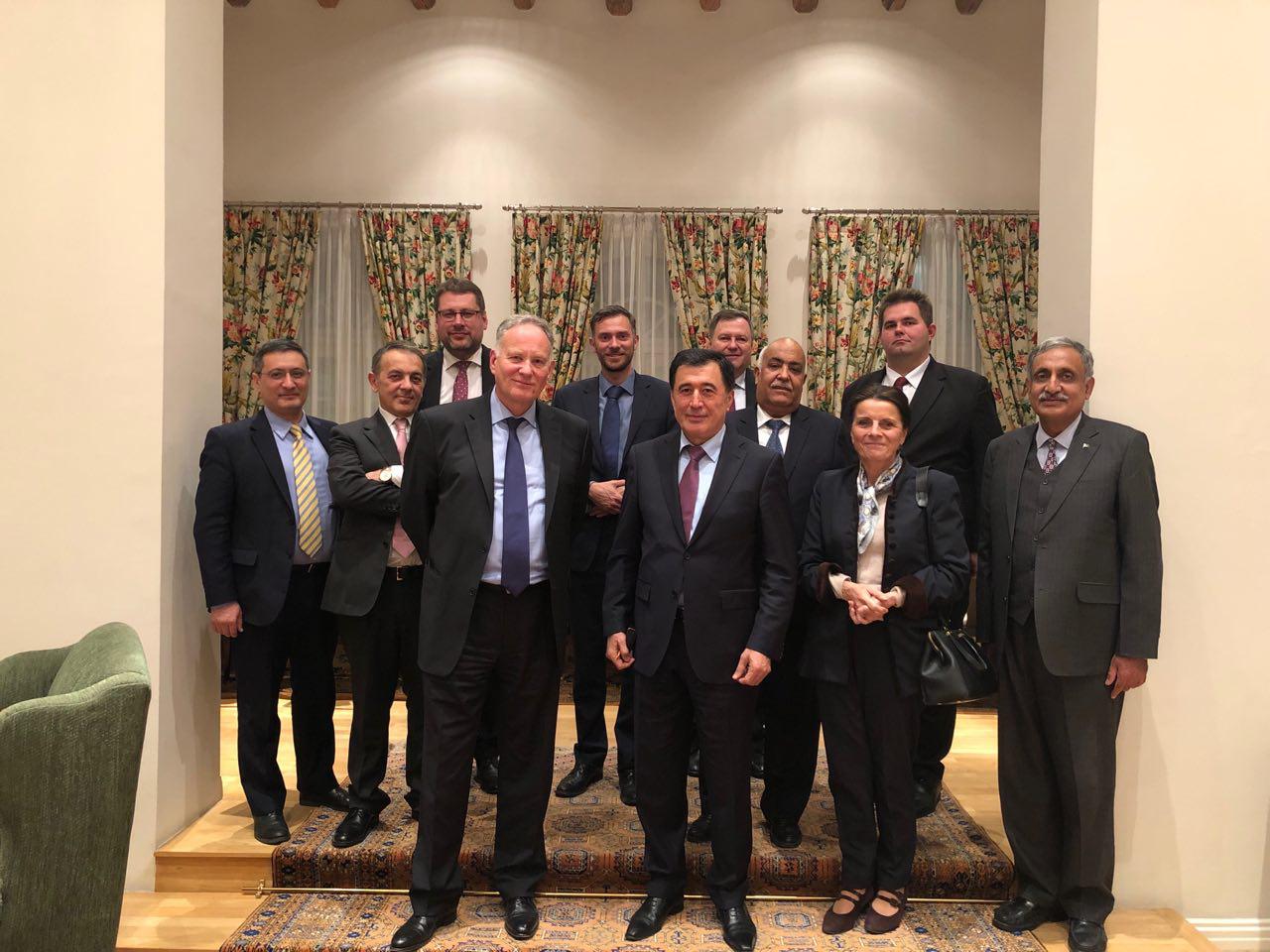 Director of the Institute for Strategic and Regional Studies under the President of Uzbekistan Vladimir Norov participated in a dinner, organized by an ambassador of Germany in Uzbekistan Günter Overfeld on the occasion of appointment of V.Norov as a Secretary General of the SCO. Ambassadors of the United Kingdom, France, Italy, Hungary, the Czech Republic, India, Pakistan and Algeria, as well as the heads of UN and European missions also was invited to the event.

During the event, congratulating V.Norov on his appointment to the post of Secretary General of the Shanghai Cooperation Organization, the diplomats expressed confidence that the representative of Uzbekistan will contribute to expanding the cooperation of the SCO with the UN and other international and regional organizations.

According to diplomats, appointment of the representative of Uzbekistan to the post of SCO Secretary General was another indicator of the intensification and expansion of the role of the republic in international relations.