Meeting with the UN Under-Secretary-General, Executive Director of United Nations Office on Drugs and crime

The Uzbek delegation, headed by the Chairman of the Senate Committee of the Oliy Majlis A.Kurmanov, with the assistance of the Embassy of the Republic of Uzbekistan in Austria visited UN headquarters in Vienna and met with the UN Under-Secretary-General, Executive Director of the UN Office on Drugs and Crime (UNODC) Y.Fedotov. 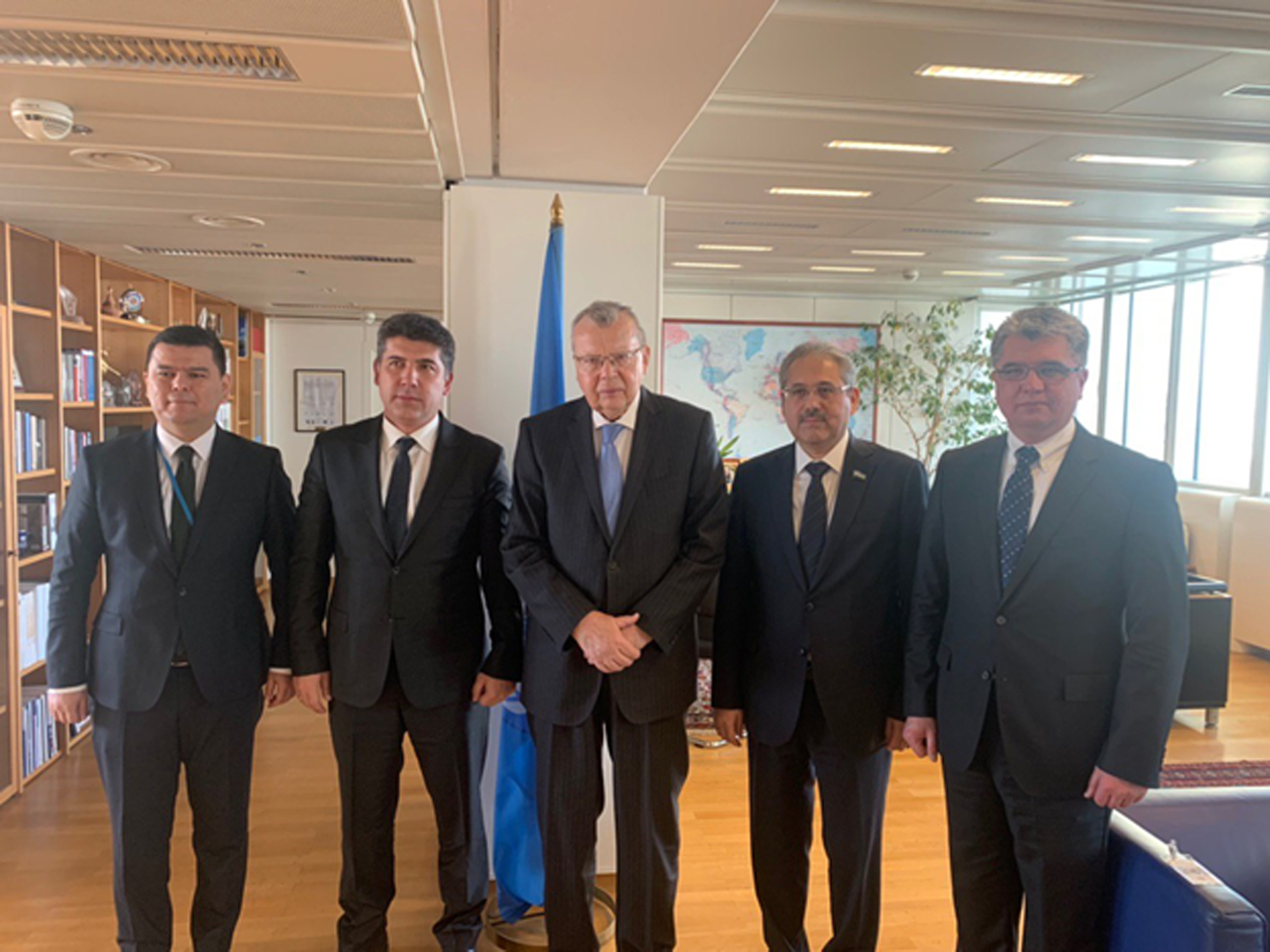 The UN Under-Secretary-General welcomed the Uzbek delegation and noted the dynamically developing and strengthening UN partnership with Uzbekistan. It is emphasized that UNODC acknowledges the importance of deepening mutually beneficial cooperation with Uzbekistan in the fight against drug trafficking, transnational crime and international terrorism. Y.Fedotov warmly recalled the meeting with President of Uzbekistan Sh.M.Mirziyoyev, held in November 2017 in Tashkent.

«Today we acknowledge the enormous progress in our relations. In a record-breaking short time, the Road Map has been adopted and is being consistently implemented to expand our practical interaction», he noted.

The UN Deputy Secretary General highly appreciated the policy pursued by Sh.M. Mirziyoyev to ensure peace, stability and sustainable development in Central Asia, to strengthen mutually beneficial cooperation with the countries of the region based on the principles of good neighborliness, mutual understanding and consideration of interests. Y.Fedotov emphasized that thanks to the effective cooperation and intensification of joint efforts on the regional level, there has recently been a decrease in the crime related to drug trafficking in Central Asia.

The head of UNODC supported the wide-scale measures taken by Uzbekistan in the fight against corruption and money laundering. He expressed the readiness of UNODC to provide comprehensive assistance in the practical implementation of the state anti-corruption program for 2019-2020, approved by the Decree of the President of the Republic of Uzbekistan in May of this year.

Moreover, Y.Fedotov welcomed the decision of Uzbekistan to participate in the 8th UN Conference of the countries participating in the Convention on Against Corruption, which will be held from December 16 to 20 in the city of Abu Dhabi. In addition, Y.Fedotov invited Uzbekistan to take part in the 14th UN Congress on Crime Prevention, will be held in Kyoto from April 20 to 27, 2020 and dedicated to strengthening of justice system and rule of law, including education and enlightenment.

At the end of the meeting, the parties reaffirmed their mutual readiness to develop long-term cooperation in countering modern global challenges and threats.

The delegation includes the first deputy director of ISRS A.Nematov.