A visit of Uzbek delegation to Germany

The delegation of the Republic of Uzbekistan, consisting of representatives of the ISRS, the Central Election commission and the MFA, headed by the chairman of the Senate Committee Alisher Kurmanov, paid a visit to Germany.

Members of Uzbek delegation held meetings at the Ministry of Foreign Affairs of Germany, the Bundestag and conducted several “round tables” in the F.Ebert and K.Adenauer foundations. Parties exchanged their views on current conditions and perspectives of bilateral cooperation between Uzbekistan and Germany.

The main attention was paid to the discussion of the preparation and conduct of the upcoming elections to the Legislative Chamber of the Oliy Majlis and local representative bodies in Uzbekistan.

Substantive conversations with German politicians and experts demonstrate the growing interest in Berlin for the dynamic development of Uzbekistan, transformations in political and economic life as well.

At the meeting with the Uzbek delegation, Foreign Minister of the ruling Social Democratic Party of Germany, Dr.Nils Schmid, welcomed the proactive and open foreign policy of Uzbekistan. The German politicians expressed their willingness to provide comprehensive assistance and support in the implementation of this course.

Professor of Law, former German Federal Minister of Justice Herta Däubler-Gmelin highly evaluated the reforms in the field of social and state construction, ensuring the rule of law. She emphasized the importance of the upcoming parliamentary elections for strengthening of democratic principles in Uzbekistan. According to Herta Däubler-Gmelin, the reforms carried out in the field of electoral legislation create the necessary conditions for holding transparent democratic elections and free expression of the will of citizen. 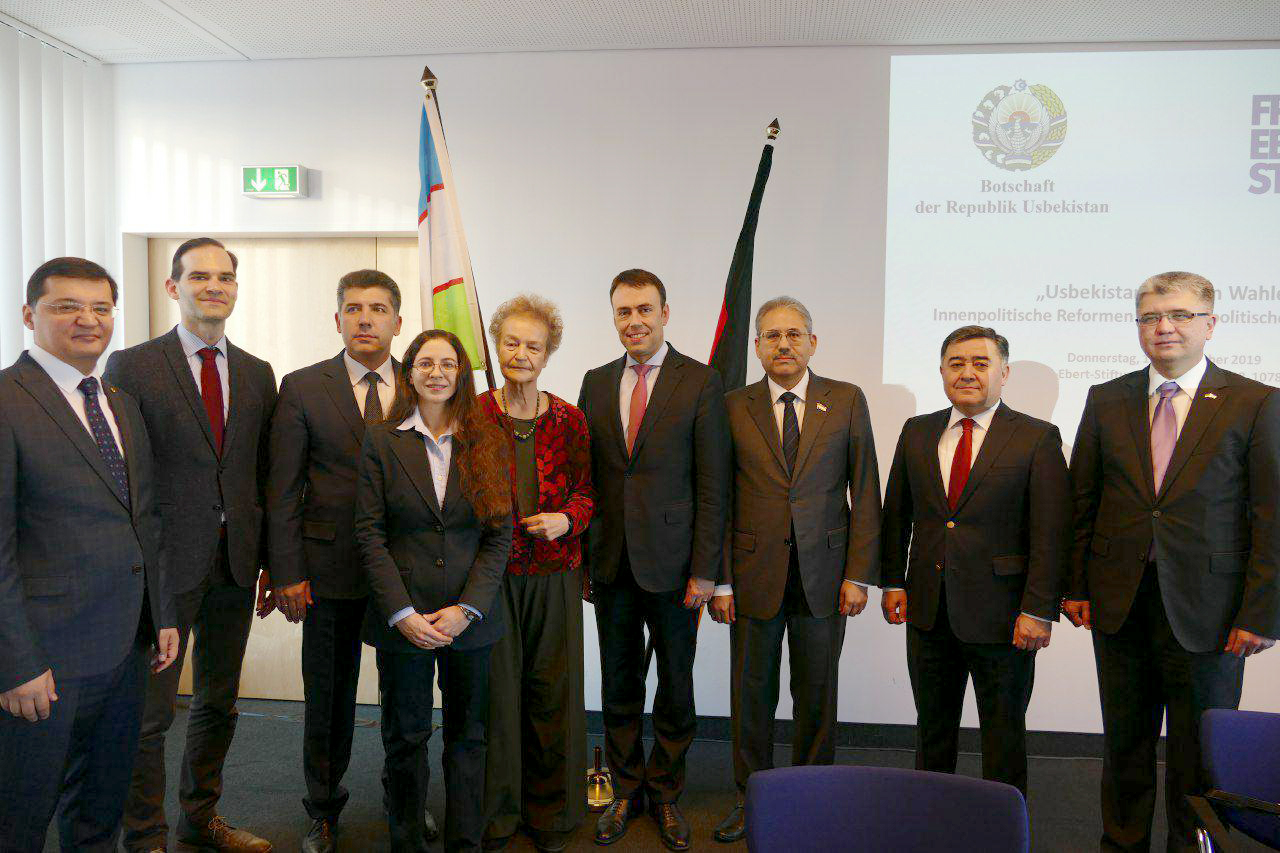 During the “round table” at the K. Adenauer Foundation, the Chairman of the Foundation, Norbert Lammert welcomed the ongoing political and legal reforms in Uzbekistan aimed at strengthening the role of parliament and political parties in the country's social and political life.

Taking into consideration the growing role of Uzbekistan in the development of regional cooperation in Central Asia and its important place in the wider region of Asia, N.Lammert announced the Foundation’s intention to hold the next meeting of the heads of its representative offices in Asian countries in Tashkent in the
spring of 2020. 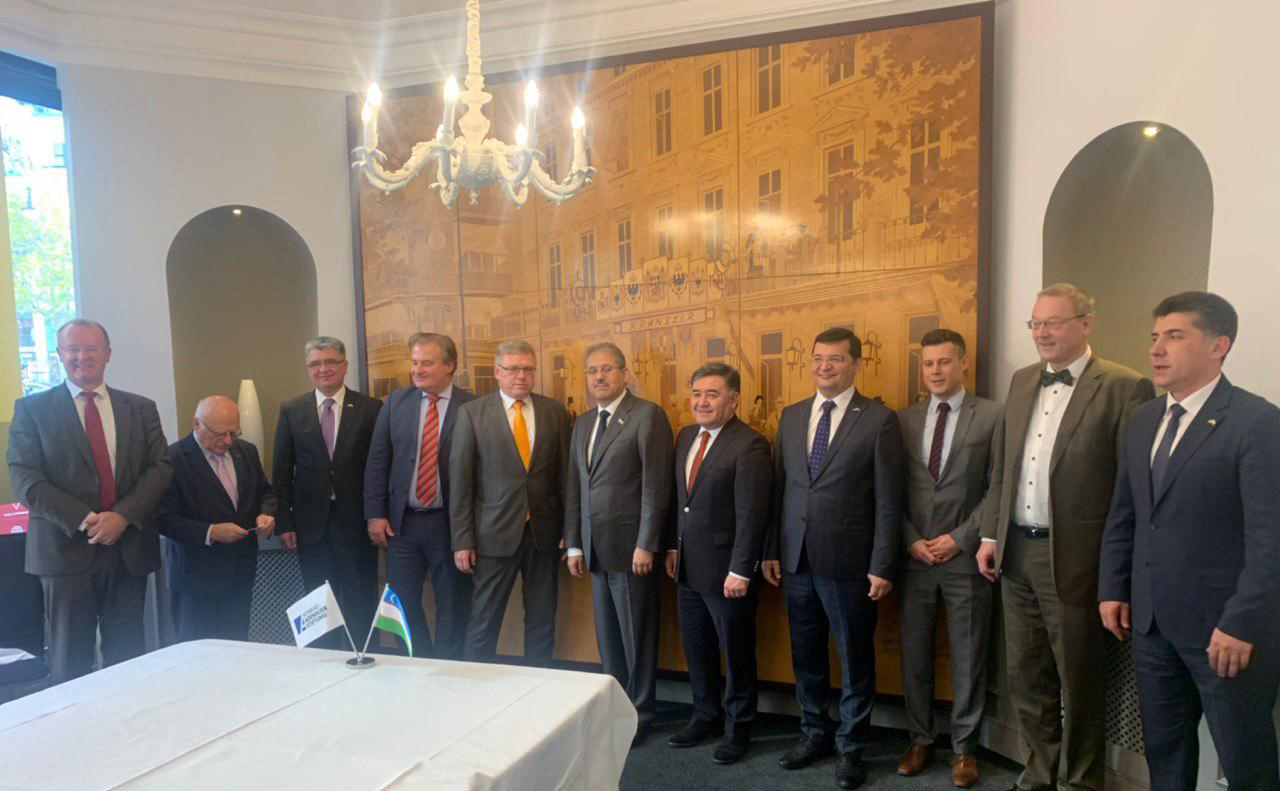 At the meeting with Thomas Bagger, adviser to the Federal President on diplomatic and foreign policy issues it was emphasized that Uzbekistan is a key partner of Berlin in Central Asia and German side gives priority to building up multifaceted cooperation with Tashkent. In addition to this, the visits of the President of the Republic of Uzbekistan Shavkat Mirziyoyev in Germany and the Federal President Frank-Walter Steinmeier to Uzbekistan contributed significant dynamics in bilateral relations. Moreover, the sides discussed issues of building a regular dialogue at the highest level. 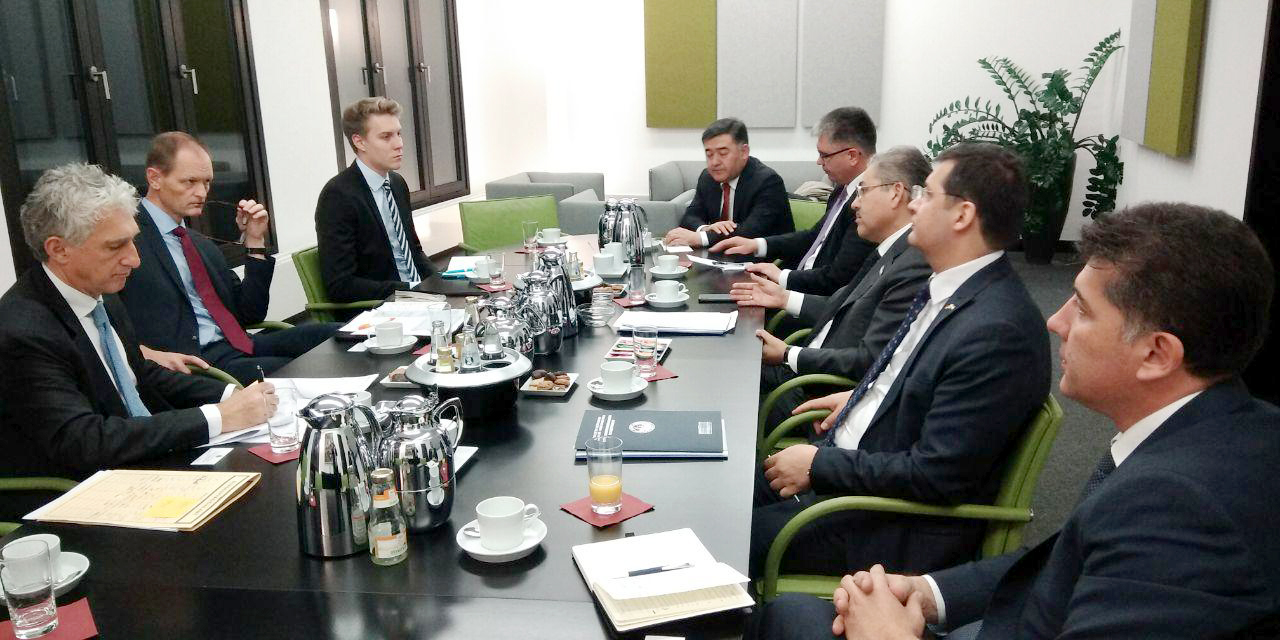 Intense negotiations took place at the Ministry of Foreign Affairs of Germany with the Dirk Wiese, Coordinator of the Federal Government of Germany on Coordination for Intersocietal Cooperation with Russia, Central Asia and the Eastern Partnership countries.

The German diplomat proposed promising projects for the development of cooperation. He noted the importance of expanding mutual understanding through the use of instruments of “public diplomacy” and implementation of cultural and humanitarian programs. In his opinion, the abolition of entry visas for German citizens was a progressive step by the Uzbek government. This was positively received at the level of ordinary citizens of Germany and attracted great interest in Uzbekistan.

According to Dirk Wiese, the political course of the President of Uzbekistan on building regional cooperation between Central Asian states and the consistent efforts of the Uzbek side to participate in the socioeconomic reconstruction of Afghanistan, created new opportunities for Germany to interact. 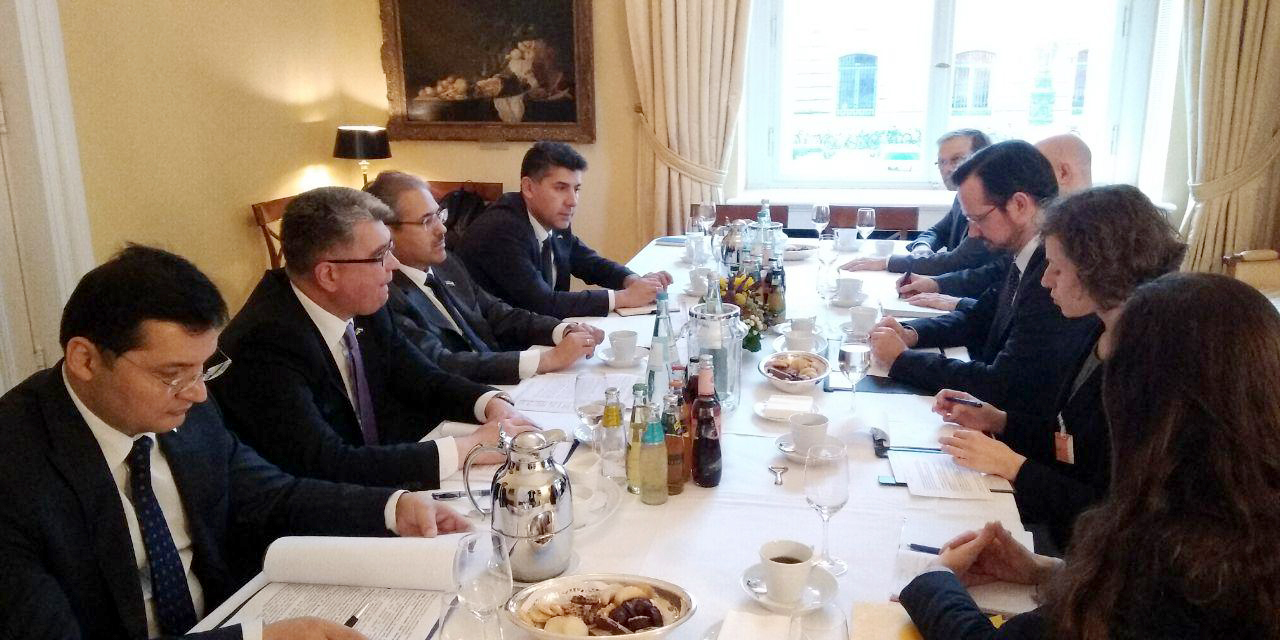 Berlin expressed its readiness for joint implementation of projects with Tashkent to promote the socio-economic reconstruction of Afghanistan.

The program of the first day of the visit ended with a meeting in the Bundestag with members of the Parliamentary Group “Germany-Central Asia”. Parliamentary Group Chairman Manfred Grund noted the steady growth in trade and economic relations between two countries. In the first half of this year, bilateral trade grew by
61 percent. He also highlighted the positive results of the conference on the Aral Sea, held on October 25, 2019 in Nukus.

The Bundestag welcomed the growing inter-parliamentary ties with Uzbekistan. Furthermore, Germany is observing with interest the preparations for the parliamentary elections in Uzbekistan. The ongoing campaign indicates positive changes and the emergence of new conditions for the active participation of the citizen in a political life of the state. There is no doubt that the role of parliament in Uzbekistan is steadily increasing. In this context, Uzbekistan acts as a vivid example and model for many countries in terms of political reform.

The visit of the Uzbek delegation to Germany continues. According to the agenda of the visit, meetings are planned with Hans-Peter Friedrich, the Vice President of the Bundestag and officials in the Office of the Chancellor of Germany.