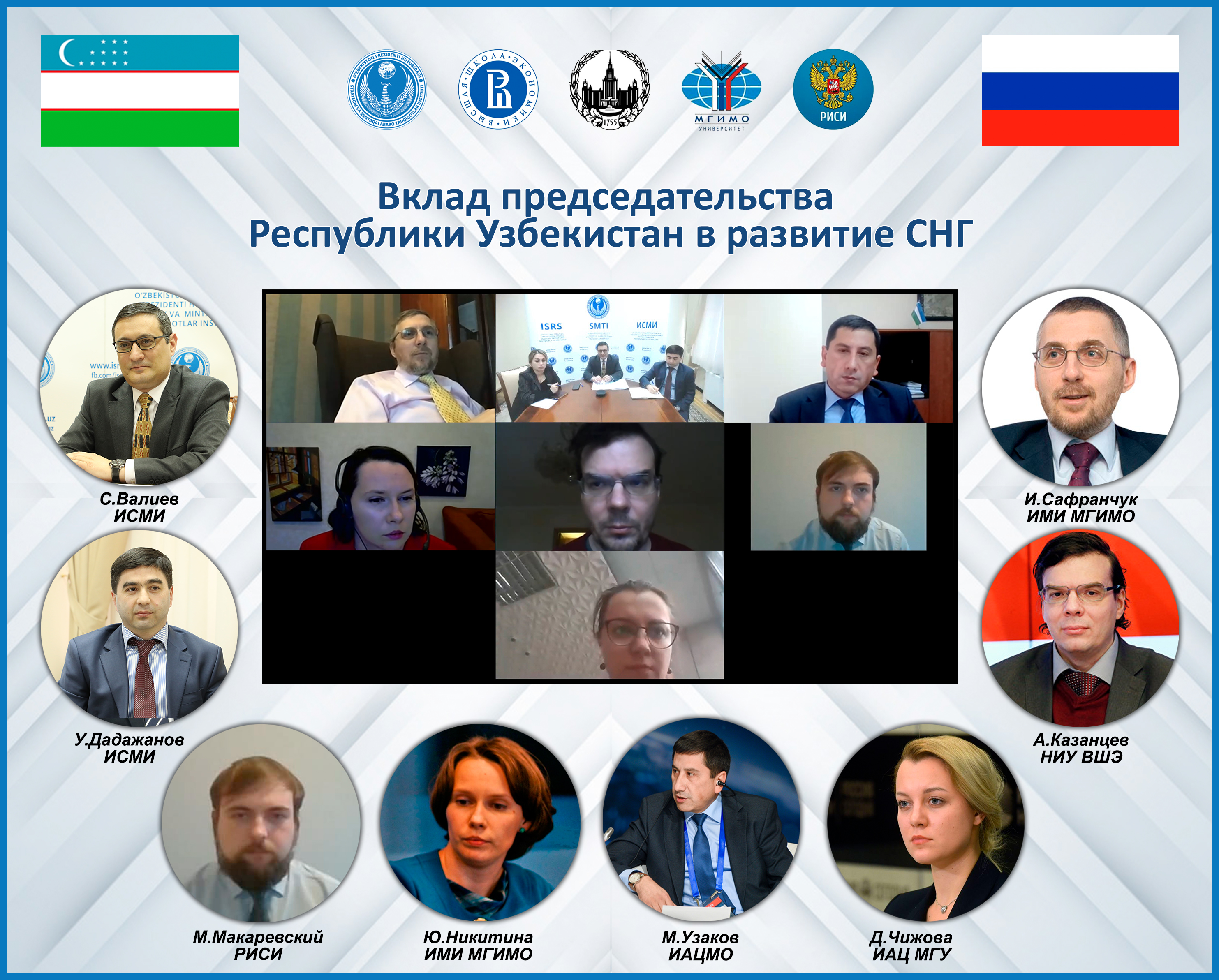 The event was attended by prominent scientists and experts from leading research institutes and analytical centers of Russia and Uzbekistan, such as the Russian Institute for Strategic Studies, Moscow State Institute of International Relations, the National Research University “Higher School of Economics”, the Information and Analytical Center of Moscow State University and the Information and Analytical Center for International Relations.

The experts analyzed the trade and economic prospects, as well as exchanged views on the current issues of the humanitarian agenda of the Commonwealth.

Opening the conference, ISRS Deputy Director Sanjar Valiyev noted that the results of the December 18 summit of the CIS Heads of State demonstrated the decisive attitude and interest of all participating states in further development and improvement of mechanisms in all spheres of interaction.

The adopted Concept for further development of the CIS and the Strategy for the economic development of the CIS until 2030, which will become the foundation for formation of new relations for the benefit of the interests of peoples of the Commonwealth, have become an important basis for multifaceted cooperation.

Leading Research fellow at MGIMO Institute for International Studies Ivan Safranchuk called the strategic guidelines adopted at the summit as an intention of the participating states to fulfill the urgent public demand for a new format of the organization’s cooperation.

An important element of the successful implementation of the Concept of the updated format of interaction should be taking into account the interests of all its participants and responsibility for the implementation of decisions.

Senior Research Fellow of the Center for Euro-Atlantic Security of Moscow State Institute of International Relations Andrey Kazantsev emphasized that the holding of the summit itself in a difficult period is the merit of President Shavkat Mirziyoyev, an indicator of the pragmatism and success of Uzbekistan’s foreign policy.

The basis for the formation of a new format of cooperation should be the implementation of the announced current initiatives in trade and economic sphere. At the same time, a special place is given to Tashkent’s proposals for the development of industrial cooperation and the expansion of competitive transport corridors that are of increased interest to the business community.

Participants of the conference came to the conclusion that the renewal of the format and directions of the strategic interaction in the organization comes from the current real requests of the member states, taking into account the new emerging trade and economic trends at the global and regional level. The potential of the CIS on activating beneficial multilateral cooperation remains high.
Source