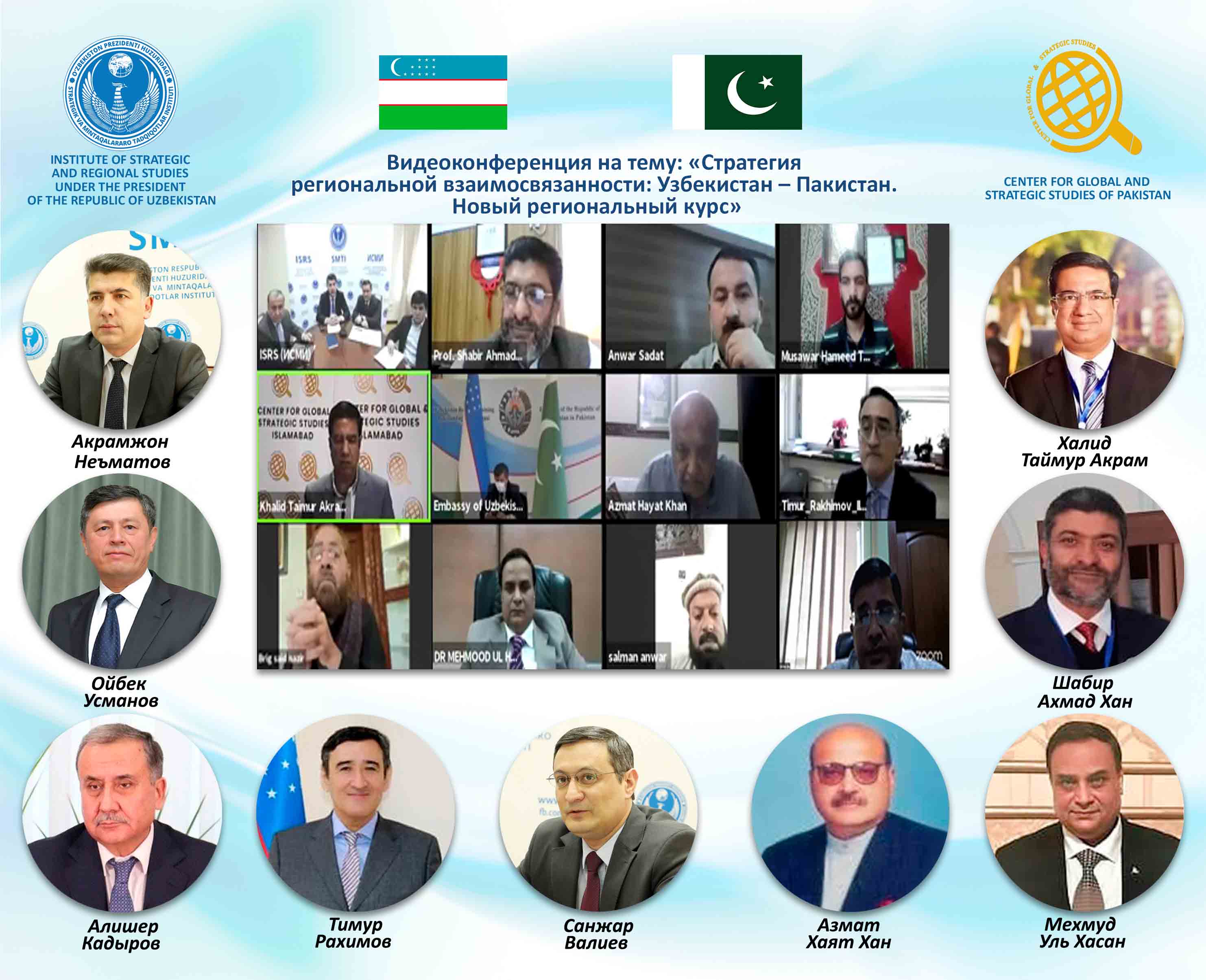 The event, organized by the Institute for Strategic and Regional Studies under the President of the Republic of Uzbekistan together with the Center for Global and Strategic Studies of Pakistan, was attended by more than 45 prominent scientists and experts from leading research institutes and analytical centers of the two countries.

The parties discussed the prospects for cooperation between Uzbekistan and Pakistan, strengthening connectivity between Central and South Asian regions, and the role of Afghanistan in this process.

The First Deputy Director of the Institute for Strategic and Regional Studies under the President of the Republic of Uzbekistan Akramjon Nematov noted that the dialogue of the think tanks of Uzbekistan with the leading research structures of Pakistan has acquired a traditional character.

Mr. Nematov emphasized that in recent years, Uzbekistan and Pakistan have actively advocated the restoration of historical interregional connectivity, which gives a powerful impetus to strengthening multifaceted ties between Central and South Asia. This, in turn, opens up new strategic opportunities for further integration of Afghanistan into regional infrastructure projects and the development of international transport corridors, which are designed to unite the countries of the two regions.

Khalid Taimur Akram, Executive Director of the Center for Global and Strategic Studies of Pakistan, noted that recently, Uzbekistan – Pakistan relations, based on a common history, culture, religion and traditions, are developing along an ascending trajectory.

The strengthening of trans-regional connectivity between Central and South Asia is becoming a key trend in modern political and economic discourse. The expert emphasized that practical interaction with all regional partners is becoming a requirement of the time and finds universal support in Pakistan.

Shabir Ahmad Khan, Director of Area Study Centre (Russia, China and Central Asia) at the University of Peshawar, expressed his conviction that, firstly, the practical implementation of this project will contribute to the revival of the Great Silk Road; secondly, trade, economic, tourist exchanges will receive new dynamics, industrial cooperation will intensify and cooperation between the businesspeople of the two states will enhance; thirdly, contacts between the South and Central Asian countries are intensifying. According to him, the territory of Uzbekistan in a broader sense can become a kind of gateway for Pakistan to enter the Eurasian market.

The videoconference participants agreed to continue the practice of holding thematic expert discussions to develop the agenda of relations between the two countries.