ISRS hosts a meeting with the Ambassador of India 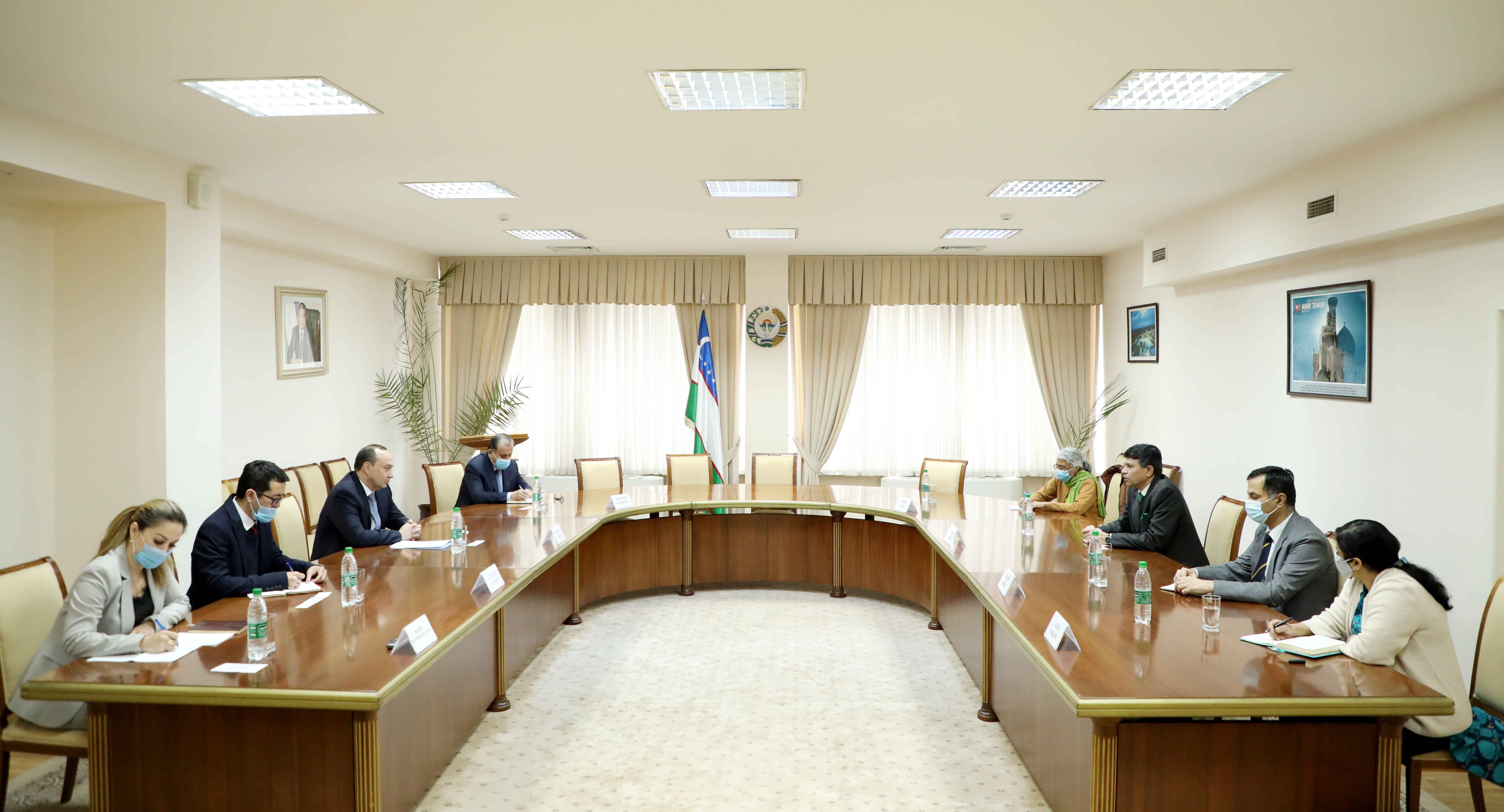 ISRS hosted a meeting with the Ambassador Extraordinary and Plenipotentiary of India to Uzbekistan Manish Prabhat.

The parties exchanged views on the current state and prospects for the development of cooperation, discussed issues of strengthening trans-regional cooperation between Central and South Asia, as well as the efforts of the two countries to establish long-term peace in Afghanistan.

ISRS Director Eldor Aripov noted that over the past four years, relations between Tashkent and New Delhi, based on the principles of mutual trust and consideration of interests, have been developing along an ascending trajectory.

India is traditionally considered by Uzbekistan as a close, strategic partner, cooperation with which is becoming multifaceted and long-term.

The main attention at the meeting was paid to the issues of strengthening trans-regional cooperation. New opportunities that are opening up thanks to the modern regional policy of Tashkent, which favors the active interaction of New Delhi with the Central Asian capitals, were noted.

Confirmation of this, according to Manish Prabhat, is the successful dialogue in the “Central Asia – India” format initiated by the Uzbek side and turned into a unique platform for practical interaction.

Another important step in this direction, as noted by the participants, was the proposal of President Shavkat Mirziyoyev to hold in July 2021 an International Conference “Central and South Asia: Regional Connectivity. Challenges and Opportunities”.

Following the meeting, the parties agreed to continue the dialogue and exchange views regularly on a wide range of issues on the bilateral and regional agenda.