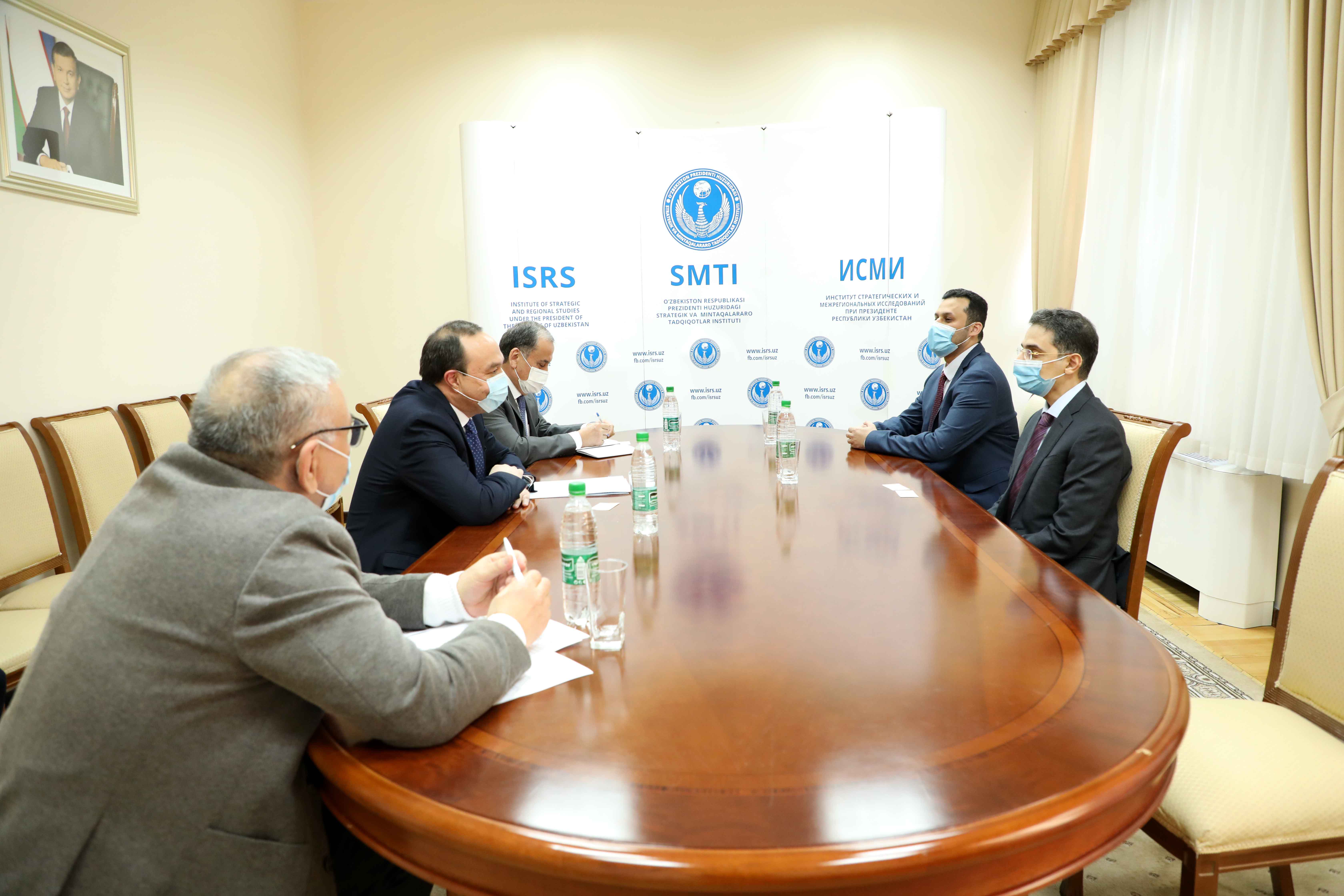 The Institute for Strategic and Regional Studies under the President of the Republic of Uzbekistan (ISRS) hosted a meeting with the Secretary-General of the King Faisal Center for Research and Islamic Studies (Saudi Arabia) Dr. Saud Al-Sarhan.

The parties exchanged views on the prospects for establishing and developing relations between Uzbekistan and Saudi Arabia expert communities.

ISRS Director Eldor Aripov provided foreign guests with detailed information about the new stage of large-scale reforms being carried out in Uzbekistan, the ongoing fundamental changes in the country’s religious policy, and the initiatives being promoted in the international arena designed to bring relations with foreign partners to a new level.

The guests were particularly interested in the proposal put forward by the President of Uzbekistan Shavkat Mirziyoyev at the 75th session of the UN General Assembly to hold in May this year in Tashkent International Conference “Central and South Asia: Regional Connectivity. Challenges and Opportunities”.

Secretary-General of the King Faisal Center drew attention to the growing role of Uzbekistan in the Islamic world. According to him, Saudi Arabia considers Uzbekistan as one of the cradles of Islamic civilization.

Dr. Saud Al-Sarhan highly appreciated the religious policy pursued in Uzbekistan, aimed at creating the necessary conditions for meeting the spiritual needs of the population and spreading the ideas of Islamic enlightenment.

The parties expressed their intention to develop cooperation between experts through scientific meetings and joint preparation of analytical materials for their further publication.

Special emphasis at the meeting was also placed on the agreements reached on investment cooperation between the countries within the framework of the visit of the Saudi Arabian delegation to Uzbekistan.

The parties agreed that the further practical implementation of the signed agreements will give a new impetus to collaboration.