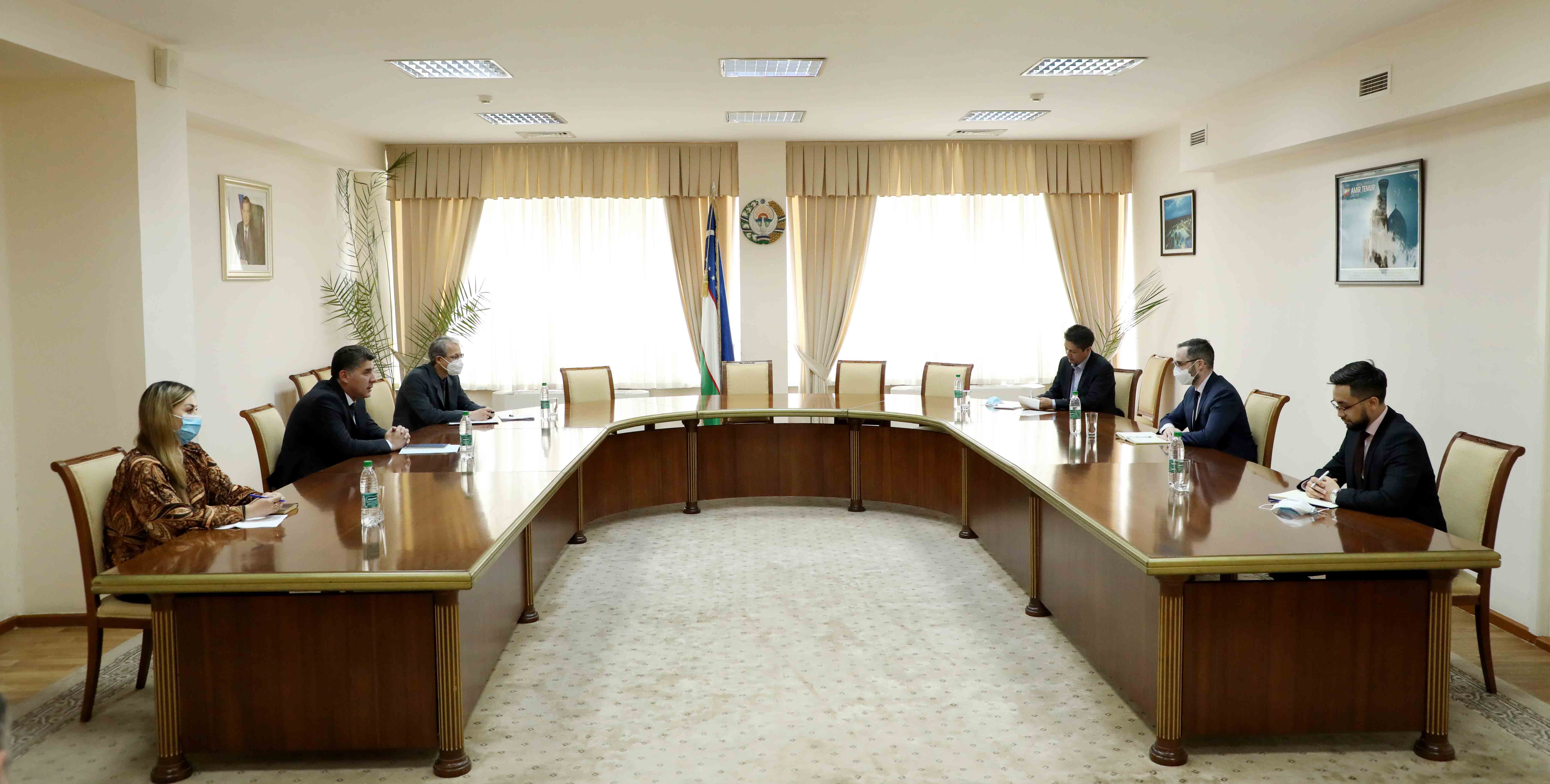 On 20 April, the Institute for Strategic and Interregional Studies (ISMI) hosted a meeting with the head of the Friedrich Ebert Foundation (Germany) regional office for Central Asia Christoph More.

The parties exchanged views on the current state and prospects of bilateral cooperation between Uzbekistan and Germany, and also discussed a joint action plan for 2021 between ISMI and the Foundation.

Particular attention, as K. More emphasized, also deserves the granting of “GSP +” status to Uzbekistan by the European Union, which can undoubtedly be regarded as a high assessment and support of the current policy and reforms of Uzbekistan from the EU.

The meeting participants also focused on the positive trends emerging in the Central Asian region. It was stated that thanks to the good-neighborly policy of Shavkat Mirziyoyev, the issues of water use, delimitation and demarcation of state borders between Uzbekistan and neighboring countries, the use of transport communications and border crossing are being resolved. The emerging trend contributes to the fruitful and effective interaction of regional countries in trade and economic issues, makes it possible to build up and implement promising transport and logistics projects, which are the driver of economic prosperity for the entire region.

The parties paid special attention to the discussion of cooperation between the ISMI and the Friedrich Ebert Foundation. They expressed interest in continuing effective interaction on a wide range of issues of mutual interest. It was emphasized that the ongoing joint activities contribute to the implementation of reforms and transformations in the country, as well as the strengthening of bilateral relations between Uzbekistan and Germany.

As a result of the event, the parties agreed to develop a plan of joint events for the near future.