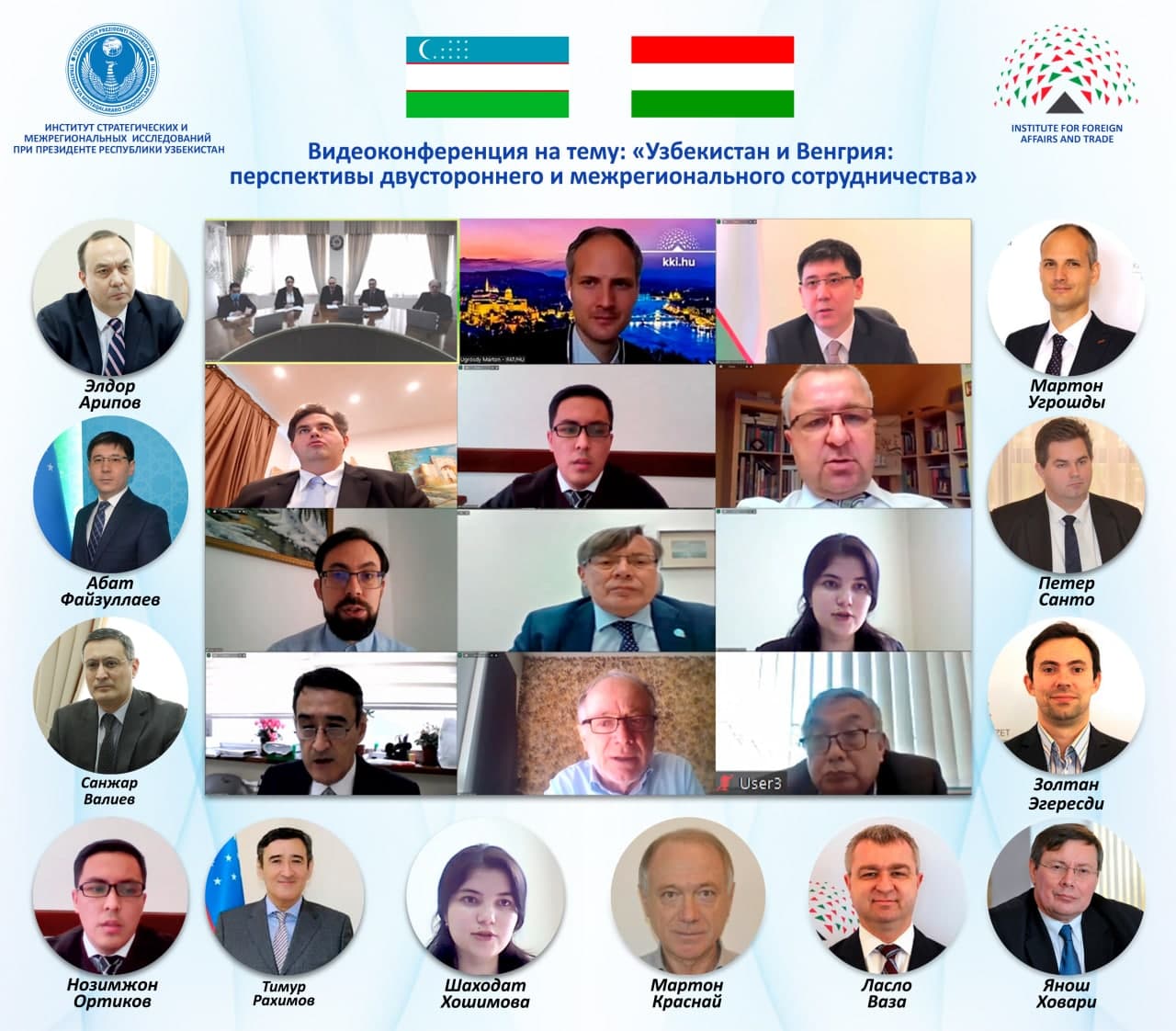 The participants of the dialogue exchanged views on the current state and prospects for the development of long-term relations between Uzbekistan and Hungary, the interaction of the two countries within the framework of the Turkic Council, the interregional partnership of the Visegrad Group and Central Asia.

ISRS Director Eldor Aripov emphasized the importance and timeliness of the event. According to him, this became a good reason to analyze the past negotiations, assess the agreements reached and outline plans.

According to the ISRS Director, today all conditions have been formed for bringing the relations between Tashkent and Budapest to the level of strategic partnership. It was noted that there is a firm political will of the heads of state to strengthen comprehensive ties between the two countries, which guarantees to fill the cooperation agenda with breakthrough areas.

Ambassador of Hungary to Uzbekistan Peter Santo believes that Tashkent and Budapest are at the beginning of their interaction and there is still a lot to do. The signed projects and agreements in the financial sector, economy and education are very significant.

According to Mr. Peter Santo, the regions of Central Asia and Central Europe have much in common, including similar problems, such as in terms of water resources management, intraregional cooperation, etc. The diplomat is convinced that interaction between expert communities will help to find the most optimal ways to solve them.

The expert also emphasized that Hungary considers it necessary to promote ties between Europe and Central Asia. This can be facilitated by similar approaches and a very close relationship between countries. In this regard, Hungary can become an important link in promoting cooperation between the European Union and the states of the Central Asian region, especially with Uzbekistan.

Following the meeting, the parties agreed to continue dialogue and exchange of views regularly on a wide range of issues of cooperation and multilateral interregional interaction.