On 1 November  of 2018 the Director of the Institute for Strategic and Regional Studies under the President of Uzbekistan Vladimir Norov met with German Bundestag delegation headed by the Chairman of the parliamentary group «Germany – Central Asia» Manfred Grund. During the talks the sides discussed the socio-political and socio-economic reforms carried out in the country, as well as the prospects for the development of bilateral relations between Uzbekistan and Germany.

According to the European delegation, the efforts of the Government of Uzbekistan to implement comprehensive reforms in the countries and build mutually beneficial relations with partner countries create favorable conditions for enhancing cooperation between Uzbekistan and the EU.

According to them, the open policy of Tashkent together with the improvement of the human rights situation and democratic values have significantly improved the image of Uzbekistan in the international arena. Members of delegation noted Germany is interested in expansion of inter-parliamentary relations and cooperation with leading research centers of Uzbekistan. 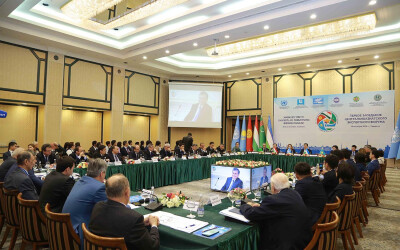