On 1 November  of 2018 the Director of the Institute for Strategic and Regional Studies under the President of Uzbekistan Vladimir Norov met with German Bundestag delegation headed by the Chairman of the parliamentary group «Germany – Central Asia» Manfred Grund. 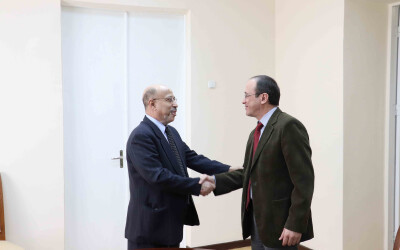 The ISRS held a meeting with the Deputy head of the mission of the Sultanate of Oman in Uzbekistan A.Al-Shanfari. During the talks, the two sides discussed current state and prospects for the development of relations between Uzbekistan and Oman.