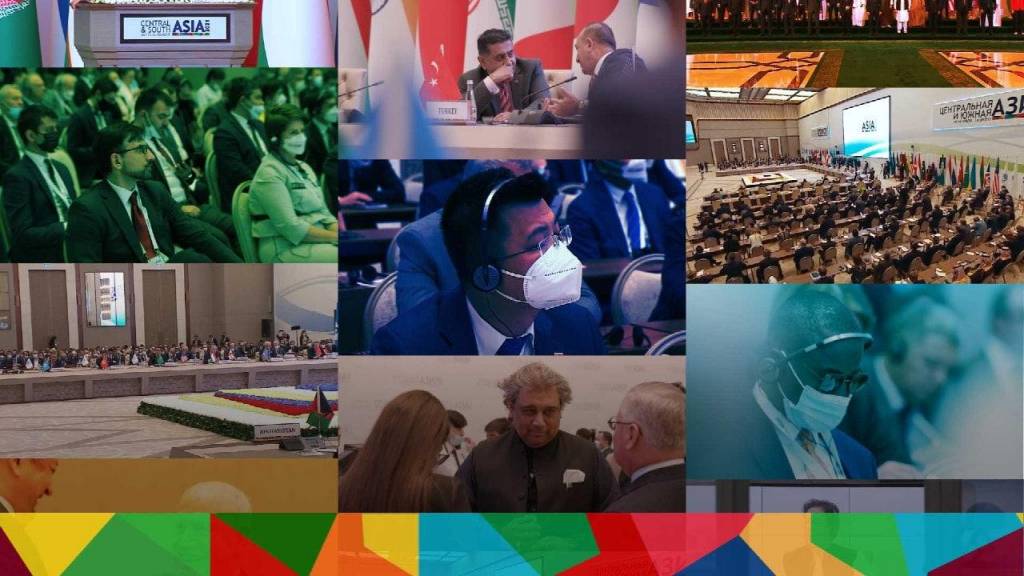 President of the Republic of Uzbekistan Shavkat Mirziyoyev spearheaded the initiative to strengthen the ties between regions, revealing a strategic vision to achieve greater economic cooperation, CNN reports.

The key to this specific initiative is building on the relationship between Central Asia and South Asia. Historically, easy access between the two regions has led to similarities in economic, social, cultural sensibilities. As such, a coordinated approach to policy and planning can only strengthen the regions.

The Silk Road, which passed through many of the countries attending this event, held status as one of the world’s most important trading routes. While this ancient trade route no longer exists, the same desire for connection and cooperation persists.

Speakers and attendees explored infrastructure, security, and trade as essential components of planning for the future. In total, around 600 participants attended the event, drawing delegations from 44 countries, 30 international organizations, and respected global research and financial institutions.

President Mirziyoyev established his vision in the plenary session, emphasizing good neighborliness and his confidence in cooperative international politics. Sustainable development between Central and South Asia is dependent on stability and security.

In the first session, “Trade and Transport Communication for Sustainable Growth,” the focus was on modernizing the economy, specifically with transport corridors, facilitating the seamless flow of trade.

China, which invests heavily in international trade through its ambitious Belt and Road Initiative, identified several benefits and opportunities to hyper-connected infrastructure projects. Of particular note is the transformational effect this could have on landlocked nations. With the ability to quickly connect to ports, global trade becomes seamless. In a precarious position after decades of war, Afghanistan could eventually become key to the entire concept – sitting in Central Asia but with access to seaports in neighboring countries such as Iran and Pakistan, plus easy access to the West and Eurasian states.

Speakers at the event reinforced the need for a joined-up approach to security and the shared responsibility for cross-border infrastructure, with Afghanistan being top of the list. Bringing stability to the region helps individuals suffering a humanitarian crisis and provides the chance of a brighter future and the opportunity to rebuild.

Ultimately, the successful expansion of trade depends on investment. Without it, the potential of a connected Central and South Asia will struggle to happen quickly. While trade is a clear focus, there’s enormous scope for change off the back of infrastructure developments. Tourism, energy, climate, and combating inequality, and improving access to education are all part of the overall positive trajectory associated with a project of this ambition and scale.

What’s clear is that the human impact at the heart of this initiative makes the outcome one worth campaigning for. President Mirziyoyev plans to submit a special resolution to the UN General Assembly, with a view of using this as a launchpad of greater things to come.