A ceremony of signing documents took place following the negotiations.

In the presence of the Heads of state, a ceremony was held to exchange signed agreements on the establishment of Uzbekistan – Tajikistan investment company, on cooperation in industry and new technologies, in the mining industry, on the creation of a joint-stock company for the construction of a hydroelectric power station on Zarafshan River, on the transit of goods, as well as protocols on introducing amendments to the Agreement on the mutual provision of land for diplomatic missions, on introducing amendments to the Agreement on mutual travel of citizens, Cooperation programs between the foreign ministries of the two countries, a roadmap for further development of cooperation in agriculture.

In total, 35 documents were signed covering such areas as energy, transport, automotive, electrical engineering, mining and light industry, science, education, sports and others.

The documents create a powerful basis for further comprehensive development of mutually beneficial relations between the two fraternal countries and peoples, and for achieving new concrete results in deepening the multifaceted partnership.

At the briefing, Shavkat Mirziyoyev and Emomali Rahmon noted that the negotiations were held in a traditionally open, trusting and friendly atmosphere.

“We value the centuries-old friendship of our peoples, which are strongly linked by a common history and culture, religion, spiritual values and traditions.

Media representatives and members of the delegations present here are witnesses of the tremendous changes that have taken place in the development of bilateral relations over the past few years.

Further strengthening of good-neighborly relations with Tajikistan is the main and constant priority of Uzbekistan's foreign policy. We have carefully considered the entire range of issues related to the further development of multifaceted cooperation. I would like to note that none direction was left without attention”, the President said.

The parties identified new growth points, indicated as a benchmark a twofold increase in the trade turnover next year. The Leaders agreed to make maximum use of the capabilities of the regions of the two countries, to “tie” them at the district level.

Heads of state noted with satisfaction the fruitful results of the Forum of Regions and the meeting of the Business Council held on the eve of the visit, as well as the fact that contracts and investment agreements worth more than $1 billion were signed during the visit.

Uzbekistan and Tajikistan are interested in deepening cooperation in transport and transit. The Leaders agreed to continue creating favorable conditions for increasing rail, road and air transportation.

In turn, President Emomali Rahmon emphasized that the implementation of joint projects in the agricultural sector, light, food and mining industries, and hydropower will increase the trade turnover and create new jobs. He was pleased to note the expansion of partnership in education and medicine and the joint response to the coronavirus pandemic.

The Leaders agreed to intensify mutual exchanges in culture, science, healthcare and education.

“We intend to fully support the activities of the medical center and educational institutions built in our countries and are today new symbols of strengthening friendship and partnership”, Shavkat Mirziyoyev said.

It was noted that all these issues will be under the direct control of the bilateral Intergovernmental Commission, which is headed by the prime ministers of the two countries.

“Today's negotiations have once again demonstrated our serious and resolute commitment to strengthening the relations of centuries-old friendship, trust, good-neighborliness and strategic partnership”, President Shavkat Mirziyoyev said in conclusion. – Our joint efforts are aimed at achieving concrete, tangible results of cooperation between Uzbekistan and Tajikistan for further prosperity of the two fraternal peoples. 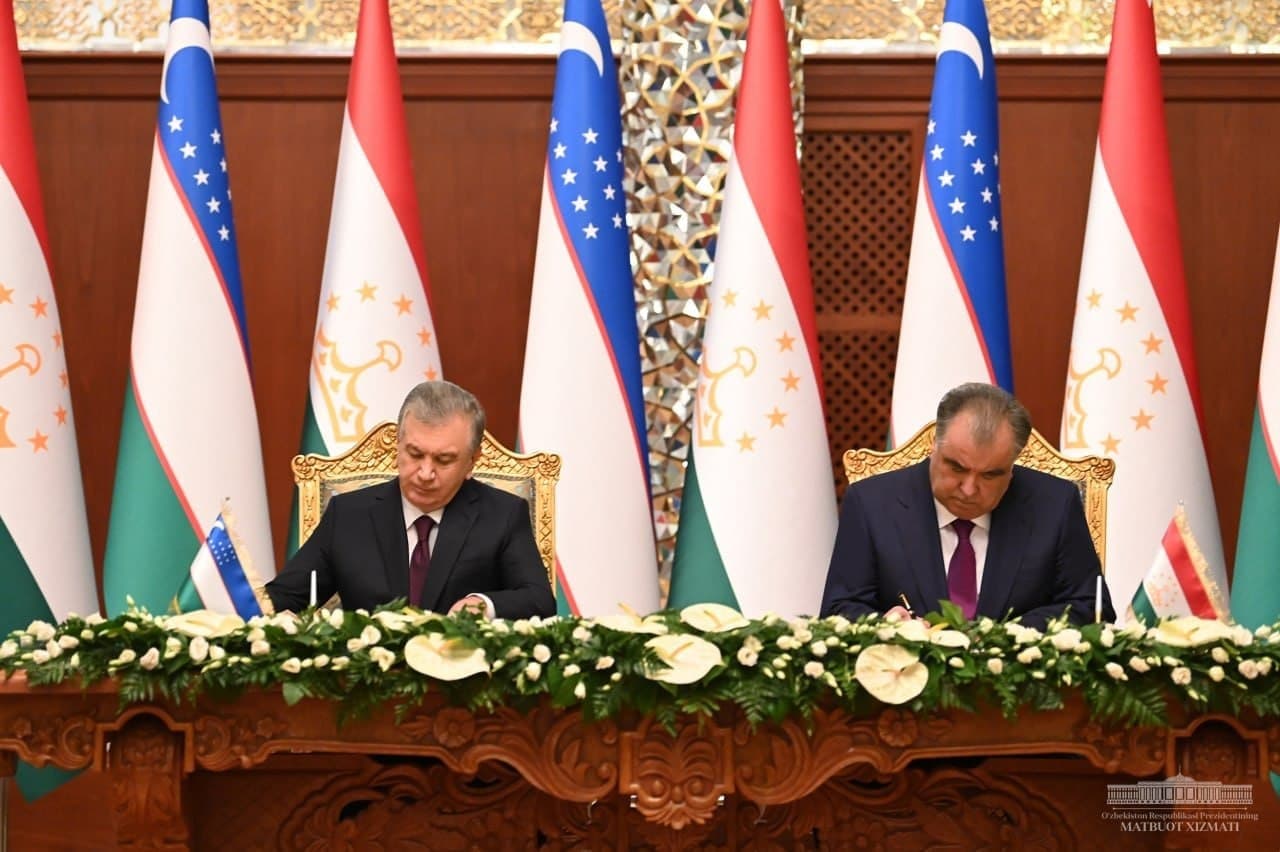 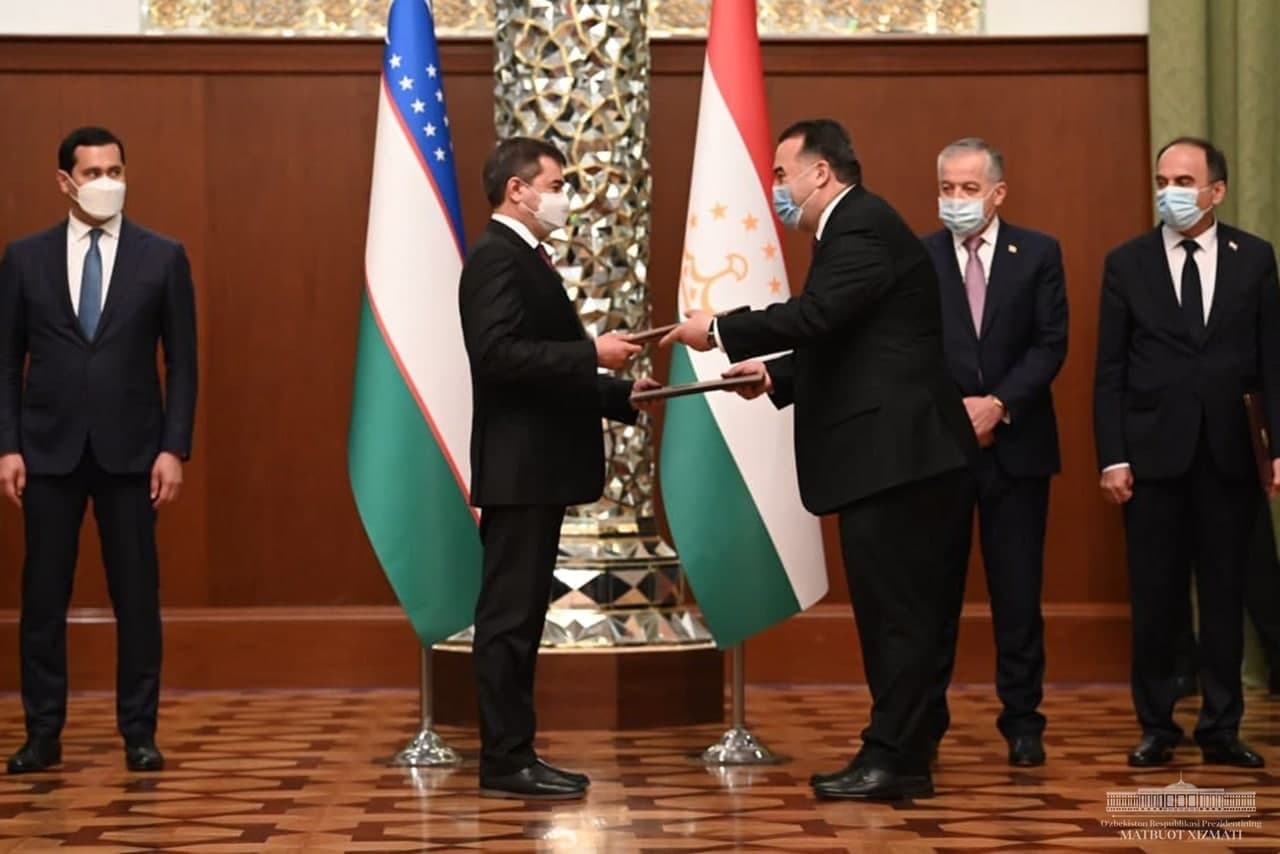 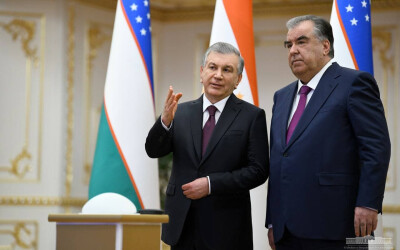 A vivid embodiment of eternal and sincere friendship

President Shavkat Mirziyoyev laid flowers at the monument to Ismail Somoni on Dusti Square in Dushanbe.