On June 16, President Shavkat Mirziyoyev chaired a videoconference on the priority tasks in the higher education system.

The education system is consistently developing to bring up educated and qualified individuals, train specialists who keep pace with progress. The first reforms in higher education were aimed primarily at increasing coverage, improving the financial condition of institutions and universities, material support of professors and teachers.

In particular, over the past 3 years, the number of universities has increased from 65 to 117, the admission quota – from 66 thousand to 181 thousand. The material and technical base of universities has been strengthened. Training of specialists in 64 new specialties has begun within the framework of joint educational programs with foreign countries. The salaries of professors and teachers have been increased by an average of 3.5 times.

There are still no noticeable qualitative changes. The Ministry of Higher and Secondary Special Education, rectors do not pay due attention to the issues of improving the quality of education and organizing educational work based on the needs of the market.

For example, 55 percent of 815 directions of study do not meet the requirements of the labor market. Universities are not provided with textbooks for about 2 thousand subjects, and curricula are based on subjects and areas of forty years ago. Corruption is widespread in the sphere.

According to a local survey, 65 percent of the population noted that the results of reforms in higher education are not felt.

Therefore, the President outlined 4 priority tasks in the sphere:

First, to enhance the role of governing councils and the powers of the departments of higher education institutions.

Second, to bring the education process in line with the requirements of the market, link it with production and create an environment in which students can work on themselves.

Fourth, decrease the paperwork of teachers and students, as well as reduce bureaucracy and corruption due to the digitalization of the sphere.

It was noted that higher education institutions will be empowered to independently make academic, organizational and managerial decisions to effectively fulfill these tasks.

From now on, decisions on the introduction of curricula, plans and literature, determining the workload of teachers and forms of education will be made by the governing council of the university itself. Now the activities of each department will be assessed according to its scientific potential and indicators of youth participation in scientific activities.

Academic supervisors who regularly publish articles in prestigious foreign publications, as well as whose students defend their scientific work promptly and with high quality, will be given the right to accept up to 5 doctoral students and up to 3 independent applicants. The practice of sending one young scientist from each department for an internship abroad will also be established.

The rectors of universities have been tasked with creating research centers at the departments and providing them with educational and laboratory equipment and the necessary technology. The need was noted for the establishment of interaction between departments and enterprises, creating conditions for teachers to research enterprises.

The existing discrepancy between the directions of higher education and real needs has been criticized. There are 40 thousand vacancies in the service sector, 38 thousand in industry, 12 thousand in construction, 10 thousand in agriculture and 4 thousand in communications and information technology. But graduates do not meet this demand either in quantity or in qualifications.

The educational process is conducted according to the standards approved in 2001. However, during this period, international education standards were revised and re-adopted twice. Some subjects are not adapted to the requirements of the time and the market, but adapted to professors and teachers. Students also study subjects that are not related to the acquired specialty.

Officials were instructed to bring state educational standards in line with international ones, to transfer the educational process in all universities to a credit-modular system. The need was noted for revising the content of subjects, eliminating duplication, increasing the number of specialized subjects, as well as creating an opportunity for students to conduct independent research. The task was set to optimize the list of professions requiring higher education, and to introduce new professions in demand by sectors of the economy.

The main attention was paid to the issue of the scientific potential of higher education institutions.

As international practice shows, the university is considered prestigious if its scientific potential is at least 70 percent. This figure in Uzbekistan is very low. Thus, the scientific potential of 24 universities does not even reach 25 percent, while 19 universities do not have a single professor or doctor of science. Over the past 30 years, only 208 professors and teachers have received degrees abroad.

Therefore, starting the next year, the President ordered to double the number of quotas for doctoral studies, and in subsequent years to increase them by 50 percent annually.

An additional 100 billion UZS will be allocated annually from the budget for these purposes. Each industry will allocate another 10 billion UZS for doctoral studies for universities in the relevant specialties.

The need was noted for the direct purchase of educational and scientific literature from abroad, the transfer into electronic form of about 4 million publications in the fund of higher education institutions. The task was set to connect all libraries into a single network and create round-the-clock access to it for students and researchers, introduce information programs against plagiarism.

It was emphasized that the risks of bureaucracy and corruption are high in higher education institutions. It is necessary to completely digitalize the process of organizing the education process and management to put an end to this.

This year, the number of quotas for admission to higher education institutions has increased by 13 percent compared to last year and reaches 181 thousand. More than 1.5 million young people are expected to apply for admission. At the meeting, instructions were given to conduct this process at a high organizational level in compliance with quarantine and safety requirements.

The issue of increasing the number of accommodation places in hostels was also discussed. There is a need for 149 thousand student housing. The land will be allocated on the territory of or near universities through an auction for the organization of hostels through a private partnership with entrepreneurs. Students will be covered 50 percent of the dormitory expenses.

The Ministry of Higher and Secondary Special Education was instructed to approve a list of directions of education and professions, prepare textbooks and teaching aids, staffing the boards of higher education institutions with qualified personnel. 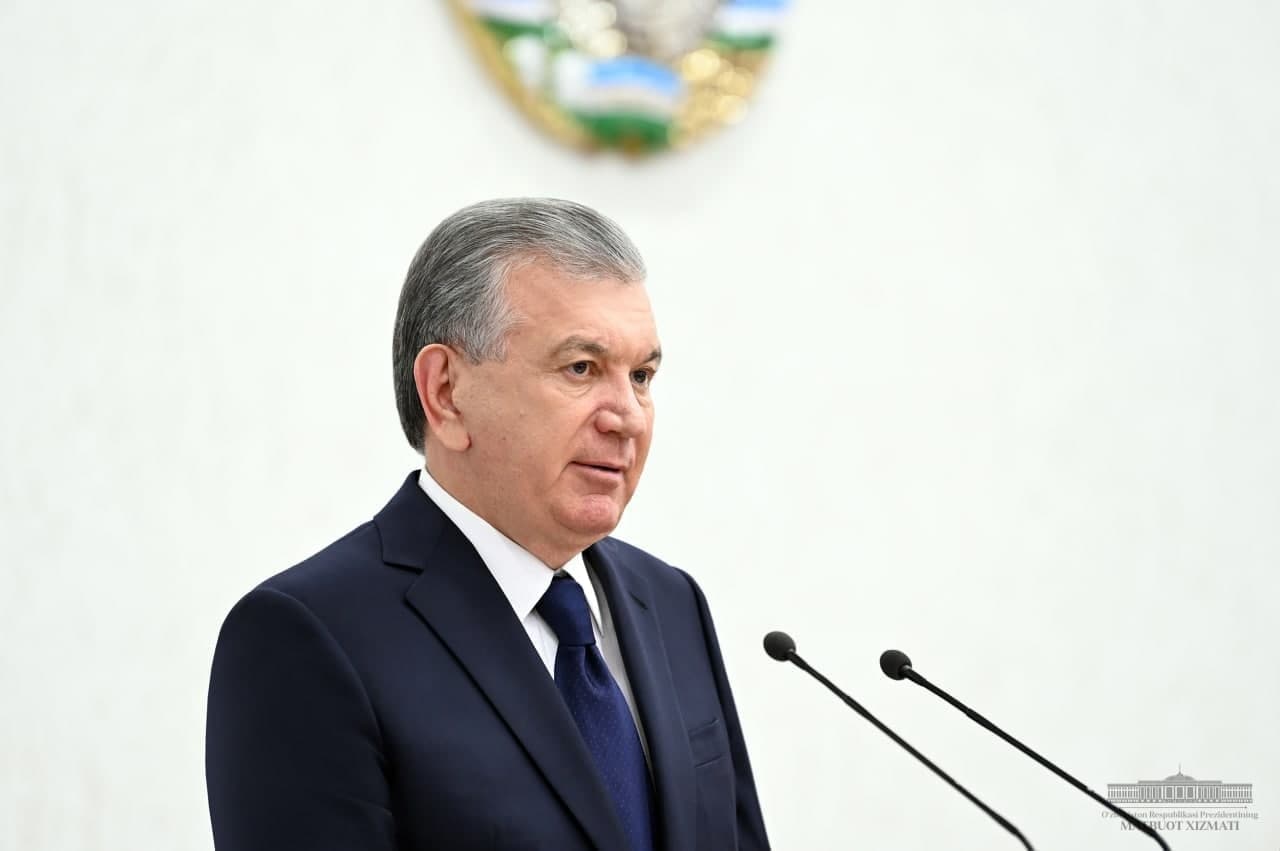 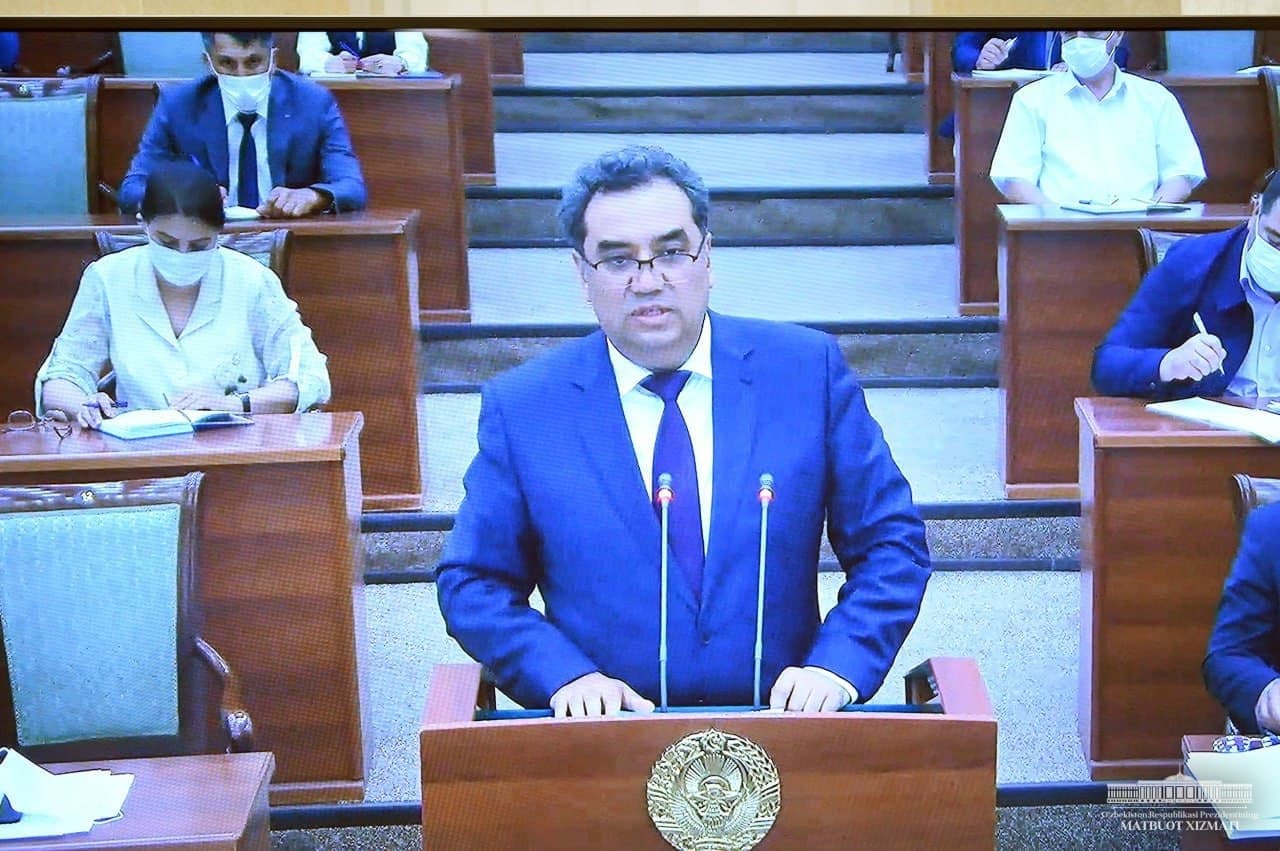 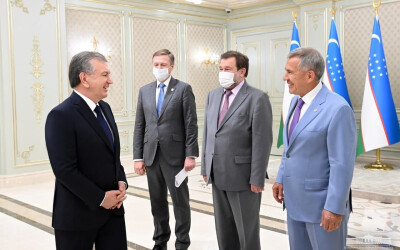 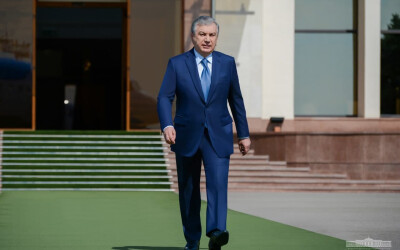 President of the Republic of Uzbekistan Shavkat Mirziyoyev has departed for Andijan region to get acquainted with the ongoing transformations in the region and people’s life.