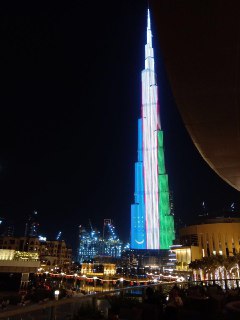 In March 24 - 26, 2019, the President of the Republic of Uzbekistan paid an official visit to the United Arab Emirates.

Brief comments on the results of the talks in Abu Dhabi are given by the Deputy Director of the ISRS, Sanjar Valiev.

The first official visit of the President of the Republic of Uzbekistan Shavkat Mirziyoyev to the United Arab Emirates certainly was another significant foreign policy event complementing the series of historical visits made by the Head of our state to the key countries and regions of the world.

The signed documents on cooperation in the areas of investment, finance, alternative energy, industrial and infrastructure development, agriculture, customs administration and other fields totaling more than $10 billion create a solid basis for long-term mutually beneficial relations between two countries.

Today, by successfully converting its achievements in the development of the financial and economic sphere, the UAE are consistently becoming an important political player not only in the Middle East region, but also at the international level. This country plays a prominent role in resolving a number of conflicts in nearby regions and makes a significant contribution to the provision of humanitarian assistance. Abu Dhabi has achieved brilliant results in diversifying its economy and reducing its oil dependence. The nominal GDP of the country in 2018 amounted to $ 400.9 billion. In the Doing Business global competitiveness ranking, the UAE ranks first in the region and 11th among 190 economies in the world.

For Uzbekistan, close cooperation with the country with such achievements opens up broad political and economic opportunities in many areas, creates favorable conditions for consistent expansion of relations of Tashkent, especially with the Arab-Muslim world.

The particular interest of our country in the UAE is defined by a number of factors.

First of all, we should mention investment cooperation. The UAE is known not only for its great investment attractiveness, but also recognized as a leading financial center of the region. For example, such a large investment fund as Mubadala owns assets worth about $ 230 billion. In 2017, the UAE’s foreign direct investment abroad reached $ 14 billion, 40% of which was directed to Asian countries.

Secondly, in a period of implementation in Central Asia large trans-regional transport and communication projects along the «East-West» line, great prospects are opening up for the multiple intensification of trade and economic cooperation.

As the second largest economy in the Middle East, the UAE is one of the most promising markets for the export of various Uzbek goods. In 2017, the total volume of imports of goods to the Emirates amounted $ 278 billion. $ 16.4 billion of which the UAE spent only for the import of food products.

Meanwhile, Uzbekistan is the largest market in Central Asia with 33 million consumers. Having a developed industrial base and high potential of labor resources, our country can become a key economic partner of the UAE in the region.

Thirdly, both countries have highest potential for cooperation in the field of tourism. Due to its developed infrastructure and high level of service, the UAE is one of the most popular tourist destinations in the world. In terms of outbound tourist trips, the number of which annually amounts to about 3.5 million people, the country occupies one of the leading positions in the region.

In this regard, Uzbekistan, which has a rich cultural and historical heritage, favorable climate and internal stability, is a promising tourist destination for the people of the UAE, primarily due to the opportunity to make “pilgrim tourism” in the country. The decision to exempt entry visas of Uzbekistan to the UAE citizens will contribute to the rapid growth of tourist traffic from this country.

In general, the visit of the President of Uzbekistan helped to establish high-level relations with one of the key states of the Middle East region. Implementation of the agreements offers significant intensification of bilateral contacts. With the certainty, one can expect increase of the regular nature of dialogue between the leaders of the two states, which ultimately will lead to building even closer interstate relations in the interests of the peoples of our countries.