Meeting with the Ambassador of Germany 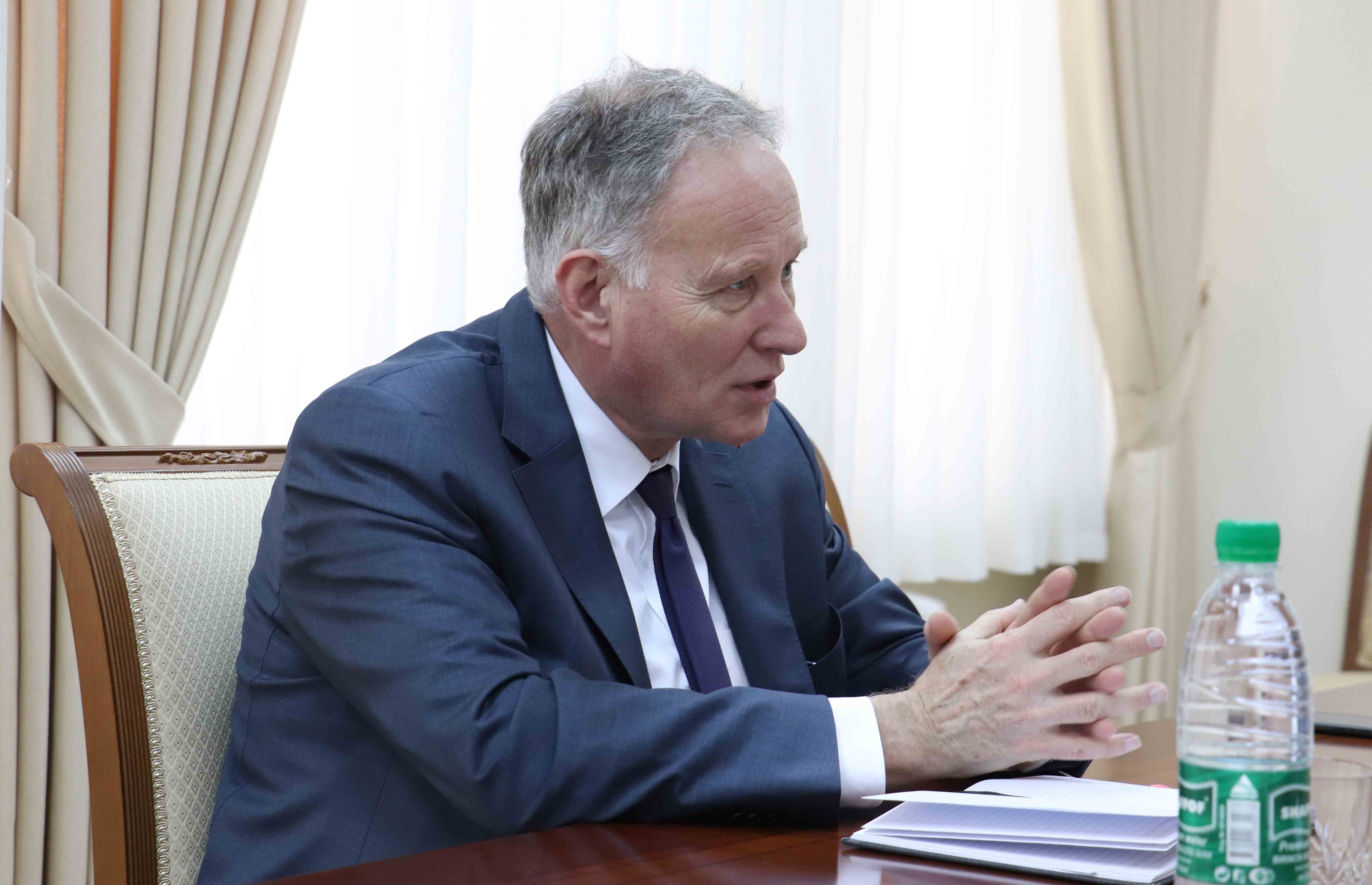 It was held a meeting at ISRS with the Ambassador of Germany to Uzbekistan Günter Overfeld. During the conversation, the sides discussed prospects for further cooperation between Uzbekistan and Germany on bilateral and multilateral level.

During the conversation, the head of the German diplomatic mission stressed that the Federal Republic of Germany paid special attention to strengthening close partnership with Central Asia. According to him, it is very important for Berlin to cooperate with the region that has been acquiring critical strategic importance in the context of positive internal and regional dynamics.

At the same time, the ambassador emphasized that the German side intends to implement joint investment projects with Uzbekistan in the field of trade, energy, transport, information technology within the framework of the EU Strategy for enhancing interconnectivity in Central Asia.

G.Overfeld also highly appreciated the policy of Uzbekistan, aimed at creating an atmosphere of friendship and mutual trust in the region. According to him, thanks to S.Mirziyoyev’s efforts in Central Asia, “a lot of things have changed”. In particular, the course to strengthen cooperation with neighboring countries promoted by the Government of Uzbekistan creates the conditions for a “smooth” solution of various issues between the Central Asian countries.

The both sides also exchanged views on prospects of peaceful settlement of afghan problem. In this context, it was noted that the policy of Uzbekistan to actively engage Kabul in regional economic and infrastructure projects contributes to establish long-lasting peace in the country.

At the end of the meeting, the parties expressed hope for the constructive of the existing course, deepening the constructive dialogue and exchange of views on a wide range of issues on the bilateral agenda.