ISRS experts held a meeting with the Chinese delegation, headed by Sun Anlin, counselor of the foreign policy planning department of the Ministry of Foreign Affairs of the People's Republic of China. The sides discussed current state and prospects for development of bilateral relations between Uzbekistan and China.

During the conversation, Chinese diplomats noted that relations between Uzbekistan and China have reached an unprecedented high level. At the same time, regular visits and meetings of the heads of states give a powerful impetus to the development of the Uzbek-Chinese partnership. 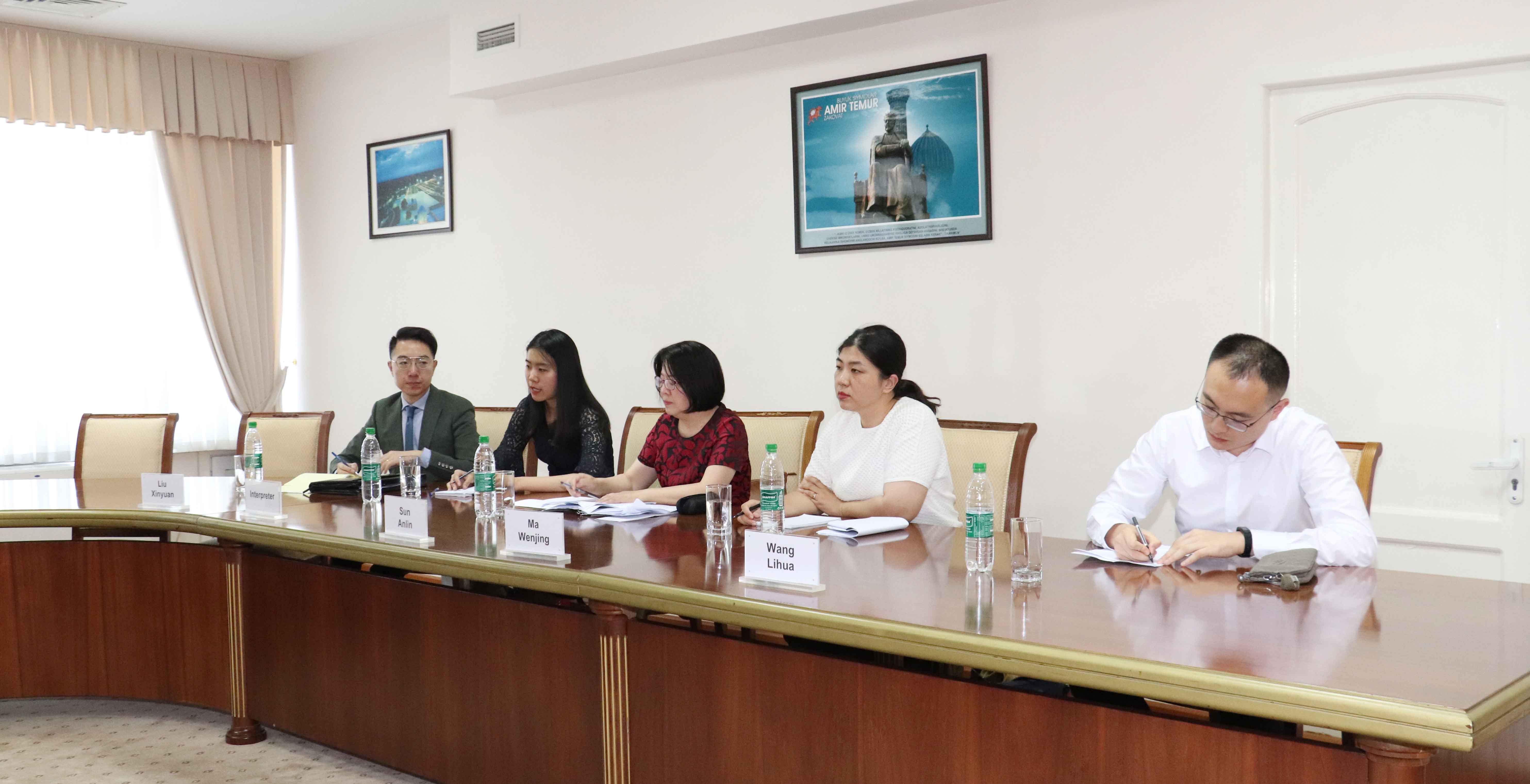 The Chinese side stressed that it highly appreciates the proposed by the President of Uzbekistan Sh.Mirziyoyev in jointly implementation of “One Belt, One Road” project. According to Sun Anlin, the proposals within the framework of this project are important for the development and prosperity of Central Asia. 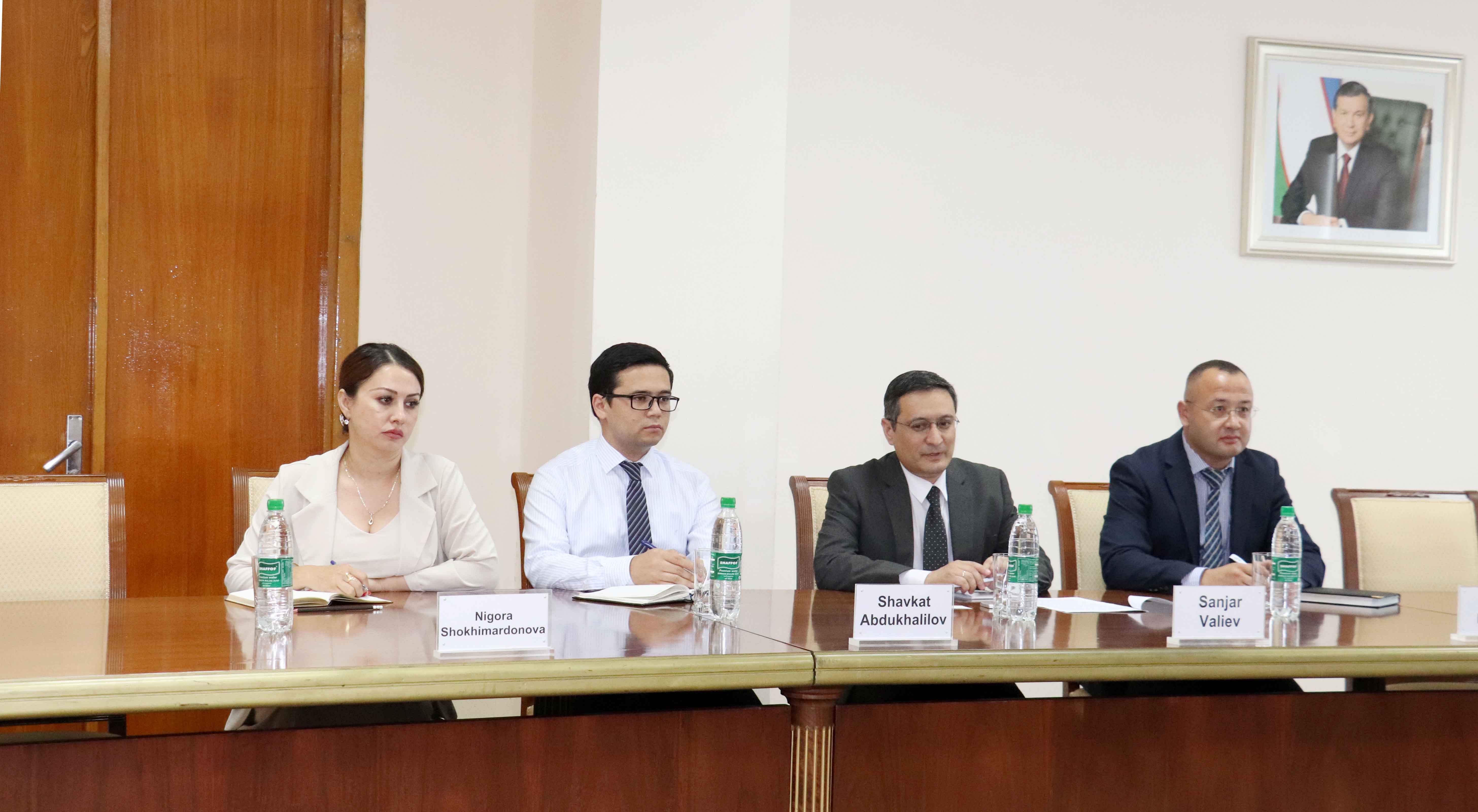 Both sides also exchanged views on peaceful solution of the Afghan conflict. It was emphasized that Uzbekistan plays an important role in this process. At the same time, special attention was paid to the assistance of Tashkent to the implementation of infrastructure projects, as well as the development of cultural and humanitarian cooperation with Kabul. 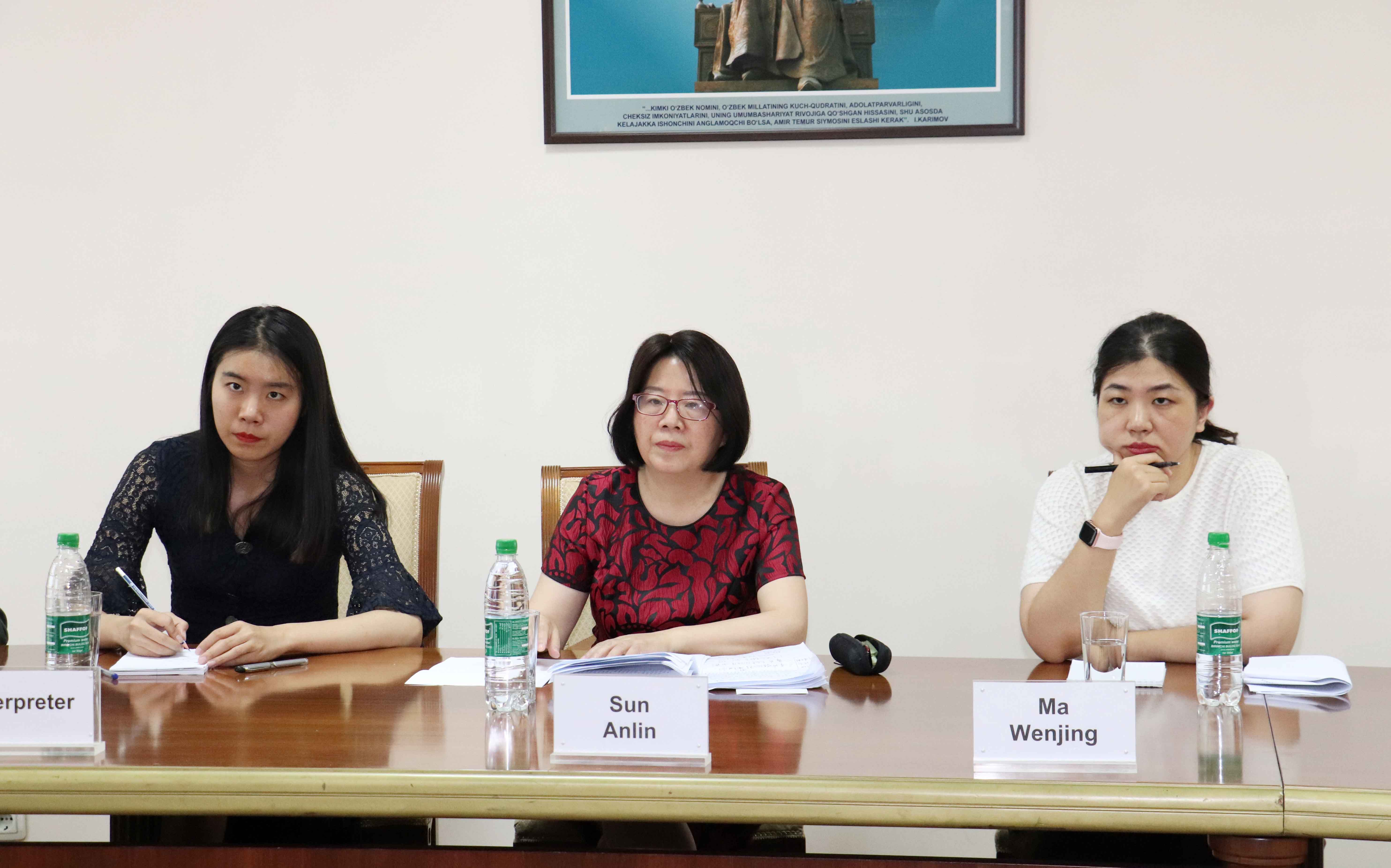 At the end of the meeting the sides expressed mutual interest in establishing close contacts for development effective interaction both bilaterally and multilaterally.