Meeting with the delegation of the Shanghai University of International Studies 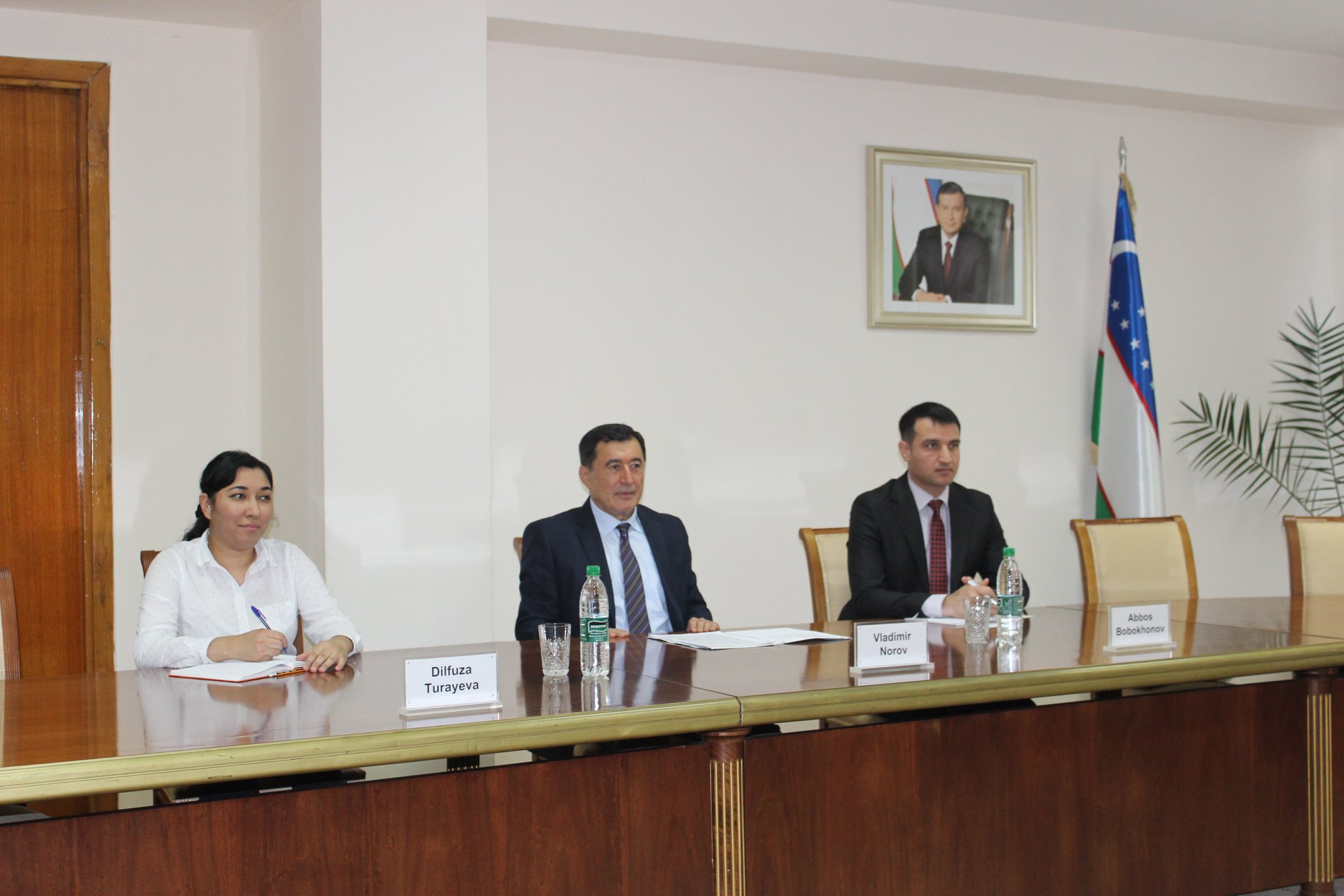 On June 4 this year at the Institute for Strategic and Regional Studies under the President of the Republic of Uzbekistan (ISRS) was held the meeting with the delegation of the Shanghai University of International Studies (SUIS), headed by Party Committee Secretary Jiang Feng. During the meeting, issues of development of bilateral cooperation between Uzbekistan and China, strengthening of multilateral cooperation within the SCO framework, as well as deepening the scientific and analytical partnership between ISRS and SUIS were discussed. 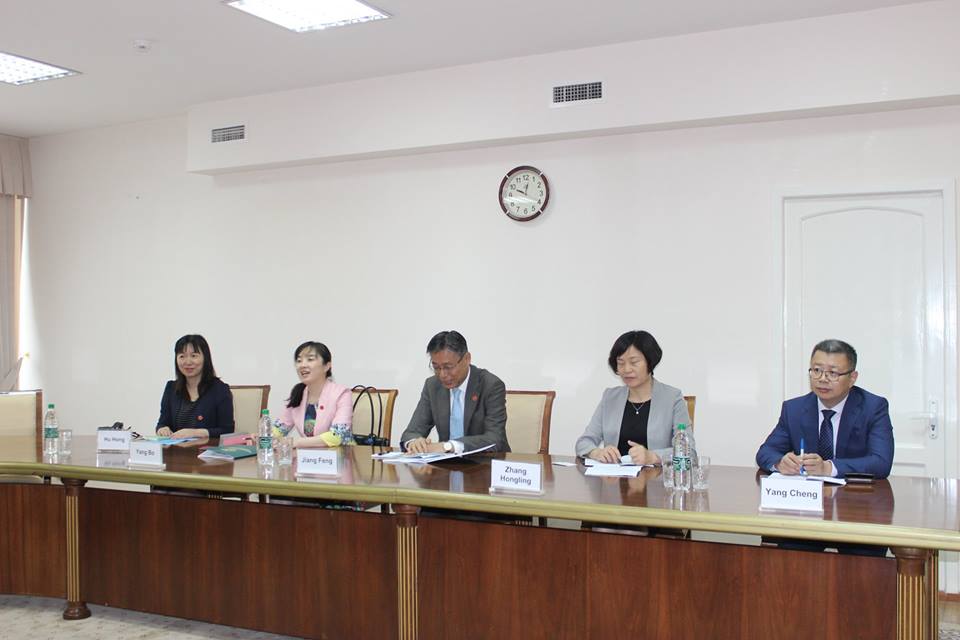 As Jiang Feng pointed out the objectives of the "Strategy of Action for the Five Priority Areas of Uzbekistan's Development for 2017-2021" in the sphere of economic liberalization open up huge opportunities for expansion of trade and economic cooperation between our countries. The tasks of Uzbekistan and China to strengthen the innovative development of the economy create great prospects for bilateral cooperation in the sphere of increasing high-tech production capacities.

The participants of the meeting noted the importance of studying the prospects for development of multilateral cooperation within the SCO in the areas of digitalization and education. The intensification of cooperation in these spheres will facilitate the expansion of contacts between the youth of the SCO states.

In addition, experts from the Shanghai University expressed interest in further strengthening the scientific and analytical partnership with ISRS for joint research on bilateral cooperation and regional development. 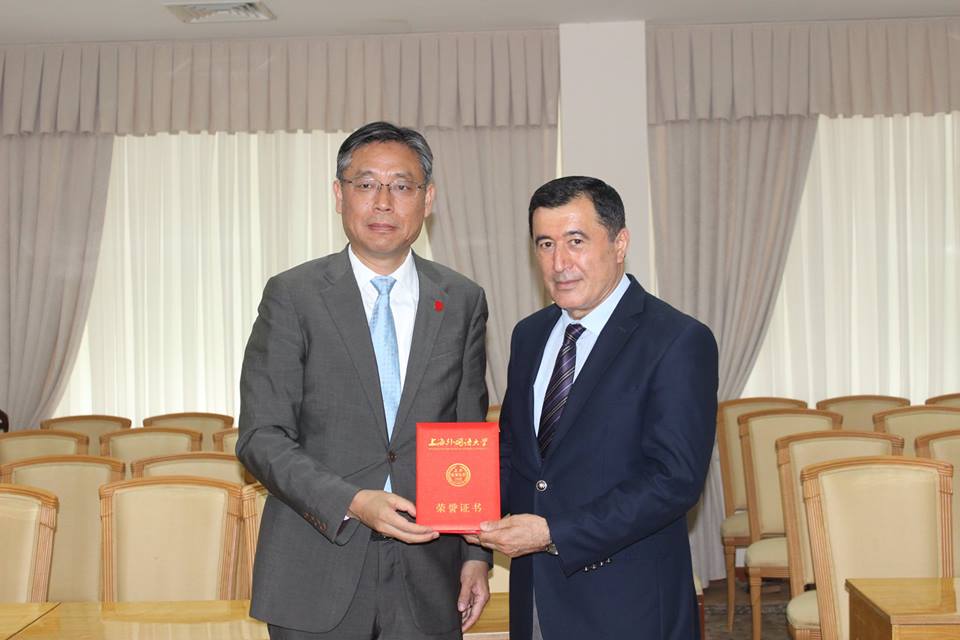 Shanghai University of International Studies is an official government university in China. The goal is to conduct research to implement China's national strategy, as well as ensure the country's international development. In 2015, the university opened the first in China department of "Uzbek language". In 2017, a Memorandum of Understanding was signed between ISRS and SUIS. 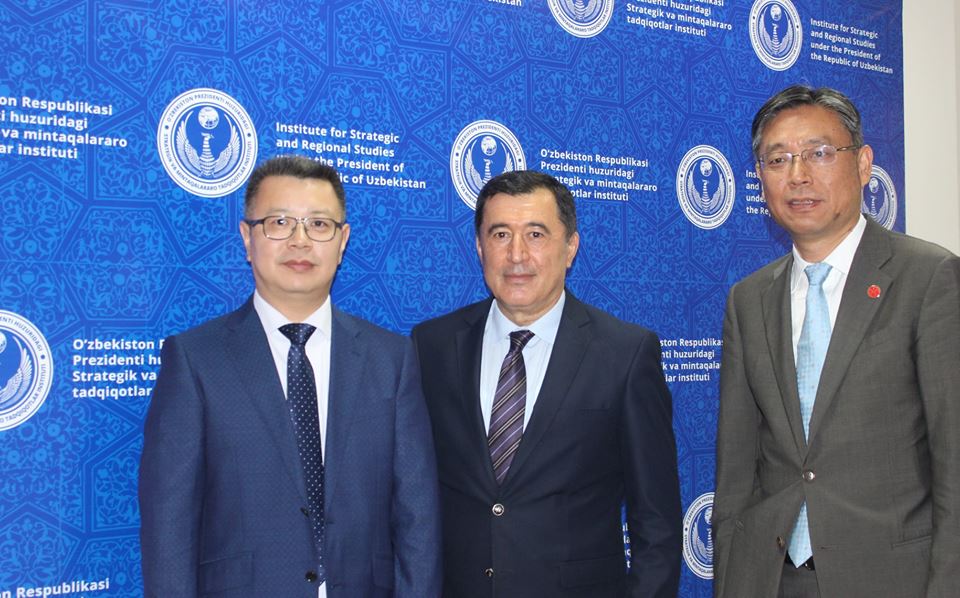 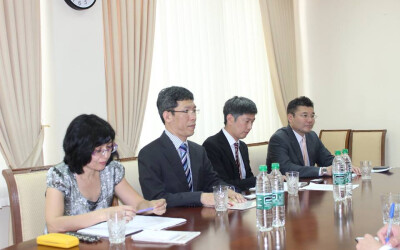 The ISRS held a meeting with Japanese experts

The ISRS held a meeting with delegation of the National Institute for Defenсe Studies under the Ministry of Defenсe of Japan led by senior research fellow, Hiroshi Yamadzoe. During the talks, the parties discussed ongoing socio-political and socio-economic reforms in the Republic, as well as the current state and prospects of development of bilateral relations between Uzbekistan and Japan.