A meeting with a Belgian expert 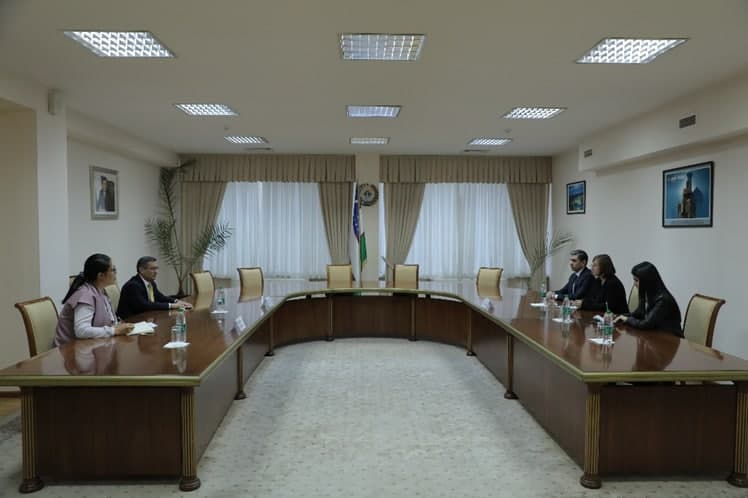 October 26, 2021 Institute for strategic and regional studies under the President of the Republic of Uzbekistan (ISRS) held a meeting with the director of the European Institute for Asian Studies, Lin Gotals, who arrived in Uzbekistan as international observer of the presidential elections.

During the negotiations, sides discussed the progress of the implementation of the ongoing large-scale reforms in Uzbekistan and main provisions and priorities of the country's foreign policy. Parties also paid attention to the issues of deepening cooperation between Uzbekistan and the European Union. 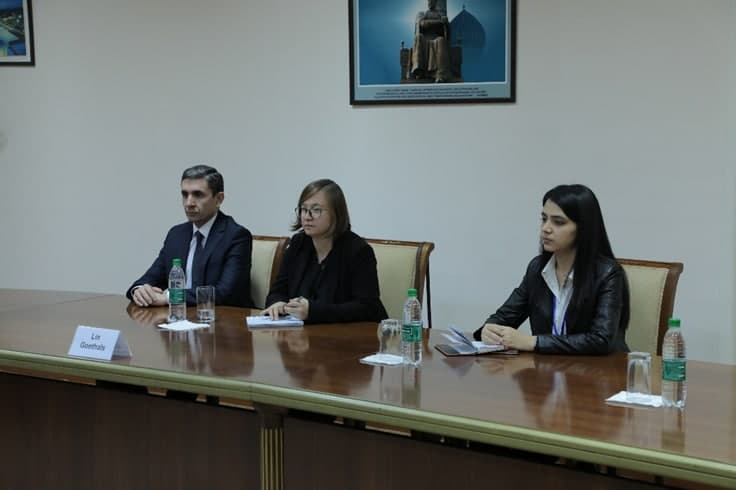 Taking this opportunity, Lin Gothals shared her impressions about presidential elections. According to her, numerous international observers, including representatives of the European Union, believe that the preparations for the elections were carried out at a high professional level, and the voting process was marked by the absence of serious violations.

Stating about the reforms carried out in the country over the past few years, the European expert stressed that an unprecedented large-scale work had been done under the leadership of Shavkat Mirziyoyev. «We can say that the voting results were a reflection of the widespread support of the people for the course of reforms, the results of which are clearly felt in distant regions of the country», she said.

A separate topic of the meeting was also the discussion of issues related to regional security with an emphasis on the Afghan problem. The expert was informed about Uzbekistan's approaches to resolving the situation in Afghanistan, ensuring peace and stability in the region.

The European expert highly appreciated the pragmatic approaches of Uzbekistan. In light of the deteriorating situation in Afghanistan, she said, providing humanitarian assistance to Kabul is of paramount importance.

At the same time, the Belgian expert expressed her conviction on the growing role of Uzbekistan in the political settlement of the situation in Afghanistan, the partnership between Brussels and Tashkent in this direction will continue to deepen.

Lin Gothals positively assessed the dynamics of the development of relations between Uzbekistan and the European Union. It was noted that «Uzbekistan's obtaining the status of a beneficiary of the EU General System of Preferences (GSP +) and progress in developing a new Agreement on Enhanced Partnership and Cooperation between the Republic of Uzbekistan and the European Union will give a new impetus to further strengthening multifaceted interaction and building up Uzbek-European trade».

Possible directions for the further development of bilateral ties were discussed at the meeting. It was noted, that both sides plan to set contacts in areas such as healthcare, green economy, digitalization, education, as well as public administration.

The European Institute for Asian Studies is a leading Belgian think tank headquartered in Brussels. The Institute mainly focuses on researching relations, promoting mutual understanding and cooperation between the European Union and Asian countries. 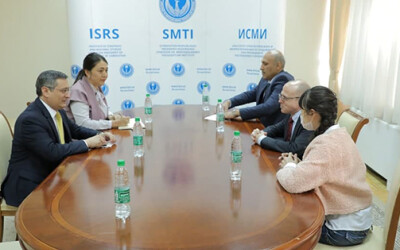